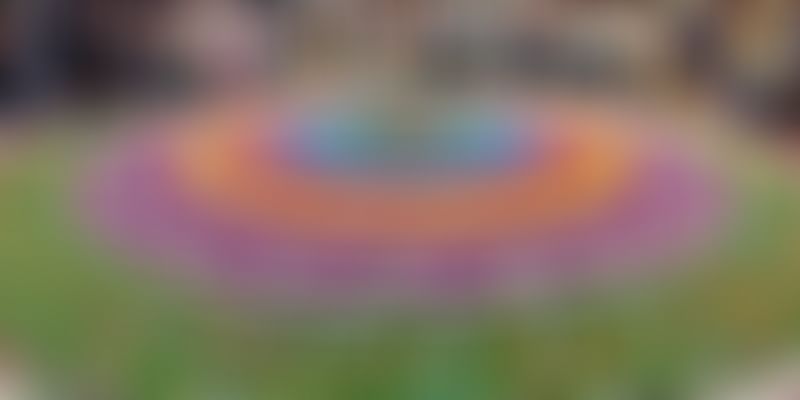 In this festive edition of PhotoSparks, we share highlights from the Karnataka Chitrakala Parishath exhibition on ‘Festivals and Fairs of India.’

Susheela is the Founder and Director of Essen Communications and has conducted several seminars in the past on travel topics like eco-tourism and responsible tourism. “The idea of the exhibition was to convey a sense of the breadth and depth of Indian culture through a slice of different regions of the country,” she explains, in a chat with YourStory.

Over the years, Susheela has covered travel, food, lifestyle, and culture for magazines, travel guides, and coffee-table books on Kerala and Karnataka. She was the Consulting Editor for Karnataka Heritage quarterly, Editor of KSTDC Directory of Karnataka’s Resorts, Author of The Great Outdoors of Karnataka, and Editor for Jungle Tales, published by Jungle Lodges and Resorts.

This Christmas, find the perfect presents with these 5 gifting platforms by women

She has curated the International Photo Exhibition on UNESCO World Heritage Sites in India and abroad, in 2015 and 2017. ‘Festivals and Fairs of India’ is Susheela’s seventh exhibition, featuring the works of travel enthusiasts, professional and amateur photographers, and culture buffs.

“In these troubled times of polarisation and conflict, this exhibition shows the power of unity and diversity,” Susheela evocatively explains.

Now, what have you done today to pause in your busy schedule and work towards cultural unity and harmony?