2019 Throwback: Startups that shut down this year 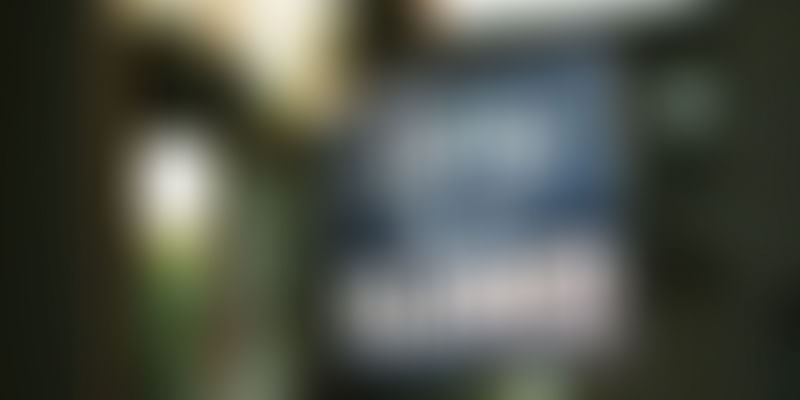 About 90 percent of startups fail within the first five years. YourStory takes a look back to study the startups that failed this year and what exactly led them to shut shop.

But, for every Flipkart, Oyo, Paytm, or Ola, there are 90 other failed startups. In fact, according to a report by the IBM Institute for Business Value and Oxford Economics, close to 90 percent of startups fail within the first five years.

While we do not miss any opportunity to take pride and celebrate these ‘overachievers’ of the startup ecosystem, we often fail to applaud the struggles and challenges that the so-called ‘unsuccessful’ startup founders go through.

YourStory takes a look back to study the startups that failed this year and what exactly led them to shut shop.

What's the emotional cost a founder pays when the startup shuts down?

Bengaluru-based Doodhwala was founded in 2015 by Aakash Agarwal and Ebrahim Akbari. The subscription-based milk delivery platform claimed to deliver more than 30,000 litres of milk every day. All that, before 7 am in Bengaluru, Pune, and Hyderabad.

Standing strong on a foundation of technology, Doodhwala further connected milkmen to daily sources of fresh milk. In a previous conversation with YourStory, the founders had said they targeted anyone with a fresh milk subscription in India — that is 85 percent of all of India.

Aakash had stated: “We see milk as a no-burn pipeline to getting into the customer's household.”

In fact, the founders claimed that they had the lowest operational cost in the industry, approximately five percent.

In October, Ebrahim announced in an email that the startup's rival, Bengaluru-based meat delivery platform FreshtoHome, would be taking over its delivery operations. The email read, “..We regret to inform you that we will be discontinuing our services due to unforeseen circumstances..”

Soon after that, news had it that Doodhwala's employees registered FIRs against its absconding founders over unpaid salaries. Since then, YourStory has been unable to connect with the founders.

Doodhwala was backed by Omnivore Ventures.

Founded in 2012, RUSSSH started its journey as GetMyPeon and was the only errand-running and delivery service in Mumbai. It rebranded itself in 2015, after receiving seed funding of $250,000 from angels. In 2016, it rolled out its mobile application. The startup had completed five lakh tasks and claimed to have a database of over 50,000 loyal clients by the time it went bust.

RUSSSH terminated all its services in June this year. The seven-year-old company was bootstrapped and lacked capital to fight the competition.

Founder Bharat Ahirwar, in an email sent to clients, had said:

“Given that it was a self-funding business, we couldn’t offer great discounts like other emergent players, and to achieve success in a developing service market proved daunting. Building a solid business such as ours became a heartfelt endeavour with a focus on scalability and sustainability. However, the past year hasn’t been very kind to us and it is not without regret that I’d like to inform you of the termination of our services as of June 3.”

Speaking to YourStory previously, Bharat had also said some of the reasons to surrender were the inabilities to get the right team onboard and to raise funding. "It is difficult when a company is run by a single founder," he had said.

The Mumbai-based task management startup competed with Bengaluru-based Dunzo, which was the first Indian startup to get a direct investment from Google in India.

Mumbai-based Koinex was a major destination for cryptocurreny traders in the country. It was founded by IIT and BITS graduates Rahul Raj, Rakesh Yadav, and Aditya Naik in 2017.

Working on a peer-to-peer exchange model under parent company Discidium Internet Labs, Koinex made crypto-trading easier and accessible. It enabled the real-time trading of multiple crypto currencies including Bitcoin, Ethereum, Ripple, Litecoin, and Bitcoin Cash on a single web platform.

The Indian government's war on crypto currency resulted in the casualty of Koinex, which shut its operations in June this year.  The startup had raised an undisclosed amount in its pre-Series A round. The startup was backed by Beenext and other angel investors.

US-returned Sunil Kumar, who was an active lender in Prosper, was surprised to find that small cities in India did not have facilities to avail collateral-free loans. In 2015, he, along with Ritesh Singh, founded LoanMeet to enable retailers to get short-term loans for purchasing inventory

The Bengaluru-based platform provided ultra-short-term loans of 15, 20, and 30 days to retailers, to buy inventory and then repay the startup. With an initial investment of Rs 25 lakh raised from friends and family, LoanMeet competed with the likes of Capital Float and Loan Frame.

The startup shut shop in May this year, as it failed to raise follow-on capital. It had initially raised an undisclosed amount from Chinese investors Cao Yibin and Huang Wei.

Wooplr made massive job-cuts, primarily in operational roles and cataloguing divisions. A source from Wooplr had said the company had stopped taking orders since mid-April this year.

It then shut down operations in May. A mail the company sent its customers read:

“Due to unforeseen circumstances, we have had to temporarily shut down our operations. Hence, request you to support us in this difficult time. We are trying our best to resolve any pending payments over the course of the next few months.”

Wooplr, which was backed by Sistema Asia Fund, Astarc Ventures, and Helion Venture Partners, was struggling to find further investments.