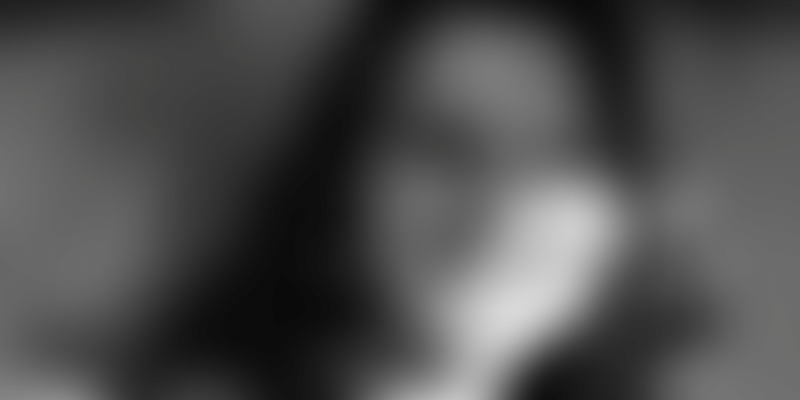 In Jaipur and its neighbouring districts in Northwest India, a 300-year-old tradition is dying a slow, gradual death.

Woodblock printing, the craft as we know it today, which we have also come to associate with ‘vibrant India, colourful India’, is a traditional art form with its roots in ancient Chinese printing techniques. As part of this technique, a carved wooden block is dipped in natural dyes and used to imprint textiles or paper.

As trade and commerce flourished in India, this art of block printing found more acceptance in the country among both artisans and aficionados of hand-printed textiles. The 300-year-old craft peaked, only to face risks of extinction in modern India. A mix of reasons – technology-led competition, lack of skilled artisans, and environmental concerns – pose a threat to this art which India has made its own.

Ahmedabad-based Chhapa has set out on a mission to save and revive this very tradition. The home-grown startup, aimed at delivering environment-friendly and socially responsible fashion, has adapted the age-old technique with quirky, contemporary prints to spark interest among the young digital shoppers.

Business of beauty: how the Indian cosmetic industry spurred the rise of startups like Nykaa

In pursuit of prints

“Uniqueness of Chhapa is mainly the prints,” says Shipa Patel, the brain behind the desi apparel brand. “Contrary to the traditional block prints, our designs are modern, casual, and contemporary, and this has given a new flavour to the art, attracting the younger generation as the customer base.”

The Indian element surrounding the brand is unmistakable. In fact, the very word – Chhapa – means to leave an imprint (chhap) in Gujarati. “When a particular design gets stamped on any material using a wooden block, it is called chhap or chhapa,” the Founder explains.

Shipa, an Ahmedabad native, came up with the idea right after college. An interior design graduate, the 29-year-old was visiting a small village near her hometown Deesa, in Gujarat, and that’s when her first tryst with the art of block printing happened.

“Being an art lover and admirer of handmade things, I was instantly fascinated by the whole process of block printing,” she recalls adding, “I approached the artisans to print a few samples as part of my avocation, and after a few visits, they agreed to do it.”

Chhapa took roots in June 2013. What started originally as a small scale endeavour spearheaded by Shipa and her sister-in-law Shital, has now grown into a well-oiled business, creating jobs worth Rs 25 lakh for the artisans in 2019.

In its seven-year-long journey, Chhapa has built quite a presence among the digital-first consumers. Its Instagram page boasts a following of more than 40,000 users, and the brand also has a physical presence in Ahmedabad and Jaipur. Its workshop is located in the Pink City since that’s where most of the block printing artisans are based.

Her husband Hardik Patel looks after the social media, IT, and business development aspects for the brand.

“We started with small gallery exhibitions and then tried our hands in bigger flea markets. In late 2016, we launched our online store chhapa.in, and in 2018 we launched our first flagship retail store in Ahmedabad,” Shipa says.

“We have been able to map around 12-15 jobs which include the family of artisans, tailors, office staff, and retail staff,” she adds.

For an up-and-coming brand, especially in a domain that relies heavily on artistry and manual skills, Chhapa has managed to churn promising revenue in the past few years. Bootstrapped with a total of 50,000, it clocked Rs 20 lakh in 2018, and in 2019, this figure rose to Rs 47 lakh.

“We are planning to raise funding in future to expand our retail footprint,” the Founder says, letting us in on the plan next. “The next five years will be crucial for Chhapa to further take the brand name to a wider customer base in India and abroad,” she adds.

A business of generations

The making of Chhapa is a story of love and responsibility – love for the art and responsibility to promote sustainable wardrobe choices – a feat that the team is achieving in a few ways. The first of many ways involves dealing with natural fabrics like organic cotton, Khadi, and Chanderi silk.

Much of our merchandise today, ranging from women’s dresses, kurtas, sarees, and accessories to even men’s wear, is made using these fabrics. And given the target customer base, which is the middle-class and upper-middle-class market, the apparel’s price sensibility is also kept in mind between Rs 500 and Rs 5,000, Shipa says.

Secondly, her brand is also strict with the use of natural pigments or azo-free dyes that are certified by the government. This is to ensure that the dyes do not have any adverse effect on the artisans’ health, and at the same time, reduce the impact on the environment, says the Founder.

But, it is the third and most important aspect of Chhapa which lends the brand its unique identity – its efforts towards restoring, reimagining, and reviving block printing – an art that is on the cusp of becoming obsolete today.

“A lot of artisans were on the verge of giving up this art because in today’s fast-paced world most textiles are printed using high-end machines,” Shipa says, sharing a glimpse into her mission which serves a dual purpose, to say the least.

“We want to rejuvenate the art of block printing by giving them the quirky dimension that will help us give artisans more work as we grow bigger,” she adds.