[WATCH] The week that was: from Paytm’s path to profitability to getting food-on-the-go with GruBox 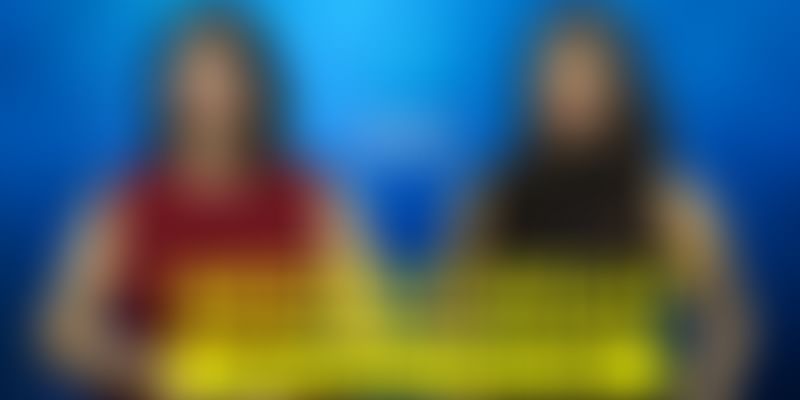 This week, we feature Vijay Shekhar Sharma who charts the plans for Paytm’s IPO, an in-depth analysis of the commodities that will get expensive or cheap post the Union Budget 2020 announcement, and more.

For Sriram Kannan, Co-founder and CTO of Bengaluru-based Routematic, the biggest challenge lies in building something from scratch, which can create a path for others. Perhaps, that's why it's no surprise that his two-year-old transportation-as-a-service startup Routematic already touches over 1.25 million commute trips every month, serving over 85 corporate clients.

At present, the platform has more than 25,000 cabs that travel over 1.5 million kilometres every day, with 300 million geocodes processed per day. And this is all in Bengaluru and Pune – using its fleet of cabs. Sriram tells us, "I bring pace into everything I do. And once that is set, I move on to the next project."

But, his first claim to fame was in 2010 when he was nominated as a "Top Innovator Under 35" by the Massachusetts Institute of Technology (MIT) for his work in telemedicine. In this week's Techie Tuesday, we explore Sriram's journey that led him from a telemedicine app to no-GPS tech and finally, to Routematic.

When workplace meetings and catch-ups are often on the run, why can’t snacking be on the go?  Despite the abundance of food kiosks and outlets at workplaces, getting a snack often involves placing and waiting for an order. This was a pain point that IIT-Kanpur alumni Nishant Mishra and Prerna Singh wanted to resolve.

The duo had earlier founded Snacxy, an on-the-go refrigerated food startup. It was while working on the distribution network that they realised the need for an unmanned retail chain system for India and launched GruBox, which claims to be India's first ML-driven vending store that offers a range of tasty and healthy food and beverages in office pantries and cafeterias.

“We were able to identify a huge need gap for an on-the-go food channel. We began by bootstrapping for around six to eight months in 2017 in Delhi. We believed that the power of technology and real-time tracking would position GruBox as a new retail channel,” Nishant says.

The longest-ever Union Budget in Indian history comes into effect on April 1, 2020.  Besides the new income tax structure that is driving average Indians into a whirlpool of calculations, some other aspects of their daily lives stand to get impacted too. This Budget was expected to boost consumer spending to arrest the slowdown in the economy. But, with most household and daily use items getting more expensive, spending might remain low in the new financial year too.

Decoding Budget 2020: Cigarettes, cooking oil, other items that will cost more from April

Finance Minister Nirmala Sitharaman announced an increase in excise duty on cigarettes, hookah, and other tobacco products. “As a revenue measure, I propose to raise excise duty by way of National Calamity Contingent Duty on Cigarettes,” she said in her speech. However, duty rates on beedis remained unchanged.

Analysts estimate that the price of cigarettes will increase by 5-6 percent across small and large sticks. Even if cigarette-makers were to absorb a share of the price hike, consumers would still have to shell out 3.5 to 4 percent higher on packs.  Following the announcement, cigarette stocks on the BSE tanked. ITC, which accounts for nearly three-fourths of India’s cigarette sales, shed almost seven percent of its value.

In 2015, Menka Gurnani (32) was diagnosed with vitamin D deficiency. The doctor prescribed her few medicines, but she found it a bit uncomfortable to consume the medicines and found it inconvenient to go out in the sun. To understand the problem in-depth, she started reading up and came across a report by the World Health Organisation (WHO), which said a majority of the Indian population is vitamin D deficient.

“Can’t there be a natural food source for vitamin D? This question provoked me as a scientist to work on this. We wanted to find the best possible solution to fight vitamin D deficiency. Our main objective was to find natural foods with high vitamin D content,” says Menka.

Realising the importance of developing a vegetarian food rich in vitamin D, Menka, along with her acquaintance Raj Kumar Maurya, founded Hidaa Lifesciences in 2018. The Ahmedabad startup has developed a technology to extract vitamin D from mushrooms, which is a natural source of vitamin D, and claims it to be 100 percent vegan and whole food nutrition.

From food to fintech. When you think about payments, One97 Communications’ Vijay Shekhar Sharma’s name stands out.

Noida-based payments major Paytm had an astonishing rise after India’s infamous demonetisation in 2016, and claimed market leadership.  But four years down the line, the market is different. Unified Payments Interface (UPI) is eating into the transaction pie of digital wallets, and payments will continue to exist as a zero-fee business in the country.

Having embraced both digital wallets and UPI, Paytm is now setting its sights on filing India’s first technology payments IPO and eyeing financial services as its next major frontier for growth. Looking at the market now with a new perspective, Paytm's plan is simple: monetising the existing customer base while achieving profitability.

And, despite the competition from the world’s largest technology behemoth, Google, and India’s biggest telecommunication disruptor, Jio, Paytm continues to be optimistic about achieving profitability in the next 18-24 months.

BITS Pilani batchmates Jyotiranjan Harichandan and Mohit Yadav spent much of their days in college tinkering with technology and building stuff. After graduating in 2012, they went on their ways to pursue careers at Oracle and Adobe respectively, before reuniting in 2017 to set up a smart mobility startup.

‘REVOS’ stands for ‘revolutionary OS’ or what the co-founders describe as ‘Android for EVs’. It is an IoT-enabled operating system that makes any electric two-wheeler and three-wheeler smart, safe, and connected.

Jyotiranjan adds, “With REVOS, EVs become more like smartphones than mechanical vehicles. For OEMs, we offer a cloud component that helps them manage customer service requests, distributors, and suppliers on a real-time dashboard.”

Paytm to be profitable in the next 18-24 months: Vijay Shekhar Sharma