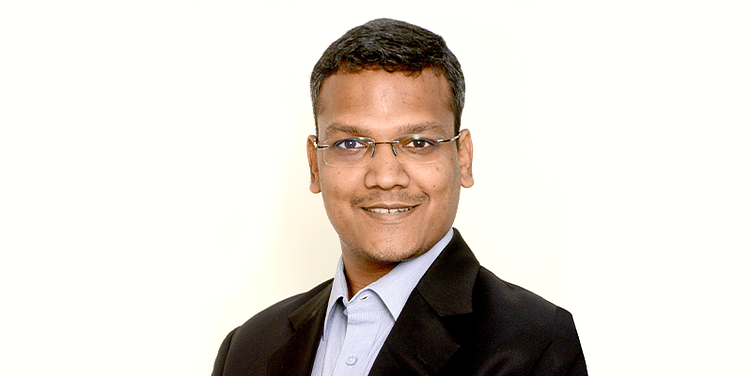 Smartphone, television, microwave, air-conditioner, refrigerator, water purifier....what would our homes be without electronic devices? But ensuring that these devices stay in tip-top condition needs work - and continued servicing.

Mumbai-headquartered startup ﻿Onsitego﻿ was founded in 2010 by Kunal Mahipal as a pick-and-drop service for repairing mobile devices and laptops. Ten years down the line, it has metamorphosed into a customer service startup for personal devices, gadgets, and home appliances.

Initially, Kunal, an alumnus of IIM-Bangalore, did not have much knowledge about repair or after-sales service of electronic or consumer devices, but he decided to venture into this segment after looking at consumption trends.

“It was the time when people were buying or selling many electronic goods, and companies were looking at how they could expand the market. I started thinking about what happens to these products once their warranty period expires,” Kunal says.

However, he rememberd an earlier experience when he was into the apparel industry and said to himself that he would "never start a company that is heavily dependent on external capital".

Bootstrapped Onsitego began by providing after-sales service to mobile phone users where they would pick up the device from the customer’s location and deliver after the job was done. But the team quickly realised that it was not a capital-efficient model as the cost of going after customers and returns were not in sync.

Onsitego then quickly pivoted towards partnerships with various retailers, offering after-sales service. This ensured that the startup got instant access to a larger number of customers.

“We ran with this for three to four years, but then we figured out that we needed to do more,” Kunal says.

People were buying expensive devices and were keen to get extra protection, in case something went wrong. It was around the year 2014-15 that Onsitego got into device protection services and offered plans such as an annual maintenance contract.

“We do not ask too many questions when there is a problem with the device. We just pick it up and deliver after service,” Kunal claims.

Onsitego has tied up with various retailers across the country, including Amazon India, Ezone, Croma, and Vijay Sales. It has also tied up with regional speciality stores like Sanket, Great Eastern, Value Plus, and Viveks.

To reach out to a wider customer base, the startup has entered partnerships with consumer finance companies such as ICICI, Axis, HDB, and Kotak.

However, Kunal is very clear that they are not competing with any dealers or brands. “We are supplementing and complementing existing brands through our services,” he says.

Onsitego has always focused on maintaining an asset-light model. Today, it has a team size of around 400 members, majority of them customer-facing. The startup works with a network of service centres where the jobs are done.

“Today, the industry does not suffer from lack of technical expertise, and we have partnered with authorised service centres of various brands,” Kunal says.

Onsitego has, over the years, developed its own expertise on identifying high-quality service centres through a combination of customer feedback and internal metrics.

According to Kunal, customers have three key needs: speed of service, transparency on the parts being used, and no complaint whatsoever after the job is done.

“We have built automated systems to decide which device or case should be given to which service centre,” Kunal says.

The founder of Onsitego claims that it has around six million customers, and wants to further expand its customer base. This startup provides services for a wide range of consumer or electronic goods, but the top demand comes from four categories: televisions, air-conditioners, water purifiers, and mobile phones.

As part of its strategy to expand its reach, Onsitego has undertaken numerous initiatives. “Today, our warranty segment is a very stable business where we have built the technology capability and network of service centres. But now, we want to talk to customers directly,” Kunal says.

Onsitego has so far been a B2B2C company, providing services to end customers through an indirect route - customers come in through brands or retailers.

This startup now wants to be a one-stop shop for all kinds of customer service requirements for electronic devices, and plans to directly reach out to them.

“There are many things we are doing, like AMC, on-demand service, home warranty, and one single umbrella plan to take care of all products,” Kunal says.

Mobile gone bust? Now get it fixed at home through Mobigarage

In February, Onsitego raised $19 million in Series B funding, led by Zodius Growth Fund with participation from existing investor Accel.

Prior to this, the startup had raised $2 million in 2015 from Accel; Kunal claims it was an "incoming request". The new funding will be primarily used for expansion, branding, and marketing initiatives.

The numerous initiatives Onsitego is planning include Internet of Things (IoT) products like Amazon’s Alexa, which Kunal believes is capable of much more than merely streaming music.

“We want to create a high-quality team of engineers who will help customers in understanding technology,” he says.

All these steps go into creating a brand where customers come directly to them, whether it is for after-sales service, warranty, installation, or buyback.

“This financial year itself we have added 1.25 million new customers,” Kunal claims.

Onsitego says it services almost every pincode of the country, and that its business is not restricted just to large metros alone. There is demand from rural and semi-urban locations, he says.

Kunal claims Onsitego has always been a cash-positive and profit-making company. In the last four years, it has recorded a compounded annual growth rate of 99.7 per cent.

The startup has its own set of challenges. “In our earlier strategy of attracting customers indirectly, the cost of acquisition was fairly manageable, but in B2C it is high," Kunal says.

He adds, “Typically I would not like to have a customer who does not make a profit for me, but as an entrepreneur I have started to think about targeting a wider audience where we can bring aa bouquet of services to all products at home.”

This would also require a reorientation within Onsitego where the entire organisation rallies to create a brand with certain values as they would now be directly dealing with retail consumers.

Kunal says, “We are not a sales and services company. Our mission is to become a customer-obsessed company.”