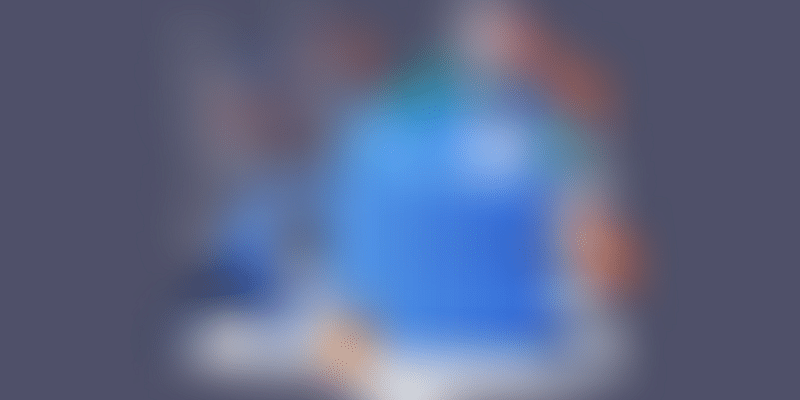 The coronavirus pandemic has put startups in a dire situation, with most keen to survive to thrive another day. Founders and investors want the government to provide economic support and ease compliance burdens to help companies tide over the crisis.

The coronavirus pandemic may be the biggest challenge for India’s startup ecosystem.

As the world continues in lockdown mode and business activities are frozen, confusion, uncertainty, and struggles seem to be par for the course.

For startups, the biggest challenge is one: the availability of cash.

Arihant Patni, Managing Director, Ideaspring Capital, in a recent note highlighted this issue. “Startups don’t generally die for a lack of ideas. They die because they run out of cash. Put in place a plan to conserve cash. Be aggressive in this plan; early action will be much more impactful than later action.”

Arihant was clear that startups needed to have at least 12 months of cash in hand, because “it is likely that that is what you will need”.

But most startups don’t have these cash reserves, which is resulting in pay cuts, lay-offs, and inability to pay off huge loans.

It is clear that COVID-19 has upended the established order of things. The anxiety over what the future may bring is palpable among founders and investors.

In a memo to founders and CEOs, Sequoia equated coronavirus with the “black swan of 2020”, stating it could have far-reaching implications. Its guideline to startups was simple: question every assumption, be it the business, cash runaway, fundraising, sales forecast, marketing, headcount, capital funding…the list went on.

However, it’s not easy for startups, which by and large, depend on daily transactions to generate cash. This has come down to almost zero in the current environment.

In such a scenario, there is a consensus within the startup ecosystem that government can “do much more” to lessen their financial pressure if it expands the scope of tax refunds.

In the first week of April, startups met Commerce and Industry Minister Piyush Goyal and raised their concerns, ranging from the question of liquidity crunch, cash flow, revenue problems, labour matters, and other difficulties in running the ventures due to lockdown.

The government, meanwhile, has already initiated the process of tax refunds up to a limit of Rs 5 lakh to ease the liquidity pressure on businesses due to coronavirus.

According to the Central Board of Excise and Custom (CBIC), it has already settled goods and services tax (GST) refund claims worth Rs 5,575 crore.

In addition, the Central Board of Direct Taxes (CBDT) has ensured income tax refunds to nearly 8.2 lakh small businesses worth Rs 5,204 crore since April 8.

These measures are expected to lessen the financial burden, especially on small and medium-scale enterprises.

Even though the government has taken this step, much more needs to be done as the scope of this initiative is limited. It largely applies to businesses whose annual turnover is not more than Rs 50 lakh, effectively blocking out many startups.

Siddarth Pai, Founding Partner, 3one4 Capital, says, “Refunds are the rights of the taxpayer and any measure taken on this has to be done in an expeditious manner.”

The liquidity crunch comes with a paradox: Companies and businesses are struggling to raise funds while banks are flush with liquidity, given the various measures undertaken by the Reserve Bank of India (RBI) to improve the money supply.

At the same time, banks have also witnessed an increase in deposits as people are moving investments from stocks or mutual funds into safer avenues.

Under normal circumstances, banks deposit excess money with RBI. By February 20, this year, they had deposited Rs 39,983 crore with RBI under the reverse repo window. By April 12, this had surged to Rs 701,699 crore.

The RBI, in a policy statement, admitted, “Despite ample liquidity in the system, its distribution is highly asymmetrical across the financial system, and starkly so within the banking system.”

Given the current downcast economic situation, financial institutions, and banks are hesitant to lend, fearing a rise in non-performing assets (NPA) in case of default of loans.

Given the situation, Siddarth feels the government can be more creative or innovative to improve the lending system, especially for startups.

“The government should look at alternative means of funding startups, especially through the mechanism of tax refunds,” he says.

According to him, banks can lend to startups based on their tax refunds. This would mean that data is shared among startups, the income tax department, and banks.

Startups can approach banks and tell them how much refund they are likely to receive, and 100 percent of that amount can be given to them at six percent interest rate, he says.

“This will ensure that startups get necessary funds, and banks can increase their money supply,” Siddarth adds.

The six percent interest makes it economically neutral (as this is the rate of interest the government pays for tax refunds) while ensuring liquidity is available at will. This will also ensure that the loan does not end up being a NPA as it is directly linked to tax refunds due from the government.

Today, startups need cash more than ever as the funding momentum from investors has declined drastically and there are no new alternative routes.

The predominant sentiment among VCs in the coronavirus-hit world is caution.

YourStory research reveals the downward trend over the last couple of weeks. Investments into startups in the first three weeks of April this year have averaged to about $140 million each week; earlier, it was around $350-400 million.

As one entrepreneur says, “We are running a very tight operation with minimal outflow, but we can only stay like this for maximum two months. After this, we may need to close down.”

Governments across the world, including the US, Japan, and Germany, have already rolled out economic stimuli measures. According to reports, these three countries have spent between 10 and 20 percent of their GDP in the form of economic stimuli and relief measures.

V Balakrishnan, Chairman, Exfinity Ventures, says, “There is a need for more direct support from the government for startups to save both, companies and jobs.”

He cited the example of a programme in the US where the government is providing direct cash support to small businesses and startups by covering wage costs. “This way, one can solve the unemployment problem,” he says.

Industry observers are also sceptical about implementation of various government schemes, especially from the tax department.

An example is the angel tax issue where some startups are still facing challenges despite assurances from the government. Many feel that the government is not biting the bullet, in terms of providing “critical support for startups in the country”.

However, there are reports that the government plans to come out with one more economic stimulus package. Startups, big and small, are hoping this will translate into good news for the entire entrepreneurial ecosystem.

Disclaimer: 3one4 Capital is an investor in Yourstory