How these 2 college friends built a multimillion-dollar gaming business 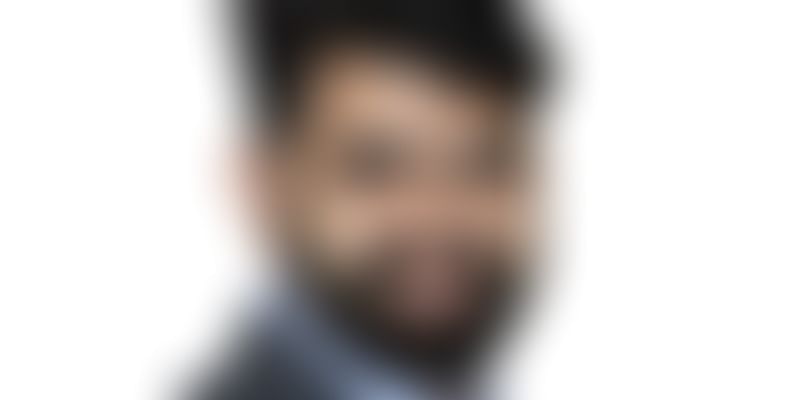 Vinit Godara and Sanjit Sihag started MyTeam11 in 2016 after watching the semi-final match between India and Australia during the ICC Cricket World Cup 2015, which India lost.

Gaming has become a mainstream business nowadays, thanks to the coronavirus pandemic. There is a lot of money involved in fantasy sports. Just like Dream11 and Gamezop, there is a company, MyTeam11 that is rapidly growing.

Vinit Godara and Sanjit Sihag started MyTeam11 in 2016. They conceived the idea while watching the semi-final match between India and Australia during the ICC Cricket World Cup 2015, which India lost.

“While watching the match we kept discussing the poor selection of Team India, wondering how it could have been better if there was a way we could build our own team and create an environment where we can focus on players rather than the team. These discussions led to the birth of MyTeam11,” says Vinit.

Vinit and Sanjit are friends from college. Vinit was Sanjit’s senior at Arya College of Engineering in Jaipur.

“We have launched a consumer-focussed product and are trying to bridge the gap between a sports fan and the sport. Through our application which features six sports, namely, cricket, kabaddi, volleyball, basketball, football, and hockey, loyal fans can showcase their knowledge of the sport by building their own teams during matches and get rewarded for their accuracy as well,” says Sanjit.

The idea behind MyTeam11 is to get the fan more involved into his or her favourite team sport. The platform demonstrates the fan’s finesse not just by words but by actions as well, which result in monetary rewards.

The fantasy gaming ecosystem rapidly grew during the last four years. There was only one player, but in 2016, MyTeam11 was launched. The industry grew bigger and more regulations and legalities came into place while at the same time even fans and customers started understanding the sector well, hence increasing their participation manifold.

According to data sourced from the Registrar of Companies, the company's turnover was Rs 8.5 crore for the financial year 2019, a significant jump from the Rs 1.8 crore in revenue that it garnered for the financial year 2018. The company does not want to reveal its numbers for FY2020, but, sources say that the founders had a significant growth plan to reach Rs 50 crore.

The company was not in profits for the financial year 2019.

KPMG recently estimated the industry size to be more than $1.1 billion by the end of 2023. “I think we will achieve this target before the estimated time, and that clearly explains how rapidly the industry is growing. Fantasy gaming has garnered huge popularity in the country and its acceptance has only grown in numbers in recent times to an extent that we now see many fantasy sport brands even advertising and sponsoring tournaments on a regular basis,” says Sanjit.

With many players now, the industry has slowly started consolidating. User experience and ease of operation is the winning point in the industry and that has resulted in numerous players shutting shop and a few wanting to sell off. Between 2017 to 2020, MyTeam11 has seen that the cost of acquiring a customer on a single platform has increased 3x, so there is a need to have deep pockets to survive in this competitive market, the promoters say.

MyTeam11 enjoys a loyal customer base and is the second most popular company in the fantasy gaming space. As a company, MyTeam11 focusses on solving customer needs while constantly rolling out new features to engage customers, the promoters add.

“We have a simple process that is very transparent and involves a joining and entry fee. Once someone joins the platform post the fee payment, they are free to play in two modes as per their preference and choice, based on their level of expertise,” says Sanjit.

MyTeam11 got its first client after marketing the gaming platform on social media in April 2016. It is a boot-strapped organisation, and hence its focus is on acquiring paying customers and creating engaging experiences targeting positive cash flows, which is critical to operate in the heavily-crowded OFSG sector.

“The biggest challenge for us was to find our space and engage our audience, and thanks to a great product that we offered, we have been able to survive,” says Sanjit.

Constant innovation at a rapid pace is one of the biggest challenges in the fantasy gaming market and MyTeam11 remained relevant in bringing product innovation by introducing the safe play mode where players can select their team in cricket before the first ball is bowled, unlike the regular mode where team selection has to be done an hour before the first bowl is bowled. They also have the regular and safe modes operational on their platform.

“For every game being played in real, we create a league on our application. The customers pay an entry fee to participate in the pool. Thereafter, based on their skill and knowledge, they select their own set of players. Now as far as our revenues are concerned, they are only 10 to 15 percent of the platform fees from each player,” says Sanjit.

In the near future, the gaming company wants to focus on Indian Premier League (IPL). Although the event has been cancelled because of coronavirus pandemic, the founders are constantly making efforts to innovate and provide customers world-class and engaging content on their platform. Keeping this in mind, they have recently tied up with Dentsu X to enhance digital marketing. While investing heavily into marketing, they are also making constant changes to the products, customising them for individual users.

So, in the next 18 months they will wait for sports events to open. “We have also moved our text stack from colocation centre to AWS Cloud. Our next 18 months charter looks very heavy from a marketing side with operational challenges. We are expanding our business from Jaipur and are starting our new office in Gurgaon in order to rope in the best talent as we are growing fast,” explains Sanjit.

The startup has launched an application called SportsTiger which focusses on publishing content like match scores, highlights, fantasy match predictions, as well as LIVE streaming.

Currently, the platform has 10 million plus customers.

Product customisation, innovation, and availability in various regional languages are their biggest USPs. The fact that they have two different modes for enthusiasts and specialists also ensure that their customer base stays loyal to them. The startup wants to make regional languages more native to the application.

Their 24/7 support system which allows users to contact the startup through a call, chat, email or even through Facebook has been a big hit as they are the only company to provide user support.

Initially, MyTeam11 struggled to scale its on-premises, Microsoft Windows and SQL Server–based application environment as user traffic spiked tenfold during the IPL season. Instead of remaining mired in such “sticky wicket” conditions, MyTeam11 turned to Amazon Web Services (AWS). With AWS, the company was able to automatically scale to support millions of users during peak time, deliver software features 70 percent faster, and save up to 80 percent on licencing and provisioning costs. Sports draws millions of users and if the system is not ready then the whole engagement collapses because of data loss.

MyTeam11 decided to run its application infrastructure with AWS. It runs its Windows and SQL Server-based application environment on Amazon Elastic Compute Cloud (Amazon EC2) instances. They use Amazon CloudFront as the content delivery network for the MyTeam11 website. The company also takes advantage of AWS CodeDeploy to automate software deployment and support its continuous integration/continuous delivery (CI/CD) pipeline.

No wonder Indian gaming is growing. It’s emphasis on technology and fan engagement is what makes MyTeam11 click.