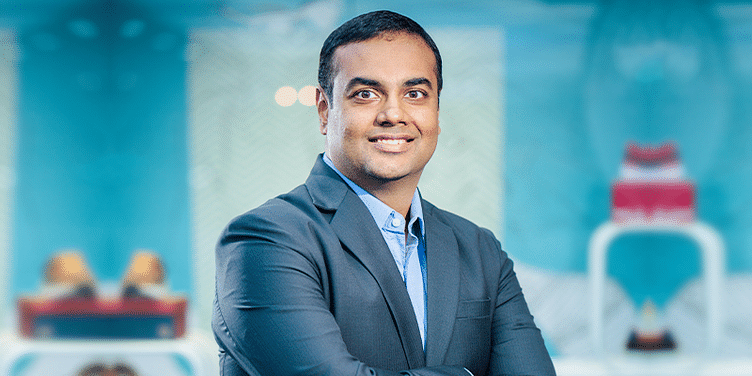 The ecommerce behemoth’s new offering is part of its strategy to tap new customers by making the process of buying things online similar to buying things at a physical store. The feature currently supports Hindi and English, with more to come.

A simple, easy-to-comprehend sentence, no matter where it is spoken in India. Part English, part Hindi, every shopkeeper in the country will react almost robotically to this simple, run-of-the-mill demand, like there’s nothing wrong, syntactically.

But utter those words to the best speech recognition and comprehension software that exists today, and one might end up with a garbled, unrelated response that serves no purpose.

How Flipkart kept its users engaged during lockdown with effective collaboration

Flipkart, which is developing the tech in-house, sees VA as a way to tap first-time users and convert them into lifelong customers by offering them as natural a shopping experience as they’re used to in the real world.

By enabling customers to speak into their phones directly, the way they do at physical stores, using all permutations and combinations of speech, Flipkart hopes to become an online extension of those physical store-fronts, and essentially replace the shopkeeper.

The move is part of the ecommerce giant’s strategy to reach the next set of online shoppers – potentially 200 million people – from lower-tier cities.

“Voice Assistant will help us reach the audience at scale,” says Jeyandran Venugopal, Chief Product and Technology Officer of Flipkart, in a conversation with Yourstory.

Tech-savvy users and those residing in metro cities – basically people who are accustomed to shopping online – will find that the feature makes their purchase experience more streamlined and efficient.

“Voice becomes a big enabler and is also a greater leveller, especially for users who are new to ecommerce,” says Amit Z, Senior Director of Product and Engineering at Flipkart.

Currently, VA is available in Hindi and English, and can only be used for grocery shopping, Flipkart says. More languages, as well as product categories, will be added in due course of time.

The company recently launched a Hindi version of its app in its quest to access a new set of customers, and infuse a sense of comfort into online shopping – an endeavour Jeyandran calls “the democratisation of the internet.”

Flipkart began building VA following a deep ethnographic study of people in small towns, which gauged their needs, inhibitions, and measures that could be employed to help them feel comfortable shopping online.

“When this category of people look at shopping, they exhibit an innate desire to talk to a real person. Reading and writing puts an inordinate strain on them,” says Amit.

The main takeaway from this five-month study was that shoppers in lower-tier cities preferred a bit of handholding while shopping, and that they’re more comfortable conversing in their own language while doing so – including using a mix of two or more languages.

Those insights helped Flipkart define what its Voice Assistant would look and feel like.

Voice Assistant uses multiple technologies such as machine learning, big data, analytics, cloud, natural language understanding, machine translation, transliteration, and text to speech, among many others, but making a piece of tech that can comprehend hundreds of dialects and inflections, along with different modulations, especially in a country as diverse and varied as India, is a different kind of monster.

“It starts with speech recognition and recognising the fact that in India, the same language has different kinds of pronunciations,” says Jeyandran.

There is also a sophisticated interplay of voice-to-text, and vice-versa, with the addition of images to put everything into context, and all this has to be carried out quickly to keep the customer glued to their shopping activity.

But more importantly, there was market-traction for a platform that could understand two languages, concurrently.

The platform was imagined as a mobile-light application, where the device itself did not have to do much.

“We’ve got robust cloud back-end which does the heavy lifting of processing the speech signals. The device is not doing any heavy-weight processing,” says Jeyandran.

Using machine learning algorithms, the Voice Assistant will constantly collect data at scale, measure itself, and even keep improving over time, Flipkart says.

Flipkart’s decision to first roll VA out to grocery was driven by its huge customer base in the vertical, as well as a high degree of probability of repeat purchases.

“Another reason we targeted this segment is because online grocery shopping is one of the most under-penetrated categories within ecommerce and a huge potential to grow and solve for customer adoption. Also, the clear customer intent and frequent purchases of essentials make it ideal to host a feature like Voice assistant to assist in basket building for the tech savvy users while fast-tracking the adoption of ecommerce for new users online,” says Jeyandran.

Grocery buying and selling is a multi-billion dollar market, but online transactions form just about one percent of the total, according to various studies.

“Grocery shopping consistently came out as a top category when we did our research. Typically, you see users calling up their local stores through the phone to place their orders,” says Amit.

These are still early days for Flipkart’s Voice Assistant, but the initial feedback has been “very encouraging.”

“The usage of Voice Assistant has gone up 5x in the last couple of weeks,” says Amit, adding that the company will continue improving the software’s intuitiveness.

The feature will eventually include other languages, but there’s no fixed timeline, the company says.

“Right now, it is a very nascent platform, and we are also learning from it. We will look at how to accelerate this and speed up the adoption,” says Jeyandran.