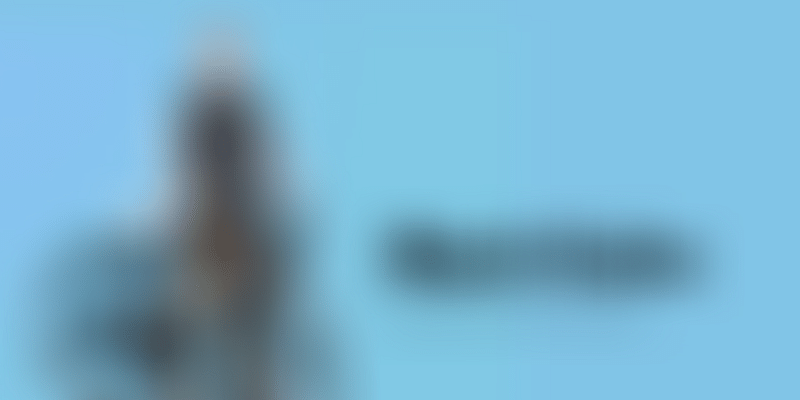 Mumbai-based Omnivore, one of India’s first sector-specific VC funds, has backed 24 agritech startups so far, including breakouts like Stellapps, DeHaat, and Intello Labs.

When Mark Kahn wanted to set up a venture fund for investing in food and agribusinesses in India, he was scoffed at for his “terrible idea”.

It was 2010, a time when Indian venture capitalists were busy chasing consumer-facing businesses. “They were doing either Flipkart or Freshworks in those days… just ecommerce and lots of SaaS,” Mark tells YourStory.

Agriculture — a sector heavily regulated by the government, largely traditional with little or no exposure to digital, and mostly unpredictable due to its heavy dependence on climatic conditions — was not on the VC radar.

But Mark, who was heading strategy and business development at Godrej Agrovet (agribusiness arm of the Godrej Group) was “privy to the pipeline of startups" in the sector, having been exposed to rural India and farmer lives.

“Entrepreneurs would pitch to corporates since generalist VCs weren’t looking at this sector. But it didn’t make sense to us [Godrej] because we didn’t want to put their losses on our balance sheet. That is how the idea of launching an agritech-focused fund came about.”

Omnivore (earlier Omnivore Partners) launched in 2010 as one of India’s first sector-specific VC funds. Mark also roped in Jinesh Shah as his co-founder. Prior to this, Shah was the VP and CFO at Nexus Venture Partners. “He knew startups and how to run a VC fund,” Co-founder and Managing Partner Mark says.

The fund hired agronomists, precision agriculture specialists, former CEOs of dairy and food processing companies, and past executives from the UN-backed International Fund for Agricultural Development to build its 12-member team in Mumbai.

For its first fund, Omnivore raised $40 million from the Godrej Group and other domestic investors. In 2011, it made its debut investment in Skymet (developer of weather forecasting and remote sensing technologies). At the time, 45 percent of Skymet’s revenues came from supplying climate and crop data to farmers.

“Agritech was gaining focus globally. But large corporates in India couldn’t bring about the breakthrough innovation or R&D that agriculture needed. There were several entrepreneurs who could solve that, and we wanted to be the first source of institutional capital for them. We were clear that we didn’t want to go the A&A [angels and accelerators] route.”

Since 2011, Omnivore has funded 24 startups across agritech sub-sectors.

At present, about one crore farmers use the products and services built by Omnivore-funded startups. The VC has doubled its farmer-network in the last three years, and presently manages a capital of Rs 950 crore.

But it’s not done yet. “India has 130 million farmers. That’s a huge market still to tap into,” Mark says.

To make the most of the rapid growth in agritech led by government reforms and initiatives, Omnivore closed its second fund in 2019.

It has a corpus of $97 million, 80 percent of which was raised from foreign limited partners (LPs) with a “huge interest in India”  and development finance institutions (DFIs) from European countries. It is also backed by India’s SIDBI.

Omnivore has deployed 30 percent of the capital from Fund II across 11 startups, and is looking to raise a third fund in late 2021. The corpus is still undecided. So far, it has partially exited two portfolio companies (Skymet and Stellapps), and fully exited agro equipment-maker MITRA after its sale to the Mahindra Group in 2018.

Are agritech exits challenging in India? Not really, says Mark. “We have never invested in hardcore burn models anyway.”

Omnivore has been singularly responsible for bringing an under-penetrated sector into mainstream focus. This allowed it to go deep into agri that provides livelihoods to nearly 60 percent of India’s population.

“We generally come in at the seed stage, and go up to Series A. In some cases, we continue follow-up investments till Series B, but not beyond that,” Mark reveals.

Omnivore’s portfolio startups believe that a VC with a deep sectoral focus comes with many advantages.

“Having an agritech-focused VC helps us deeply understand the nuances of operations and needs of agribusinesses, and also get connected with key people who can explain the supply chains in detail. Apart from that, providing the right direction to our efforts is most important.”

Chandigarh-based AgNext is among the rapidly growing startups in Omnivore’s portfolio. Other breakouts include Intello Labs and DeHaat, which are scaling up at a “breathtaking speed” without any de-growth, according to the VC.

“Even Stellapps is reaching a whole new level of growth. It has already connected over five million dairy farmers on its platform,” Mark says.

Even though finding “good” startups in the agritech sector was a challenge initially, the tables have turned in the last few years.

Omnivore too claims to have witnessed a surge in the number of pitches. “In 2012-13, we’d get about 50 pitches a year. Of that, we did three to four deals. Now, it’s a deluge. We’re getting more than 400 pitches a year,” Mark reveals.

As a result, overall round sizes have gone up too.

Mark shares, “In 2012, an archetypal seed-stage deal would be Rs 7 crore for 30 percent equity. Now, it is Rs 10 crore for about 25 percent stake. There is healthy interest, but we’re not seeing insane money yet. No one has done a $5 million seed round or a $20 million Series A round in agritech so far.”

Even the quality of the average entrepreneur is better now.

“There are second-time founders and people with corporate pedigree. When we started out, there were no funds to co-invest with. Now, you have generalist VCs, impact investors, and strategic investors looking at the space,” Mark adds.

What has made agritech the sunrise sector that it is today?

It could be a combination of reasons, one of which is the Modi-led government’s agri push focused on doubling farmer incomes. The other, and the more pronounced, reason is the overall ecosystem evolution.

“VCs discovered Bharat and B2B marketplaces in 2015-16 with Udaan [India’s fastest growing unicorn] and Ninjacart [agritech soonicorn]. Until then, the focus was on ecommerce and the top 20 percent of urban India. But VCs realised that they can’t keep investing in the same thing. There were challenges to solve across the economy and population segments. That pivot of focus to B2B brought agri and rural fintech into the VC ecosystem.”

Following the “pivot”, agritech became one of the top-funded sectors in India. In a 2019 report, NASSCOM estimated that there are more than 450 agritech startups in the country, and funding has shot up 300 percent in the sector.

“With more local farmers accepting innovative startup solutions, there has been a considerable shift witnessed from B2C to B2B startups. Corporates and investors are playing a vital role in supporting this with over $200 million investment in B2B startups in the past 18 months, making it a key revenue-generating segment in the overall sector,” the report stated.

Despite the chaos caused by the coronavirus pandemic, Omnivore claims that its startups have recovered well. “COVID-19 disrupted the ecosystem but it also accelerated digital migration. Rural India is seeing a V-shaped recovery,” Mark explains.

He adds that most of its portfolio companies are in growth mode, and have reached “well above pre-COVID-19 levels” in demand and sales.

In H1 2020, Omnivore has made several investments — both as a lead investor and as a participant in rounds led by others — in growth-stage startups. These include Clover, DeHaat, Bijak, GramCover, Arya, and TechnifyBiz (now known as Farnley). “Aquaconnect too... what it has done with coastal farmers during COVID-19 is great,” Mark says.

Going ahead, Omnivore looks to sharpen its focus on sectors like farm-to-consumer, agri biotech, and innovative food brands. Mark says that “VCs have traditionally under-invested in these sectors” but they are likely to gain prominence in a post-pandemic world.

Omnivore also credits the government for "prioritising and passing meaningful reforms that had been pending for years" to drive the recovery of India's agricultural sector.

The recent amendment of the archaic Essential Commodities Act also indicates the government's intent to deregulate the sector.

Under this new Act, agri-food items can only be regulated during “extraordinary circumstances such as war, famine, extraordinary price rise, and natural calamity”.

This allows farmers more control over the supply, distribution, and pricing of produce, and even lets them attract more investments in cold storage and supply chain infrastructure.

“The government has done a great job on rural India, and has handled the post-COVID-19 recovery of the sector very well," Mark says.

By 2022, the government looks to increase agricultural exports to $60 billion, and also double farmer incomes. Omnivore believes that rural India “will carry” urban India on the road to economic recovery post the pandemic.

“Its time has come,” Mark says.