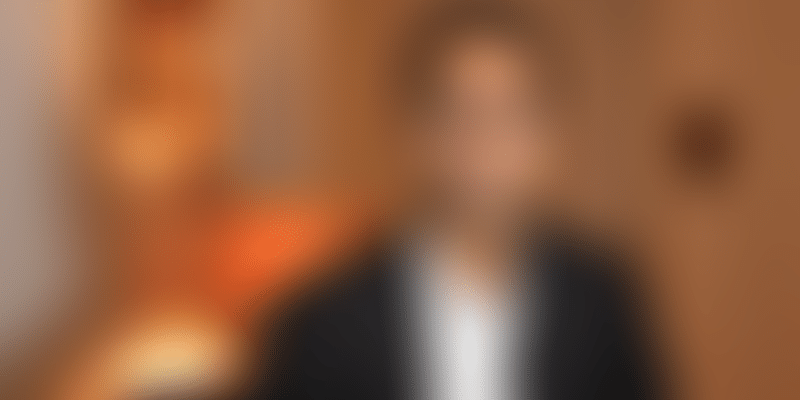 WhiteHat Jr, a coding platform for kids, burst into public consciousness in August when edtech decacorn BYJU’S acquired it for $300 million. However, the startup has been plagued by worrying allegations after reaching dizzying heights. Here’s a timeline of events.

Mumbai-based coding startup WhiteHat Jr and its founder Karan Bajaj became the toast of India’s startup ecosystem when the country’s largest edtech firm ﻿BYJU'S﻿ bought it out in a $300 million all-cash deal in early August.

The transaction was eye-popping for a bunch of reasons:

a) This kind of exit was unheard of for a merely 18-month-old startup, which, until then, was almost non-existent in the public eye.

b) It was the fastest idea-to-exit story India had ever seen. For an ecosystem starved of big exits — and continually derided for it — this was a near fairytale.

c) It was also the fattest exit for any startup. WhiteHat Jr was valued at just $30 million in August 2019, but its valuation ballooned 10X in a year. It had also hit an impressive ARR of $150 million at the time of being acquired.

d) Unlike most founders who sell their companies, Bajaj held over 40 percent stake in WhiteHat Jr at the time of exit, which meant he pocketed a mammoth $120 million (close to Rs 900 crore).

All these factors meant Bajaj, who was a yoga teacher and novelist in his earlier avatar, was celebrated and catapulted to stardom overnight. He began making appearances in a series of interviews, podcasts, and virtual events to talk about blitzscaling a startup in India.

Suddenly, ‘The Yogi Who Sold His Startup’ — a bit like The Monk Who Sold His Ferrari — became the perfect inspirational tale for our pandemic-inflicted times.

However, it all went downhill rather rapidly.

By October, WhiteHat Jr became one of the most publicly criticised startups. Trouble had started brewing a month before.

The ads claimed that six-and-seven-year-olds, who’d taken coding classes on WhiteHat Jr, have built apps and websites, and even become TedX speakers.

One nine-year-old ‘Wolf Gupta’, who was later found to be imaginary, had landed a job at Google with a multi-crore pay package. These ads were soon called out by the public and advertising experts.

About 15 complaints on seven WhiteHat Jr ads were filed with the Advertising Standard Council of India (ASCI). The company was soon instructed to pull down the ads for making dubious claims and violating ASCI’s code of conduct.

Interestingly, at TechSparks 2020, Byju Raveendran conceded that WhiteHat Jr’s messaging may have been improper, and promised to improve it.

“When you’re doing something new and there’s no playbook, you can only do it by making multiple mistakes… We will improve our communication and make sure our messaging is right,” he said.

Bajaj too wrote on LinkedIn, “We’ve made mistakes while growing up. Our marketing campaigns were poorly designed, which we changed.”

However, WhiteHat Jr came under scrutiny for other reasons too. One of its staunchest critics, whom it would later go on to sue, was Pradeep Poonia.

In September, Poonia, a former Cisco engineer, started drawing public attention to WhiteHat Jr’s practices spanning across advertising, teaching, curriculum, and employee code of conduct. He pointed out in a series of YouTube videos that Wolf Gupta’s (the fictional character) age and salary kept changing across ads — from nine to 14, and Rs 20 crore to Rs 150 crore.

Poonia further alleged that the company had far fewer educators compared to what it claimed, and most of them had limited or zero coding knowledge.

He even claimed that WhiteHat Jr was a “Ponzi scheme” that was charging lakhs for imparting coding lessons that were available on the internet for free.

Poonia had all his posts and videos removed. This repeated over days and weeks across platforms. Some customers (parents of kids) who posted negative reviews about the service allegedly also had their feedback erased.

In late-October, rival coding startup Tekie alleged that a “senior employee” of WhiteHat Jr was impersonating a sixth grader to attend a live class on its platform. Not only this, the said individual was also “illegally recording” content off Tekie’s live class. WhiteHat Jr dismissed the allegations.

But Tekie’s founder went on to post a detailed video of the entire episode.

By early November, things got even darker. Poonia made a fresh set of allegations against WhiteHat Jr. He shared screenshots from the company’s official Slack channels to establish proof of his allegations about the lies it propagates.

In a series of tweets — many of which have been deleted since the court hearing on November 23 — he made startling revelations, including one where Bajaj (who’s a part of the ORM channel on Slack) is seen saying “that we have to build” when told that a customer wanted to see the apps built by WhiteHat Jr students as claimed by the company.

Poonia also flagged inappropriate comments made by WhiteHat Jr employees about female candidates who appeared for video interviews. All these tweets have been taken down on the order of the Delhi High Court.

Just a week after this exposé, came the lawsuit.

Legal battle and what lies ahead

Bajaj filed a Rs 20-crore lawsuit against Poonia in the Delhi High Court, accusing him of defamation and hacking into its servers, downloading and distributing content and curriculum, trespassing the company’s internal communication channels, and violating trademark and copyright by using ‘WhiteHat Snr’ in his social media profiles.

In the first court hearing on November 23, Bajaj won an ad-interim injunction against Poonia. The Delhi HC issued a temporary gag order restraining him from performing certain actions.

These include taking down unsubstantiated tweets on WhiteHat Jr, stopping sharing of screenshots or videos, not downloading or distributing proprietary content or accessing internal communication channels, among others. Poonia has three weeks to file an affidavit, and the next court hearing is on January 6, 2021.

WhiteHat Jr also filed a Rs 14-crore defamation suit against its other vocal critic and angel investor, Dr. Aniruddha Malpani. It alleged that Malpani’s “false tweets” were causing damage to company reputation and it got a gag order on him too.

Incidentally, Malpani has backed Bibox Labs, Multibhashi, and ConceptOwl, which are said to be WhiteHat Jr competitors. His next hearing is on January 14, 2021.

BYJU's among world's top 10 education apps downloaded during the lockdown

“We didn’t want to go to court. Startups require intense, singular focus with no distraction. But false, unethical attacks, including attempts to breach into company servers & defame women teachers, severely impacted employees & teachers daily. News cycles turned against us because negative stories are far more sensational than the truth.”

He also added, “Legitimate, honest fact-based criticism is truly welcome. Blitzscaling is hard. Fires burn all over. Keep giving us feedback to improve. But lies and illegal breaches damage real lives & take no one forward.”

What seemed like a minor win for WhiteHat Jr was soon offset by another challenge, which involved a data breach that exposed details, including personally identifiable information (PII), of 2.8 lakh students. The “vulnerability” was discovered by an independent security researcher.

Besides the PII of minors, the researcher also found that confidential information on teachers, parents, salary statements, class recordings, and other internal company documents were also left exposed. WhiteHat Jr acknowledged the issues and said that it was working on a fix.

However, the entire fiasco has put forth some critical questions for the ecosystem, the most important of which is: What are the best practices that young startups must put in place to avoid future sagas of this scale?