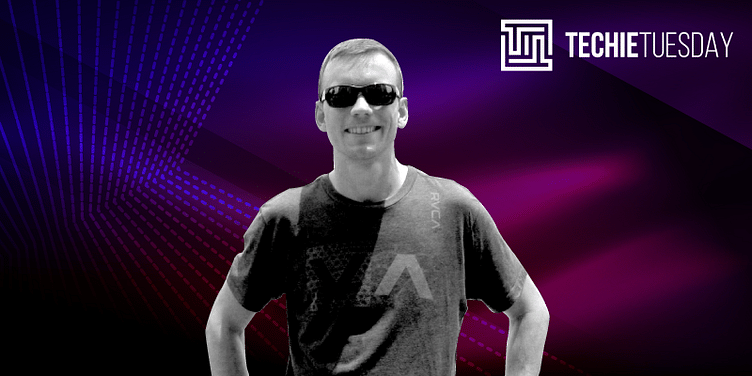 Over the years, his interest in tech has evolved. During his university days, Benjamin was working on robotic systems, with a focus on machine learning. He went on to study ML and eventually build systems at Google and core personalisation recommendation engines at YouTube.

However, a recipient of the Tech Emmy Award for the Development of Personalised Recommendation Engines for Video Discovery for YouTube, Benjamin’s initial career choice wasn’t in tech.

“I was always curious and inquisitive. I was interested in a wide range of things. I wouldn't say that I was necessarily interested in computers from a young age or had a propensity to take things apart and figure out how they work. But was a very curious child and interested in all subjects,” Benjamin tells YourStory.

In fact, he initially wanted to be a journalist and enjoyed reading, writing, and learning new languages. But then, computers happened.

Originally from Cologne (Germany), Benjamin’s father bought him a computer in 1991, when he was just 11. An avid gamer, he was immediately fascinated by both the machine and the games on it.

Around the age of 13, curiosity got the better of him and Benjamin started to become interested in programming.

“The first programming language I worked on was a dialect of BASIC. I got the program through mail order. It was one floppy disk with a giant manual and I started learning how to program,” he recalls.

The idea that a computer could do what he wanted, had him hooked. Later, Benjamin started working on different programming languages like C and C++, Pascal, among others.

“By the end of 90s, the internet had started taking off and was becoming accessible to the masses. We ended up getting the modem, and then the first DSL line. I would download a lot of manuals on my Mac on the 56K Modem. These were reference books on programming. Those were days where you had to leave the modem on to get a 4 MB file,” he adds.

Funnily, Benjamin never studied Computer Science in school but instead focused on science and mathematics.  “Mathematics gives the power to put clear rules and has a lot of derivations, which made the subject interesting,” he says.

After high school, Benjamin took a year off to do mandatory civic service, and worked at a kindergarten school for a year.

“It was a very different environment where you need to do a wide range of tasks that you are probably ill-prepared for. These were children with physical and learning disabilities. My main job was to drive some children, pick them up at home, and bring them to the kindergarten and then driving them back home. I did everything from building fences to pouring concrete to cooking for 50 children,” he recalls.

In 2001, he joined the International University of Breman, Germany (today, Jacobs University), enrolling in a major in engineering in Computer Science. The course was compressing a four-years bachelor’s program into three years, which meant a lot of intense course work. Here, Benjamin started programming robots.

He also participated in Robocup, a robotics competition, and built soccer playing robots and rescue robots. The latter were simulated to locate victims at the location of a natural disaster.

“Building these robots got me interested in AI, robotics, and machine learning. These areas are what my entire career has been focussed — how you get machines to do things that only humans do,” he says.

When his professors recommended him to pursue a PhD, Benjamin joined the University of Illinois in 2004 but soon realised he didn’t want to do that.

However, he joined the university as a research assistant, and went on to develop ML models for computer security applications. Benjamin also worked on AI, NLP, and bioinformatics, and co-authored a paper that was published in AAAI 2008.

The world at Google

After his masters, in 2006, Benjamin wanted to do two things — go back to Europe and gain some industry experience. In August, he joined Google’s Zurich office.

“The Zurich office was smaller and very startup like; a lot of expats were working from that office and it was like a bubble of its own. It was an international environment. It helped me grow and learn a lot,” says Benjamin.

For the next three years, he learnt about the practical development of software, testing, and shipping of products. He worked on designing and implementing data mining and ML applications over Google’s distributed systems infrastructure.

Benjamin also worked on the backend systems of web search, the ranking and spam detection pieces of Google. He led engineering teams to develop personalisation and recommendation features on Google’s video, product search, and iGoogle.

In 2010, he moved back to San Francisco and joined YouTube, one of Google’s early acquisitions, to work on the recommendations’ system.

“They had a basic prototype and more of a MVP; it was focussed on getting the product out,” says Benjamin.

And at CES 2014, Benjamin and his team received a Technology Emmy Award for the "Development of Personalised Recommendation Engines for Video Discovery" at YouTube.

“The best part of working for YouTube is that it is a product everyone has seen or used. And everyone has some opinion on it and that makes for great discussions,” he says.

By 2015, however, Benjamin felt there was a need to switch it up, and do something new and different.

“I wanted to challenge myself in a different way, and I decided to start up. I joined forces with another former Googler, who was a product manager,” says Benjamin.

The idea was to focus on a messaging focussed customer engagement product. The duo launched Mensch Labs, and built Rep, a cross-channel customer assistance platform.

While the startup raised funding from the likes of Accel Partners, First Round, SV Angels, Forerunner, among others, Mensch was acquired by Stripe, a Silicon Valley-based company.

“While we had a paying customer base, I don’t think we got to product-market fit. In hindsight, we weren’t solving for an urgent customer need for enough people. The tech was great, the product worked, but not 10X better than the other systems in the market,” says Benjamin.

In 2018, Benjamin became drawn to fintech and emerging markets, and joined Branch as the Head of Engineering.“On the tech side, a lot is about leveraging ML to do credit assessment and underwriting. I had focussed on ML my entire career, so it felt right,” he says. At present, Benjamin is the CTO of the company.

In his current role, he is responsible for strategic decisions, team management, and investing in different areas of tech. “I haven’t written tonnes of code, but we have quarterly hackathons, where I can get my hands dirty,” says Benjamin.

With 30 people, the tech team of Branch is nimble and growing. While hiring engineers, the CTO looks for communication skills. He says,

“It is an underappreciated skill set in engineering. Communicating effectively and clearly is important not just for a leadership role, but even in the early stages of your career. How well can you interact with other people and resolve conflicts? Software engineering is a collaborative discipline where little is done only by yourself.”

The techie has one piece of advice: “Always follow your interests. If you're not actually getting any enjoyment out of coding or any enjoyment out of dealing with problems in computer science or in software development, it's going to be hard to have a long career in the field.”