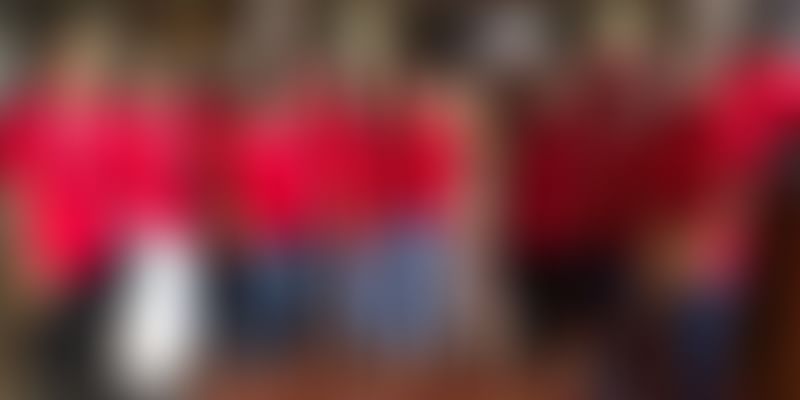 YourStory presents this daily roundup of the latest startup news and updates from the Indian startup ecosystem and beyond. Here's the roundup for Tuesday, March 9, 2021.

NODWIN Gaming, a subsidiary of Nazara Technologies, has raised Rs 164 crore (approximately $22.5 million) from Krafton, the South Korean developer of PUBG. NODWIN Gaming plans to utilise these to accelerate the development of esports in South Asia, Middle East, and Africa, and also invest in talent, better gaming infrastructure, and new tournament IPs at the national and international level.

Pranay Jivrajka, a founding member of Ola, and the former CEO of Ola Foods has exited the ride-hailing unicorn. He was also elevated to the position of a co-founder prior to his exit. An official spokesperson said - "We thank Pranay for his many contributions through the years, and wish him the very best for his future endeavours."

Flipkart, India’s leading ecommerce marketplace, will bear the costs of COVID-19 vaccines for all its employees as the company joins a host of other corporates who rolled out similar initiatives. The employees have the option of reimbursing the vaccination costs or get them free of charge at a partner hospital. They can also choose to participate in any future vaccination drive organised on campus or facilities at major locations.

In a move to digitally empower India's micro, small, and medium enterprises (MSME), Reliance Jio on Tuesday announced the rolling out of integrated fibre connectivity and digital solutions to transform 50 million small and medium businesses. Under this plan, Indian MSMEs will get Jio connectivity at one-tenth of the existing price in the market.

After their travel tech startup was acquired by Amex, these brothers chose to explore fintech

One of the biggest challenges for any business owner is finance and expense management, and how the two can be efficiently controlled. The role of the CFO becomes increasingly critical and complex as startups scale, and as founders of three startups, it was something brothers Swapnil Shinde and Snehal Shinde experienced first-hand across their all their entrepreneurial journeys.

Riskcovry, a Mumbai-based insurtech startup that offers a technology platform for the distribution of insurance products, has announced raising $5 million in Series A funding led by Omidyar Network India (ONI).  All existing investors - Bharat Inclusion Seed Fund, Varanium Capital, and Better Capital also participated in the round.

India has been at the forefront in fighting the coronavirus pandemic and "really stands out” in terms of its vaccine policy, Chief Economist of the IMF Gita Gopinath said on Monday, as she hailed the country for playing a very important role during the crisis by manufacturing and shipping the COVID-19 vaccines to several nations. Gopinath made the comments in an interactive session during the Inaugural Dr. Hansa Mehta Lecture organised on occasion of International Women’s Day.

Premium smartphone maker OnePlus on Monday said it plans to invest more than $150 million over the next three years to further build its mobile imaging capabilities to enhance the camera experience for its users. The Chinese company has also announced a three-year partnership with camera manufacturer Hasselblad to co-develop the next generation of smartphone camera systems for future OnePlus flagship devices.

Ride-hailing major Uber on Monday said it will gender sensitise one lakh drivers in an expanded partnership with the Manas Foundation by end of the year. Uber had partnered with the Manas Foundation - an NGO working in the field of mental health, gender equity, and justice - in 2018 to sensitise select drivers and ensure they're more courteous and attentive to the needs of women riders.

Govt says GSTIN not mandatory for MSME registration: Here's all you need to know

The Indian government has made the MSME registration process simpler. Now, entrepreneurs and proprietors — who are exempted from filing GST returns — can register their company on the Udyam Registration portal as an MSME with the help of a PAN card.

Over 10,000 companies were shut down voluntarily in the country from April 2020 till February this year, also a period when the coronavirus pandemic and subsequent lockdowns had significantly disrupted economic activities. The latest data available with the Ministry of Corporate Affairs (MCA) showed that a total of 10,113 companies were struck off under Section 248(2) of the Companies Act, 2013, in the current financial year till February.

Edtech startup Quizizz, with markets in India and the US, has announced a $12.5 million Series-A funding round led by Eight Roads Ventures, with participation from GSV Ventures, Rocketship VC, and existing investors Nexus Venture Partners and Prime Venture Partners. Quizizz will use the funds to expand its team to support school and corporate customers and accelerate international user growth.

CDC Group — the UK Government’s development finance institution and impact investor in South Asia and Africa — on Tuesday announced it has invested $20 million in Ecom Express — a Gurugram-based tech-enabled end-to-end logistics solutions provider to the Indian ecommerce industry. This will be CDC Group's second round of investment in Ecom Express after it had made an initial investment in December 2019.

After raising $1.5 million led by Venture Catalysts recently, Pune-headquartered ImaginXP has announced the acquisition of Noesis Learning, an edtech startup that enables a digital learning environment and brings technology into the space of career to course mapping. The acquisition of Noesis will further fortify the digital strategy at ImaginXP and bring an experienced team for accelerating the adoption of online learning in the higher education space.

CredR, an omnichannel platform for buying and selling used two-wheelers, on Tuesday said it plans to invest $15 million (around Rs 110 crore) in the upcoming financial year to expand operations across the country. With this investment, the company plans to open 50 franchise showrooms, offering used two-wheelers in 2021-22 and over 100 showrooms by 2023, the Bengaluru-based firm said in a statement.

Mumbai-based online insurance platform Turtlemint on Tuesday said it has raised a fresh round of growth financing from Singapore-based Jungle Ventures, bringing its Series D fundraise to $46 million. The funds will be used to supercharge insurance distribution and innovation in India, Turtlemint said in a statement.

Investment in prop-tech firms up at $551M in 2020 amid pandemic: Report

Investment in prop-tech companies rose marginally to record $551 million last year amidst a surge in adoption of virtual platforms for real estate marketing during the COVID-19 pandemic, according to Housing.com. In its report titled 'PropTech: The Future of Real Estate in India,' realty portal Housing.com said $2.4 billion has been invested so far in India's prop-tech industry across 225 deals.

LeapFrog Investments, a global impact investment group with a presence in India, has received a commitment of $500 million from Temasek, the Singapore government-owned investment company. Following this agreement, Temasek will anchor LeapFrog’s future funds and also take a minority stake to provide the growth capital for the latter’s funding across Asia and Africa.

On the occasion of International Women’s Day, Madhya Pradesh Home Minister Narrotam Mishra decided to appoint a woman constable as the state’s home minister for the day. Woman constable Meenakshi Verma — posted in the security of the Home Minister Narrotam Mishra — acted as Madhya Pradesh’s home minister for the day, wherein she took important decisions and addressed public grievances.

The Delhi High Court has constituted an expert committee to assess and find solutions on various aspects, including how to immediately provide treatment and therapy options to patients suffering from rare diseases including Duchenne Muscular Dystrophy (DMD) and Hunter's syndromes.