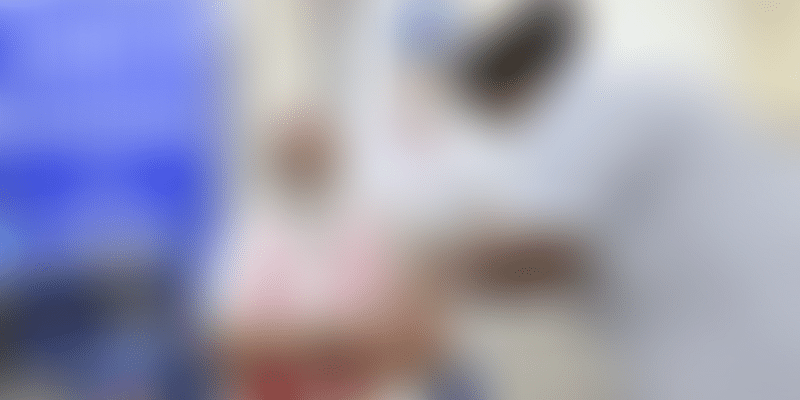 YourStory presents this daily roundup of the latest startup news and updates from the Indian startup ecosystem and beyond. Here's the roundup for Monday, Mar 1, 2021.

Prime Minister Narendra Modi on early Monday morning took the first dose of the COVID-19 vaccine as the nation goes into the second phase of vaccination drive against the pandemic. PM Modi tweeted after he took the vaccine at the All India Institute of Medical Sciences (AIIMS), New Delhi.

Inflection Point Ventures (IPV) aims to double its investment in startups to $20 million (about Rs 155 crore) this year as it looks to play a larger role in mentoring and growing India's startup ecosystem. IPV is also looking at expanding its network to 5,000 members by the end of the year.

The Rajasthan State Industrial Development and Investment Corporation (RIICO) will develop a fintech park — announced by Chief Minister Ashok Gehlot in the state budget last week to attract IT and financial firms — in Jaipur in over 4.08 lakh sqm area. The fintech park will be an integrated development of IT and finance that will offer large workspaces for both sectors, Industries Secretary Ashutosh Pednekar said.

Swedish furniture major IKEA, which has a range of over 1,000 products as part of its children's range, is looking to scale up sourcing of toys from India for its operations, a top company official said. IKEA India also aims to have around 12 percent of sales from kids' range of products in the coming years.

Indian wrestler Vinesh Phogat, on Sunday, pinned 2017 world champion V Kaladzinskay to grab a gold medal at the Outstanding Ukrainian Wrestlers and Coaches Memorial tournament in Kyiv and returned to the mat in style after a long coronavirus-forced break.

Paytm on Monday said it had processed 1.2 billion payment transactions, helped by a boom in offline payments and user growth in the digital payments space. The Noida-based startup's offline merchant payments rose 15 percent month on month, which it claims is the "most number of transactions among all digital payments platforms."

Pune-headquartered edtech startup ImaginXP on Monday announced it has raised $1.5 million in funding led by Venture Catalysts, along with co-investors Shashank Deshpande, Krish Kupathil, Samyakth Capital, and others. In a statement, the startup said it aims to utilise the fresh funds to accelerate growth in its B2B higher education model.

Union Health Minister Dr Harsh Vardhan said his ministry is prioritising the development of healthcare in the northeastern region. According to reports, he added that the central government is working to strengthen connectivity in the northeastern states.

Prime Minister Narendra Modi on Monday said there is a need to bring a food processing revolution in the country through public-private partnership (PPP). He highlighted the initiatives taken by the government for the next fiscal, including increasing the target of agriculture credit to Rs 16.5 lakh crore from Rs 15 lakh crore in the current fiscal.

The 78th Golden Globe Awards took place on Monday, March 1, delayed by two months due to the COVID-19 pandemic. It was virtually hosted by Tina Fey and Amy Poehler. Golden Globe Awards 2021 was historical in the sense that Chloe Zhao became the first woman of colour to win the best director for her film Nomadland.

Chinese film director, screenwriter, and producer Chloe Zhao made history this morning by becoming the first Asian woman, and the second woman ever, to win the Best Director Award (film) at the Golden Globe Awards, 2021.

New-Delhi-based digital mapping company MapmyIndia launched Maps and Nearby Search features to help people across the country locate coronavirus vaccination centres. The feature is available on both the mobile application and the official website.

Uber's India business is now showing strong signs of recovery, driven by increased demand for its low-cost products such as Uber Auto and Uber Moto, the company stated on Monday. The ride-sharing platform said some of its fastest recovering metro markets after the lockdown includes Kolkata, Hyderabad, and Mumbai.

Amidst increasing COVID-19 cases in Kerala, over 300 government and aided schools across the state have got 'sanitiser booths' to ensure the hygiene and safety of students. The booths — installed at the entrance of each school — are equipped with sensor-integrated automatic machines that will dispense sanitiser to the students and others, official sources said.

Gurugram-based health education startup Virohan receives an undisclosed amount of grants from the Wadhwani Foundation and ACT Grants. According to the official statement, the startup said that the funds will be utilised to achieve its vision to educate over one million people.

Food and Consumer Affairs Minister Piyush Goyal on Monday said the charges for testing quality of products should be reduced for micro, small, and medium enterprises (MSME), startups in their initial phase, and women entrepreneurs to encourage them to get their products certified and meet standards.

As much as 68.5 percent out of 3,200 women surveyed hope to return to the workplace, just like the pre-pandemic times, a study conducted by JobsForHer revealed. A good 31.5 percent expect continued to work from home. Neha Bagaria, Founder and CEO of JobsForHer, said that the past year has been challenging with work-from-home becoming a norm.

Finance Minister Nirmala Sitharaman on Monday highlighted how India has taken the lead role in manufacturing medicines, vaccines, and diagnostics during the COVID-19 pandemic. She added that the world is looking at India for vaccine distribution.