Diversity, inclusion, leadership – 25 quotes and tips from the Women on a Mission Summit 2022 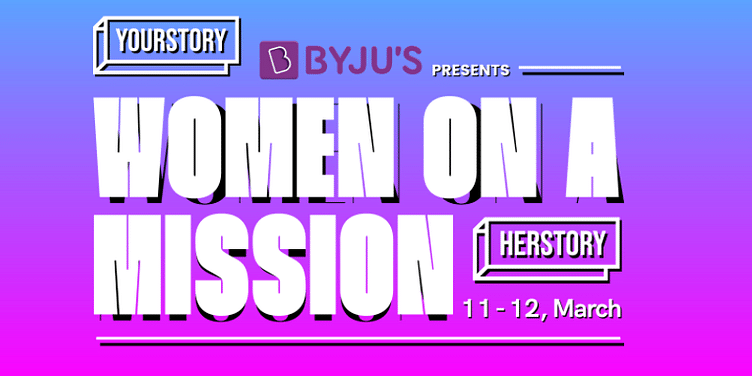 From setbacks to success, here are 25 inspiring quotes from YourStory’s Women on a Mission Summit. Hear it straight from the practitioners and leaders!

Launched in 2014, StoryBites is a weekly feature from YourStory, featuring notable quotable quotes in our earlier articles. Share these 25 insights from YourStory’s Women on a Mission Summit 2022 with your colleagues and networks, and check back to the original articles for more insights!

You wear multiple hats when you are a small startup entrepreneur. - Suchitra Ella, Bharat Biotech

Whether you are a male or a female entrepreneur, performance is the only thing that matters. - Radhika Ghai, kindlife

We are seeing the beginning of a change in how entrepreneurship is perceived for women, and also by men when they're looking at women as investors, and at senior roles. - Priyanka Gill, The Good Glamm Group

Women entrepreneurs are more about, ’what is it that I can do to make myself proud of what I'm doing and leave a heritage for the family’, which is very interesting to see as opposed to what was about 10 years back. - Malika Sadani, The Moms Co.

You see more and more women now becoming investors and having a seat at the funding table, which is extremely positive for us as an ecosystem of women entrepreneurs. - Naiyya Sagi, The Good Glamm Group

Find a tech community, any community, join it, and surround yourself with people with whom you can talk about tech passionately. And that will really, really help you see this dream of pursuing a career in tech. - Ila Agarwal, ﻿Urban Company

Too many young women professionals step out of this arena before knowing what success may mean to them, and that’s a shame. - Deepa Parikh, ﻿Akamai Technologies﻿

Whether it’s product design or customer experience, [technology is] a much broader sphere which will hopefully attract more women to the space. - Carmen Vicelich, Valocity

A lot of women have taken up sports and want to because of role models. Those dreams and aspirations have skyrocketed over the last few years because there are so many women in sports doing really well. - Dipika Pallikal Karthik

Because of women empowerment programmes and the government’s efforts to further the career of girls, 14 percent of the Indian civil aviation industry is filled with women. - Captain Anny Divya

In 2021, there have been massive female-led songs, albums and credit for this go to the female artists as they never gave up. - Shilpa Rao

Being an athlete is tough, but being an Indian woman athlete is tougher when you play for the country. But it’s heartening to see so many women taking up sport because of strong role models like Mary Kom, PV Sindhu, and others. - Dipika Pallikal Karthik

It's important to have a strong team with whom you can delegate work. The credit of your success should go to your team — that’s the true mark of a leader. - Durga Shakti Nagpal, 'Grow Your Baby Not Your Weight'

Ask for help wherever you require as once you do that the fear of failure will subside. - Sukhleen Aneja, Good Glamm Group

It takes a lot to have courage and trust your instinct. You need to keep doing things to know how much you can give up and retain. Every situation needs to be assessed for what it is. - Ankiti Bose, Zilingo

Be unapologetic of what your needs are. Be vocal and be verbal about your needs. - Parineeta Cecil Lakra, IKEA

Even if one is tired, if they are mentally determined, they can achieve great things. - Harshwanti Bisht, Arjuna Award recipient

While companies should provide that [thriving] environment, it's also important for women to have that openness in the way they approach an opportunity. - Bhavna Dadlani Jayawardena, Uber Sri Lanka

In a male-dominated society, a woman’s unique perspective has its own business value. - Anand Narayanan, ﻿Simplilearn

We have a lot of marriage preparations, but no one ever tells you, what if a marriage fails… That is one taboo in India, which continues to persist. - Vandana Shah, 'Back to Life'

Women are often not shown as enablers of each other. This is because those who were privileged by patriarchy see women enabling and empowering themselves as a threat to their privilege. - Gul Panag

We can say historically things are better for women today. But I would argue that there needs to be so much more change. And there's a lot of data to prove that as well. - Tina Vinod, ThoughtWorks

We need to be aware that people with disabilities are the largest minorities in the world and disability is dynamic – one in seven people face disability at some point…so it is just better for us as a society to be universally designed and inclusive. - Devika Malik, Wheeling Happiness Foundation

We are born multitaskers, from raising children to running households to earning livelihoods, we are a one-woman army running the entire show. - Durga Shakti Nagpal, 'Grow Your Baby Not Your Weight'

YourStory has also published the pocketbook ‘Proverbs and Quotes for Entrepreneurs: A World of Inspiration for Startups' as a creative and motivational guide for innovators (downloadable as apps here: Apple, Android).