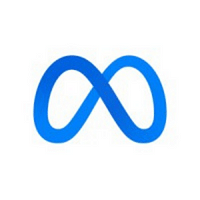 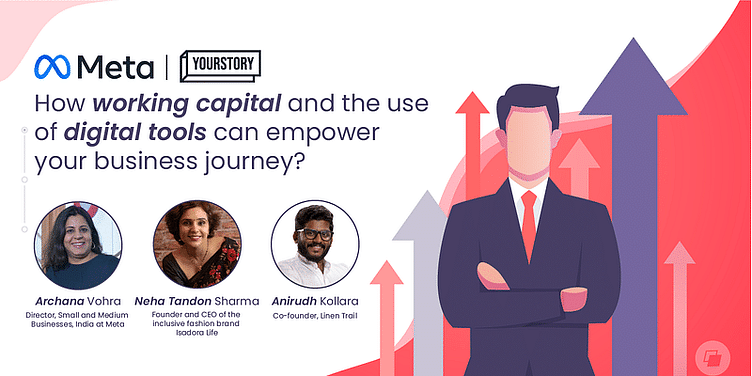 We spoke with Meta and two D2C brands to dive deep into how Meta is building the ecosystem for growth of SMBs in the country by providing access to working capital and digital tools.

With more and more people moving online, a massive shift has happened in consumer behaviour, and in how people and businesses interact with one another. Business messaging, augmented reality, and innovative short-form video formats such as Reels are just a few examples of how businesses are finding new and innovative ways to reach their customers digitally, and consequently scale rapidly.

Over the last few years, direct-to-consumer businesses have thrived. Increasingly many of them are emerging from small towns and are taking their powerful ideas to the world on the back of digital.

However, there also remain some challenges. One such challenge for small businesses is that of access to timely working capital that prevents many of them from blooming to their real potential.

We had a virtual discussion on the numerous initiatives that Meta has launched over the last two years to enable timely access to working capital for its small business advertisers in India. Speakers included Archana Vohra, Director, Small and Medium Business at Meta in India, Neha Tandon Sharma, Founder and CEO of Isadora Life and Anirudh Kollara, Co-founder of Linen Trail. Both entrepreneurs spoke about their journeys and the positive impacts that they’ve seen as a result of timely access to working capital and digital tools.

Take a look at highlights from the discussion here:

Archana kickstarted the discussion by highlighting how digital continues to be a driving vehicle for exponential business growth for small and medium businesses (SMBs) post-pandemic. According to Meta’s State of Small Business Report, nearly 55 percent of SMBs using Facebook in India generate at least a quarter of their sales through digital channels today.

Archana brought to light the rapid growth of D2C businesses in India.

“We are also seeing more and more small businesses emerging from non-metro geographies that are now expanding internationally on the back of social media and digital. Similarly, over the last couple of years, we’ve also seen more women-led businesses using our apps,” said Archana.

According to Meta, among the 100 most followed Facebook business pages with up to 2 million followers in India, more than 50% of them are from non-metro cities.

When it comes to women entrepreneurs, more than 60% of Instagram businesses who self-identify as women-owned were set up since the start of the pandemic.

Meta started this journey in 2020 when as part of the global $100 million grant, it announced grants for 3000+ small businesses in India during an exceptionally difficult year.

“But we understood that the need for working capital went beyond the pandemic, and that prompted us to launch the Small Business Loans Initiative in 2021 and then the No-Cost EMI in 2022 for all our small business advertisers. Both these programs were launched first in India,” said Archana.

The Small Business Loans Initiative is a program spread across 19000+ pin codes, which is almost the entire length and breadth of the country. As part of the program, the small business advertisers can get quick access to collateral-free business loans at predefined interest rates from as little as INR 30,000 to as much as INR 1 Crore. Partly or wholly women owned businesses can get an additional rebate of 0.02% on the applied interest rate.

To address the evolving requirement for working capital by small businesses, this year Meta also announced a new financial support feature - No cost EMI that allows the advertisers to pay for their Ad campaigns in easy instalments that can be spread across three months at no additional cost of interest to them. The interest payable to the bank is absorbed by Meta.

In addition to this, the Meta’s Monthly Invoicing program allows advertisers to make one consolidated payment for ad spends on all their ad accounts on a monthly frequency. This program allows our small business advertisers to continue their campaigns without disruptions and subsequently unlock growth opportunities as they get 30 days to pay through a bank transfer after an invoice has been generated.

Both the founders on the panel, Anirudh Kollara and Neha Tandon Sharma, spoke about their journeys as entrepreneurs, and hope that their stories can inspire other business owners, especially those from non-metro geographies.

Anirudh Kollara shared that Linen Trail – a linen clothing company from Thrissur - had to switch from offline to direct-to-consumer after the pandemic. Using Meta apps helped him scale his business from Thrissur to 30 states across India and over 20 countries worldwide. He stressed on how the 30 days credit time under the Monthly Invoicing program by Meta has helped his business to scale and experiment better with the ad formats and content, which proved to be super critical for his business at that time.

Meta's digital tools also enabled Neha’s Raipur-based Isadora Life to reach the right section of the audience, women who wear sarees on a daily basis across India. Neha shared that the company would not have been able to grow and scale to the level it has in only three years if it had been limited to Raipur.

“As the business saw an increase in demand, access to working capital became a key need for us in order to grow,” said Neha.

Their supercharged growth over the last 2-3 years has enabled both the businesses to make ambitious plans for the future. With Isadora Life, Neha intends to offer more inclusive and Indo-western products in the future. A key focus for Anirudh is hyper-localisation and creating a product line for women, which he hopes his mother to lead.

Both Neha and Anirudh advised SMBs to keep the customers at the centre and to consistently work towards the goals that matter for their businesses.

Archana concluded the session by advising SMBs to focus on learning. She also recommended Meta's advertising bootcamp program, which reaches out to 20+ million businesses in multiple languages. She also stressed investing in business messaging and on regularly measuring success in order to maximise the return on ad spends.