12 inspirational quotes from literature that capture a mother's love 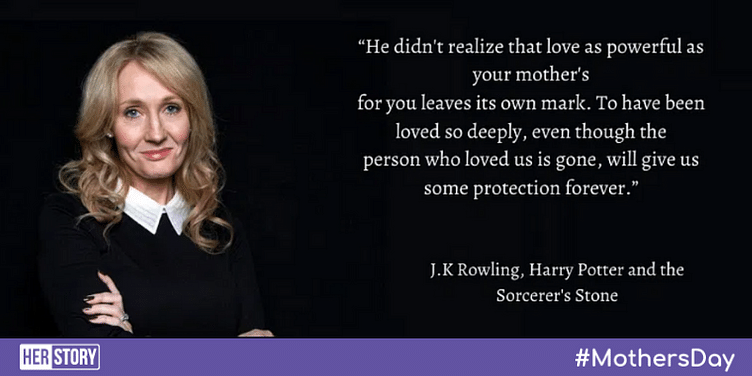 This Mother's Day, we take a look at literary quotes that reaffirms a mother's love for her child.

A mother's love and care are among the purest things in the world. From selflessly tending to their children, to making sure they are on the right path when things go wrong, to wishing only the best for them, American author Robert A Heinlein has rightly said that being a mother is an attitude.

On the occasion of Mother's Day, let's revisit a few literary quotes that reflect that a mother is all these and more.

"But there's a story behind everything. How a picture got on a wall. How a scar got on your face. Sometimes the stories are simple, and sometimes they are hard and heartbreaking. But behind all your stories is always your mother's story, because hers is where yours begin.” - Mitch Albom, For One More Day

"The clocks were striking midnight and the rooms were very still as a figure glided quietly from bed to bed, smoothing a coverlid here, settling a pillow there, and pausing to look long and tenderly at each unconscious face, to kiss each with lips that mutely blessed, and to pray the fervent prayers which only mothers utter." - Louisa May Alcott, Little Women

"It's a funny thing about mothers... even when their own child is the most disgusting little blister you could ever imagine, they still think that he or she is wonderful." - Roald Dahl, Matilda

"A mother's love for her child is like nothing else in the world. It knows no law, no pity. It dares all things and crushes down remorselessly all that stands in its path." - Agatha Christie, The Last Séance

"Here’s something about Mum: she’s bad with annoyances, but great in a crisis. If a waiter doesn’t refill her water after she’s asked three times, or she forgets her dark glasses when the sun comes out, look out! But when it comes to something truly bad happening, Mom plugs into this supreme calm." - Maria Semple, Where'd You Go, Bernadette

“I really saw clearly, and for the first time, why a mother is really important. Not just because she feeds and also loves and cuddles and even mollycoddles a child, but because in an interesting and maybe an eerie and unworldly way, she stands in the gap. She stands between the unknown and the known.” - Maya Angelou, Mom & Me & Mom

"I am sure that if the mothers of various nations could meet, there would be no more wars." - E.M. Forster, Howards End

“No mother is ever, completely, a child's idea of what a mother should be, and I suppose it works the other way around as well.” - Margaret Atwood, The Handmaid’s Tale

“Mothers, I believe, intoxicate us. We idolize them and take them for granted. We hate them and blame them and exalt them more thoroughly than anyone else in our lives. We sift through the evidence of their love, reassure ourselves of their affection and its biological genesis. We can steal and lie and leave and they will love us.” - Megan Mayhew Bergman, Birds of a Lesser Paradise