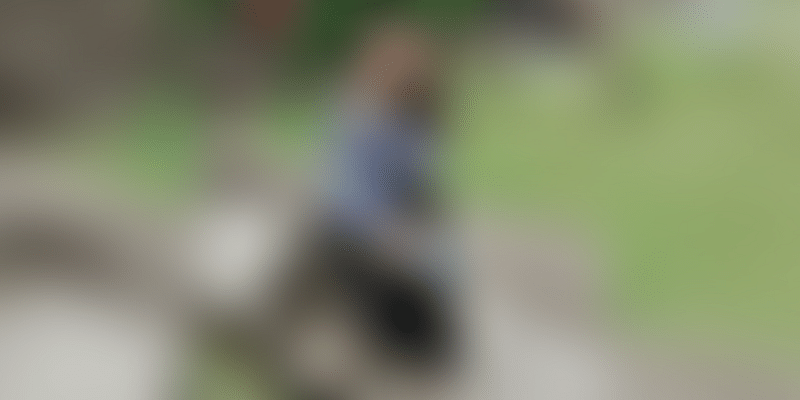 Battling the virus on ground and at local levels, these women IAS officers are doing exemplary work to fight the COVID-19 global health pandemic.

The coronavirus pandemic and the fight to contain the spread of the virus has brought into focus the efforts of IAS officers at local levels. Even though state governments are directing orders and creating policies, it has come down to local and regional IAS officers to lead the efforts on ground.

IAS officials are leading containment efforts and safety measures in their affected districts. From health secretaries, municipal commissioners to senior district officials, these officials have gone beyond the call of duty, putting their own lives at risk to serve people. From bringing their newborn babies to office to keeping public morale high, they are also serving as examples for other administrators in the country.

Beela Rajesh is at the forefront battling COVID-19 in Tamil Nadu, which has 50,294 active cases as of July 19 according to the National Health Mission in the state. A 1997 batch IAS officer, Beela is the health secretary for TN.

An MBBS graduate from Madras Medical College, Beela earlier served as sub-collector of Chengalpattu, Commissioner of Fisheries and Commissioner of Town and Country Planning in Tamil Nadu. She was also the Commissioner of Indian Medicine and Homeopathy before being transferred as the Health secretary in 2019.

She is part of the 36-member IAS team appointed by the state government to monitor almost 33 districts that have been affected by the virus. She has been overlooking the district of Krishnagiri since June 18.

“Virus can affect anyone, let’s be gentle and sensitive towards each other and wage a coordinated battle against Covid19,” she posted recently on Twitter.

Led by 26-year-old IAS officer Tina Dabi, who has served as sub-divisional magistrate of the district since 2018, the efforts began with the first case. The initiative began with isolating the district, transferring patients to quarantine and isolation wards, and rigorous village monitoring. The district administration imposed a complete shutdown and Bhilwara was sealed off, much before the nationwide lockdown on March 25.

Tina secured the first rank in the Union Public Service Commission (UPSC) Examination 2015. She graduated in Political Science from DU’s Lady Shri Ram College at the age of 20 years as a university topper. Tina is also the first Dalit to have topped the examination. She received the President’s gold medal for her IAS training in 2018.

Annies Kanmani Joy is the Deputy Commissioner of Kodagu district, Karnataka. The senior official has garnered praise for her efforts in containing the spread of the virus in the district. Until mid-June, the district was planning to reopen as it did not have cases for 28 straight days, and it was due to her efforts to have strict containment zones in the district.

The district is reeling with the spread of the virus and has at least 140 cases (on July 19).

Annies became one of the first nurses to be selected as an IAS officer in 2012. She is no stranger to challenges and was also in the forefront, dealing with landslides and floods in the district a couple of years ago.

Annies cleared the Civil Service Exams in 2012, securing the 65th rank. She holds a BSc in Nursing from the Trivandrum Medical College.

IAS officer Srijana Gummalla caught the attention of netizens and the media when a photo of her working from her office with her 22-day-old son in her arms went viral.

Sriajana cut her six-month maternity leave short after speaking to the Chief Minister of the state and resumed her duties as Commissioner of the Greater Visakhapatnam Municipal Corporation when coronavirus cases surged in the city.

A Psychology graduate from Osmania University, Hyderabad, Srijana is a 2013 batch IAS officer and was ranked 44th in the UPSC examination. She is the daughter of a senior IAS officer, G. Balaramaiah. She is a gold medalist from Sweden’s Uppsala University and is currently pursuing her doctoral studies.

Rajeswari B, the Deputy Commissioner of Dumka, Jharkhand has been working to help the needy in the district and implementing measures to contain the spread of the virus.

The IAS officer has been ensuring that elderly people receive essentials at their doorstep. She helped 80-year-old Laxmi Devi, a childless widow who suffered from arthritis and had run short on cash and had no food. After receiving a call from her relatives, Rajeshwari ensured that food essentials were sent to her house within an hour.

Apart from this, she has been monitoring the situation in the city and ensuring all measures are adhered to. Her monitoring visits include the vegetable market at the Gandhi Maidan, enforcing social distance norms and safety measures and keeping a check on the market using drones.

Rajeshwari has been lauded for her efforts to keep public morale high using social media to host online competitions in cooking, fancy dress, mehendi, etc while staying at home.

Women leaders: Why support and networking matters in the corporate world