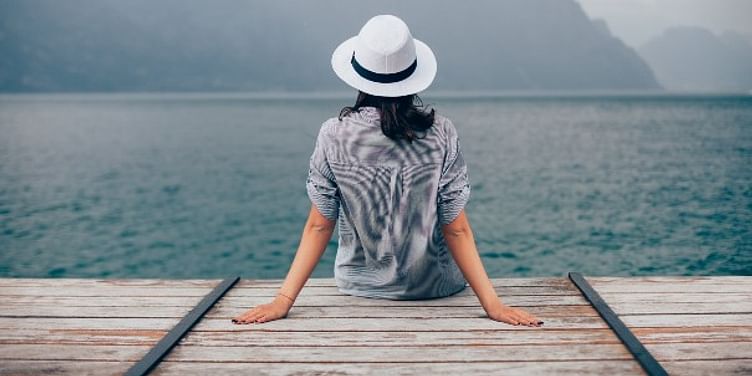 HerStory has curated a list of travel companies owned by women entrepreneurs and travellers who want to ensure that women can travel solo or in groups without the added baggage of safety concerns.

With COVID-19 abating, both domestic and international travel has picked up the pace. Solo travel has also seen a big jump, and ask any woman if they would like to have an opportunity to take a few days off from the daily madness - the answer would be a resounding Yes!

Several women entrepreneurs have sensed a massive opportunity in the sector, and have taken to floating their own travel companies to help solo women on their journeys. Here is a list of women-run travel agencies that will help you curate your trip, solo or in groups, take care of logistics and ensure you have all the fun without the additional baggage of safety and security during the sojourn.

In 2005, experienced traveller and writer Sumitra Senapaty started WOW Club, which stands for Women On Wanderlust, to encourage women to travel solo albeit with the security that group travel provides.

WOW Club’s first trip took place in June 2005 to Ladakh, followed by a trip to its first overseas destination – Egypt – in February 2006. The company now runs over 125 trips annually. Its local destinations span Kashmir to Kerala and international destinations see some exciting names like Antarctica, Bali, Estonia, Greece and more. The women-only travel group also welcomes women travellers over 70, however, they do need to be accompanied by a family member or friend.

In the last 17 years, WOW Club’s 10,000 plus women travellers have travelled across 90 destinations worldwide.

The Ultimate Guide to Solo Travel

Girls On The Go (GOTG)

In 2007, corporate lawyer Piya Bose quit her job to take off on an impromptu trip to the Himalayas. The experience changed her in more ways than one, and a year later, Piya set up a travel company for solo women travellers who needed the safety of a group.

The company focuses on experiences, and has had its travellers enjoy expeditions like cruising in Antarctica, Northern Lights watching in Norway and nomadic living in Mongolia.

Piya was featured by Conde Nast India as one among 15 young entrepreneurs shaking up the travel scene in India, and has spoken at TEDx on starting a zero-cash startup.

Ladakhi woman Thinlas Chorol founded Ladakhi Women’s Travel Company (LWTC) in 2009. The fact that there was little opportunity for women in the Ladakhi trekking industry was a key motivating factor for Thinlas to set up LWTC.

Thinlas knew there was a great opportunity in assisting lone women trekkers, who were usually uncomfortable with male guides.

LWTC also takes guests from other countries to remote villages, where the local women are exposed to new cultures and people, and also get to earn some money.

When Rashmi Chadha founded Wovoyage in 2016, it was to provide girl guides to solo women travellers.

The startup now organises everything from women-friendly accommodation, transportation, group departures, and guided or private tours.

Ever since the pandemic, Wovoyage has seen an increase in demand for staycations and so, Rashmi started building a network of smaller accommodation services.

Rashmi promotes many such small businesses, homestays, and government-owned properties for free, and hopes to develop communities and empower them digitally.

Malini Gowrishankar and Akanksha Bumb founded F5Escapes with a focus on “redefining the way women travel in India”.

The company’s destination list sees some unique places in India like Dharmasthala and Hampi in Karnataka, Wayanad in Kerala, Kullu and Tirthan Valley and Dalhousie in Himachal Pradesh, and more.