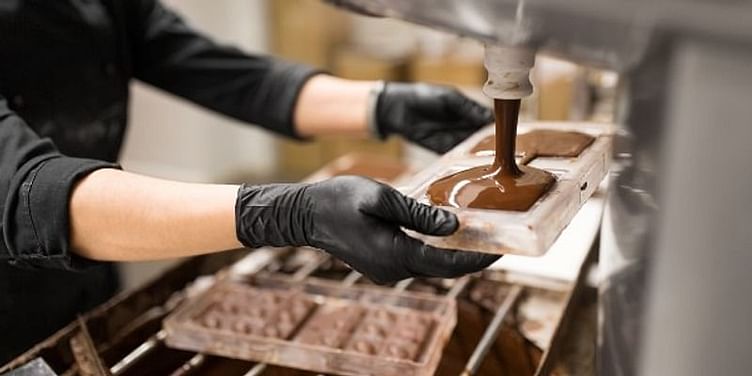 On World Chocolate Day, HerStory reflects on five women who have taken their love for chocolate to the next level, and found a way to make a living out of it–from artisan chocolates to brownies to hot chocolate.

If money does not buy happiness or grow on trees, there’s something else that does both--chocolate!

And if that is not enough to convince you about why chocolate is good for you, sample this. According to a 2012 study in the New England Journal of Medicine, places with the highest chocolate consumption have the highest number of Nobel laureates. Whether we’d like to believe that or consider it a sheer coincidence, one just cannot deny the effect of chocolate on mere mortals–the ones who do not dwell over a Nobel.

If you still need further justification as to why chocolate should be a pantry staple, then look no further than a study that observed the Kuna Indians. Inhabitants of a remote island in Panama, these tribals have almost no instances of high blood pressure, stroke, or heart disease. Scientists led by Norman K Hollenberg, MD, PhD, Professor of Radiology at Brigham and Women's Hospital in Boston, who has been studying the tribe for decades, feel the secret to their good health could be …you guessed right…chocolate.

On World Chocolate Day, HerStory lists five women entrepreneurs who are taking their chocolate seriously and laying the ground for future Nobel winners.

Mumbai-based Sanjana Patel is a gourmet patisserie and bean-to-bar chocolate manufacturer. The avant-garde chef and chocolatier, who has earlier trained with Michelin star chefs and restaurants in France, launched La Folie in Mumbai in 2014.

Since its launch 15 years ago, Theobroma’s chocolate brownies have become synonymous with sheer goodness. Theobroma's trademark chocolate brownie though has a humble story behind it -the recipe for it was born in a small Colaba kitchen at the request of a neighbour of the founders, Kainaz Messman Harchandrai and Tina Messman Wykes.

Kainaz is often referred to as Mumbai’s Brownie Queen, as she experiments with different brownie recipes based on her childhood experiences, and inspiration from her mother. Even her travels have an effect on the brownies. For example, Theobroma’s Millionaire Brownie is an adaptation of an English classic, the Millionaire Shortbread.

Anuva Kakkar started India’s first affordable hot chocolate brand Tiggle when she was only 21. “I am a hot chocolate lover, and late one night, when I was craving hot chocolate, I realised the only place one could find a good cuppa were cafes. A fresher back then, I could only afford to go to a café a few times a month,” she recalls.

Anuva bought a five-litre steel jar, three litres of milk, and “everything else needed to prepare my hot chocolate”. She set up shop outside a metro station in Gurugram in a bid to sell and gauge market interest for her product.

All this because, as a student, Anuva felt there was a major dearth of good quality and affordable hot chocolate out there.

The story of chocolate is never complete without an ode to its humble origins–the cocoa bean. Cocoa was introduced in India around 55 years ago at an experimental cocoa farm in Kerala by Mondelez India (earlier known as Cadbury India Ltd). As cocoa became a viable crop, its adoption extended to the neighbouring states of Tamil Nadu, Andhra Pradesh, and Karnataka. Here’s a story about two women farmers in India who have benefitted from cocoa farming

Seventy-nine-year-old Garapati Jhansi from Bapirajugudem village in West Godavari District in Andhra Pradesh was born into an agricultural family, but got active in agriculture and farming only after her husband’s retirement. According to her, cocoa cultivation is easy to manage as the plants are sturdy. Garapati’s farm has around 2,500 cocoa trees, which yield about 8,000 kg of cocoa, an average of 3.2 kg per tree.

Sixty-seven-year-old Arimanda Samrajyam from Kondalaraopalem in West Godavari district, Andhra Pradesh, inherited 17.5 acres of land from her father, who had first planted cocoa in 2002. Since 2005, Arimanda has been managing all the responsibilities of the farm. According to her, the West Godavari region is well suited for cocoa cultivation, which has led to sustained production of cocoa. The crop does not disturb the existing coconut plantation as well, she says.