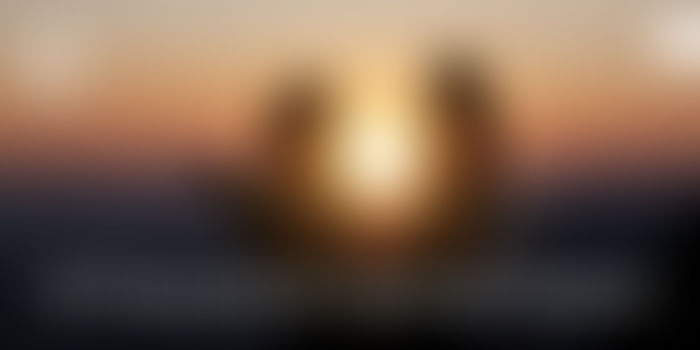 Those who are curious about spirituality, it is now easy to create a personalized radio diet by using podcasts that cater to their specific interests. Here are ten podcasts related to religion and spirituality.

In many parts of the world, organized religion is on the retreat. More and more people prefer to call themselves atheists or agnostics nowadays. But though religion is losing its relevance, spirituality thrives, as man continues to search for the meaning of existence.

With all kinds of religious extremism rearing their ugly heads in some parts of the world, this is hardly surprising. Most people now claim that they are spiritual, rather than religious. There has also been a growing interest in things like astrology and meditation. For those who are curious about spirituality, it is now easy to create a personalized radio diet by using podcasts that cater to their specific interests.

Here are ten best podcasts related to religion and spirituality. These include Vedic astrology, Christian sermons, Muslim slice-of-life stories, and even undercover investigations tinged with skepticism.

Vedic astrology or Jyothish is ancient Indian astrology. It emerged during India’s Vedic era, along with Ayurveda and Yoga, and has both practical and spiritual significance. It is also referred to as the Eye of the Vedas. This sacred knowledge has come to us from many wise Sages who lived eons ago. For centuries, it has been used to throw light on our life and purpose on earth, and provide answers about the meaning of our existence. AstroVed’s Astrology Podcast uses Vedic astrology to unravel the mysteries of human life. A human being’s destiny can be charted using their birth chart based on the time, place, and date of birth. As opposed to Western astrology, which focuses on Sun Signs, Vedic astrology gives primacy to Moon Signs. The significance and effects of lunar phases, Planetary Transits, Dasa, and Bhukti periods are analyzed in depth by expert astrologers. This helps you realize upcoming challenges and opportunities in your life during a particular period, so that you can prepare for them accordingly. Occasionally, the podcast also features messages and talks by its founder, Dr. Bhaskara Pillai. Best of all, this podcast is Free!

In this podcast, Krista Tippett  talks to scientists, politicians, artists, and others to explore what it is to be human and live a meaningful life. Abstract concepts like nature, beauty, and loss are the main focus, as they have the potential to shape our inner lives. Tippett received the National Humanities Medal in 2014. People of all faiths and even those who lack faith are part of her conversations.

Self-reflection and honesty can be seen aplenty in Oprah Winfrey’s Supersoul Conversations , a weekly sit-down with people from all walks of life. The podcast lays stress on the importance of mindfulness. Winfrey exhorts listeners to be fully present and more deeply connected to the world around them.

Rob Bell is a pastor who evolved into a media personality. He is a very influential but controversial Christian figure. He offers a progressive interpretation of the Bible, and his denial that hell exists as well as his candid criticism of anti-scientific and homophobic attitudes of the church, have earned him both bouquets and brickbats. Bell’s podcast is a reimagining of Christianity, in a stream-of-consciousness style. Usually a solo performance, he sometimes features a celebrity guest.

This show is not explicitly about Islam, but Muslims are exclusively featured in it. Each episode is hosted by Misha Euceph with an incident from her own life. She often talks about her experience of migrating to the United States from Pakistan, at the age of 12. Interviews with guests follow. Tan France, a fashion expert, comedian Ramy Youssef and G. Willow Wilson (author of the “Ms. Marvel” comic book) are some among them, and they share certain important moments in their lives and careers. It is a space for Muslims to tell their stories.

Bishop T.D. Jakes is a pastor who founded the Potter’s House, a non-denominational megachurch in Dallas. Though it lacks good production values, Potter’s Touch podcast has a good deal of verve and energy. Jakes’s rich, baritone voice and compelling oratory make it worth listening to. Most episodes feature recordings of Jakes’s sermons, in which he uses religion as a launchpad for discussing personal upheaval, mental illness, etc. This is a unique window into how a large part of America worships.

Ross Blocher and Carrie Poppy used to be Christian evangelists. In their weekly show, skepticism becomes an art in itself. The couple undertakes covert investigations of religious cults, groups, and fringe science, followed by studio discussions on their discoveries. While some episodes are short, some are long. Like the one on Scientology, which is covered in ten episodes. The investigation concludes with Blocher and Poppy rating their subject under categories like danger, creepiness, and pseudoscience. Their show is both good entertainment and public service. As the duo says pithily, “We show up so you don’t have to.”

This is a simple podcast that features motivational speeches and guided meditations by Tara Brach, who is a psychologist and teacher of Buddhist meditation. Brach explores lofty themes like spiritual awakening apart from worldly problems like insomnia, conflict, and anxiety. She also offers tips to overcome the stumbling blocks that make it difficult to pursue a meditation practice consistently. uniquely blend Eastern spiritual principles with a science-based understanding of how the mind works. What results are lessons that are simultaneously reflective and practical.

Joel Osteen is a well-known televangelist and megachurch leader. He has a good following, but his ‘prosperity gospel’ attracted some controversy. This gospel claims that Christian faith and prosperity are linked. The podcast features uplifting sermons from both Osteen and his wife, Victoria, who is also a pastor. Their sermons are on cognitive patterns as well as the Scriptures. Osteen talks about the importance of gratitude and exhorts his listeners to visualize an abundant future, though they might be facing struggles currently.

This podcast is a conversation series from Ruby Warrington, who wears many hats as a speaker, writer, and Founder of The Numinous. Listen in, as Ruby and her guests offer a wealth of insights on modern spirituality, alternative therapies, emotional and spiritual wellbeing, being 'sober curious,' conscious entrepreneurship, and retaining one’s humanity in a crazy world in the age of social media.

One of the best things about podcasts is that they help us make use of the time that would be wasted otherwise – while commuting or doing the laundry, or convalescing during an illness, for instance. Religious or spiritual podcasts make you feel like you are part of a community. They offer seekers an intimate look at the culture around a particular faith and how it impacts the lives of the followers. So, if you are spiritually adrift, or just curious about religion and spirituality, these top ten podcasts could answer some of your questions.