These ecommerce giants are helping Indian MSMEs up their exports game 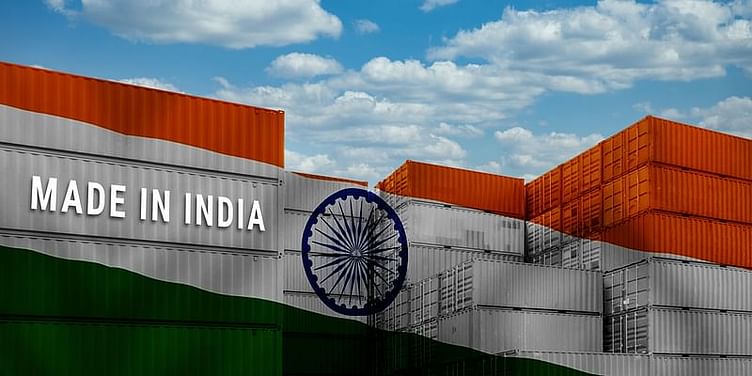 Micro, small and medium-sized enterprises (MSMEs) need support to expand their presence across borders. This week, SMBStory has curated a list of companies helping small businesses strengthen their exports.

India's exports in December 2021 rose to 37 percent on an annual basis to $37.29 billion, which is the highest-ever monthly figure witnessed.

According to the data received by the government, overall exports from India, including merchandise and services, reached $57.03 billion in February 2022, witnessing a 25.41 percent growth vis-à-vis the same month last year.

Increasing exports is vital for the country’s economic health and also for the businesses. For any small and medium sector enterprises, making their products reach across national boundaries is a dream. The government has been taking a lot of initiatives to boost the exports of the Indian MSMEs and small businesses.

Meanwhile, there are many ecommerce giants who through various initiatives are supporting and handholding the community of small businesses to enhance their exports.

This week, SMBStory brings you a list of such companies, along with their initiatives, which are helping SMBs increase their exports.

American multinational retail corporation ﻿Walmart﻿ operates a chain of hypermarkets, discount department stores, and grocery stores. It has also acquired one of India’s biggest ecommerce platforms, ﻿Flipkart﻿, and is now a front runner in supporting MSMEs and small businesses of India.

Recently, both Flipkart and Walmart signed a Memorandum of Understanding (MoU) with the Export Promotion Bureau, Government of Uttar Pradesh, to create a budding ecosystem for local micro, small and medium enterprises (MSMEs).

Under this initiative, the two companies will together team up with the state government to digitise small businesses and also help them sell their products in the global market through online channels.

In January, Walmart also invited Indian sellers to join the global drive to attract international sellers by listing on Walmart Marketplace and to serve the US market of 120 million shoppers a month.

The selected sellers will also be able to take advantage of Walmart Fulfillment Services which allows them to use its warehousing and delivery infrastructure in the US along with platform tools that help them streamline their operations and manage promotions and feedback.

﻿Amazon﻿, an American multinational technology company, which focuses on ecommerce, cloud computing, and digital streaming, among others, went live in the Indian market in 2013.

With more than 10 lakh sellers listed on its portal, Amazon India in February announced a collaboration with Invest India and Indian Industries Association (IIA) to launch India ODOP (one district one product) Bazaar on the Amazon India platform.

India ODOP Bazaar, the company says, will provide customers with an interactive and engaging experience. Users will be able to visit the regional pages and read more about the ODOP products from various districts across India and make a more informed purchasing decision.

Rane also said that MSMEs are the economic growth engine of new India.

Last year, Amazon India had also signed an MoU with the Industries and Mines Department, Government of Gujarat, to boost ecommerce exports from the state. As part of this initiative, Amazon India planned to onboard micro, small and medium enterprise (MSME) owners present across various sectors such as gems, jewellery, textiles, apparel, and more, from the state on its Amazon Global Selling platform.

It will also train them to sell their products to Amazon customers across more than 200 countries and territories.

As part of this initiative, eBay will help Madhya Pradesh based small businesses with the sign-up processes as well as other onboarding procedures. The businesses will be part of special programmes on the platform that will enable them to set up stores as well as promote their products to global buyers.