Their capital may have been small but their dreams were big. And their desire to succeed was even larger. Here are their inspiring stories.

Budding entrepreneurs in India are never short of business ideas but they often lack the funds required to start their own company.

Access to finance is one of the biggest hurdles to entrepreneurship in India. D&B India research shows, only four percent of small-time entrepreneurs and enterprises have access to a formal source of finance. Further, bank credit to entrepreneurs has been declining.

First-time entrepreneurs have to rely on personal savings or loans from family and friends to start their business. In many cases, the founders are not able to raise more than Rs 20,000.

The capital may be small but the entrepreneurs’ dreams are big. And their desire to succeed is even larger.

Here are five inspiring stories of entrepreneurs who started a business with just Rs 20,000 or less initial investment, and went on to build multi-crore companies:

Born and raised in Jaipur, Rajasthan, handicrafts always mesmerised Rahul Jain. But when Rahul stepped into a mall in Mumbai, he was shocked at how expensive the Rajasthan handicrafts were priced.

The experience spurred Rahul to open his own ecommerce company to collaborate with artisans and craftsmen and sell affordable products by cutting out middlemen. In 2014, Rahul and Ankit Agarwal and Pawan Goyal founded eCraftIndia.com with a bootstrapped capital of just Rs 20,000.

It started as a small online handicraft store and its first product to be sold was a wooden elephant showpiece costing Rs 250. Over the years, it expanded and started onboarding artists from Gujarat, Maharashtra, Karnataka, Madhya Pradesh, Delhi, Uttar Pradesh, and Punjab. eCraftIndia.com also opened its own manufacturing unit.

Today, Rahul’s company has more than 9,000 SKUs in its collection and is currently one of the largest handicraft e-stores in India, clocking Rs 12 crore annual turnover.

Before becoming an entrepreneur, RS Shanbhag was just an engineer from a small village. He had Rs 10,000 in his pocket, and he used it to start a small-time systems integration company in 1991.

The business, named Valuepoint Systems, was set up because Shanbhag wanted to bring jobs to rural people so that they didn’t have to travel or relocate in search of greener pastures.

He started it in Bengaluru but began working in small towns and villages to hire graduates and train them on technologies and services. Valuepoint would set up a center in a village and employ workers, who in turn would deliver on certain projects.

But once the company started riding the IT wave, it began servicing IT infrastructure requirements of large companies. Now, Valuepoint is a leading IT infrastructure service company in South Asia, which services 73 Fortune 500 companies (from a recent listing). The business is expecting a turnover of Rs 600 crore this year.

In 2009, 18-year-old Puneet Kansal started Rolls Mania in Pune. He started the kathi roll business with a meagre capital of Rs 20,000 which he borrowed from a friend. He ran a table-sized kiosk outside a restaurant at Magarpatta city, and had just one chef.

One day, Puneet made friends with some customers: Gagan Sial and Sukhpreet Sial, who were entrepreneurs in the restaurant industry. When they recognised potential in Puneet’s business, they came together with Puneet to register Rolls Mania and open the second outlet in 2010.

They started slowly scaling up, and on occasions when delivery partners and employees didn’t turn up, the three of them personally delivered food. Rolls Mania became a sensation within just a few years and it was time to take the success countrywide. Puneet opened the doors for franchise models and expanded the company across 30 cities.

Today, Puneet’s company has over 100 outlets across the country, sells around 12,000 rolls each day, and makes Rs 35 crore annual turnover.

Nitin Kapoor worked at a private bank and Amit Kapoor worked with eBay when they decided to join hands and start something of their own. They noticed the large volumes of waste generated by the apparel industry. They also saw the industry guzzled precious resources like water.

This inspired them to invest Rs 10,000 and start an ecommerce company that followed the ‘Just in Time’ (JIT) inventory management method. Their company, Indian Beautiful Art, ensured that garments were only manufactured once the customer placed an order. Nitin saw to it that right from printing to dispatching the product, the order was managed within 48 hours and then dispatched with zero wastage of natural resources.

They sourced products from manufacturers across India in Khambat, Ahmedabad, Jaipur, Meerut, Kolkata, Khurja, Moradabad, Ludhiana, Amritsar, Mumbai, New Delhi, Hyderabad, and Lucknow, to sell in other countries, including the US and the UK.

Today, Indian Beautiful Art is one of the largest online sellers in the ecommerce industry for Indian products globally. It records an annual turnover of Rs 30 crore.

In 2014, electrical engineer Zubair Rahman worked as a CCTV operator in Tirupur, Tamil Nadu. But the 21-year-old dreamed of starting his own business. One day, he got a request to install CCTVs in the office of an ecommerce company.

He spoke to the manager and understood how the company was making money by sourcing and selling items online. Ecommerce appealed to Zubair as he didn’t have to invest heavily in manufacturing.

Inspired by this, he invested just Rs 10,000 and started an ecommerce company The Fashion Factory from his home. He sourced textiles from Tirupur and started listing combo packs on Flipkart, and Amazon.

Selling in combo packs made individual clothing items cheaper than selling them separately. Zubair saw less profit per sale, but his low per-unit prices attracted a lot of attention, and his number of orders quickly shot up.

Zubair’s strategy worked so well that The Fashion Factory now receives 200 to 300 orders per day. He also signed an exclusive deal to sell to Amazon. The Fashion Factory sees yearly revenue of Rs 6.5 crore, and is targeting Rs 12 crore in the next year. 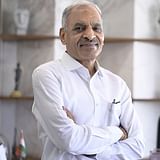 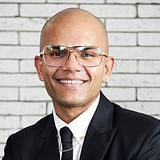 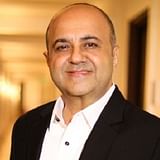 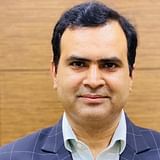 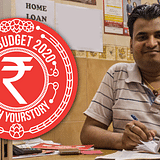 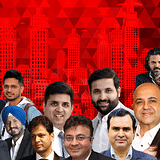 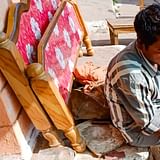 Govt working on ways to promote sale, marketing of products made by tribal communities 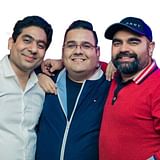 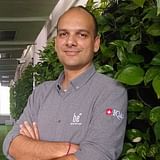