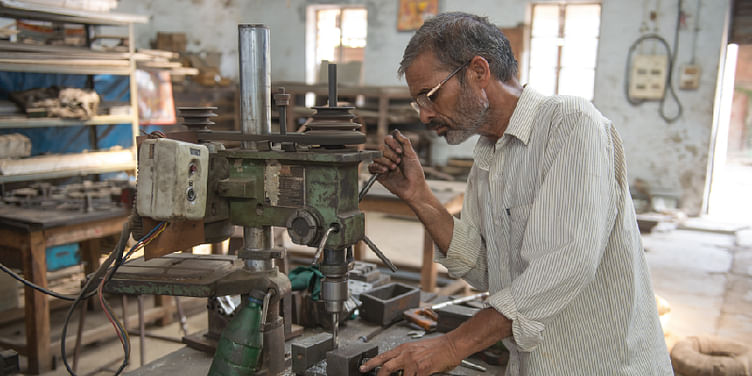 Industry body ASSOCHAM has demanded from the government a 'concentrated and right kind' of relief package for MSME sector, which was most affected by COVID-19 pandemic.

"There is a need for a relief package that has to be directed very carefully. We, at ASSOCHAM, believe that both the Centre and the states need to come together with certain plans, so that we can give concentrated, focused, and the right kind of relief to whoever needs it the most," ASSOCHAM President Vineet Agarwal said.

Suggesting some measures, he said banks should increase working capital limit of MSMEs by 20 percent but not charge any extra collateral.

Secondly, re-classification of NPAs of MSMEs should be done, Agarwal said.

Thirdly, street vendors, small shopkeepers should be provided with some sort of relief, direct benefit, working capital loan, he added. "As last time, some relief measures were taken specifically for the rural sector, a similar step once again should be taken," he said.

"Certainly, there is a need for some kind of impetus at various levels and definitely more at the MSME level," said Agarwal, who is also the managing director of Transport Corporation of India Limited (TCIL).

On the impact of the second wave of the COVID-19 pandemic on the economy, he said:"As we saw during the first wave as well, the larger companies were able to come out of it much faster. We are seeing that MSMEs are facing the brunt of issues now. So many of them are facing demand cuts. Some of them are not receiving their payments on time."

"We also know that the commodity cycle has increased i.e., the prices of commodities have increased, which is impacting their cost structure. Overall, on MSMEs the impact has been disproportionate in the economy."

In the services sector, especially hospitality and tourism, contact industries, the challenges are greater.

"But simultaneously we are seeing that most of the factories, industries are running to great extent. Some factories where there was rise in number of COVID cases might have shut operations, but the supply chains have not been disrupted to that extent, as it happened in the first wave," he explained.