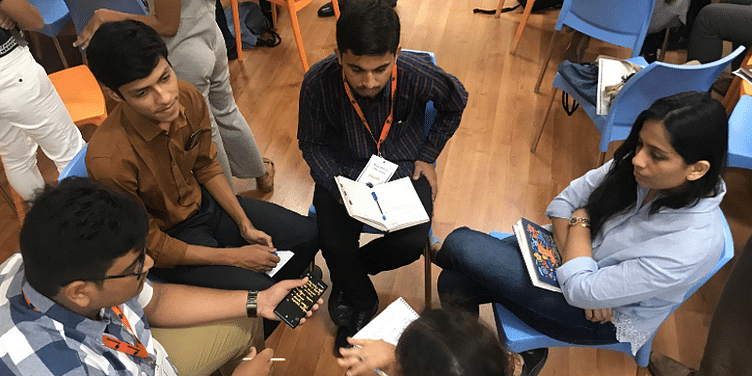 Ashoka Innovators for the Public has shortlisted 12 teenagers from across India for the first global edition of its Young Changemakers programme. The initiative’s aim is to focus on the role of teenagers as influencers and co-leaders as a means to bring about large-scale social change.

Be it Steve Jobs and Malala Yousafzai, or Thomas Edison and Martin Luther King Jr, outliers have proved time and again that it pays to think differently and challenge the status quo. “In a world that keeps telling almost every young person, ‘you can’t’, it’s critical to have a flow of stories and role models that show 'you can', and that provide an array of ideas and methods.

Ashoka Young Changemakers provides powerful, carefully identified young people and the journey of a young person who has “their dream, their team, and the ability to change the world".

Innovators for the Public, a non-profit organisation, was founded by Bill Drayton in 1980 based on the idea that the most powerful force for good in the world is the social entrepreneur. Starting in India in 1981, Ashoka is leading the way to an ‘Everyone is a Changemaker’ world. It is the world’s largest network of changemakers and social innovators, with more than 3,500 social entrepreneurs in 93 countries.

Recently, Ashoka shortlisted 12 teenagers from across India out of the 1,200 applications for the first global edition of the Young Changemakers programme. The initiative’s aim is to focus on the role of teenagers as influencers and co-leaders as a means to bring about large-scale social change.

SocialStory spoke to seven of these teenagers who are doing their bit to address various issues, be it in waste management, providing employment to vulnerable sections, or destigmatising mental health, through their initiatives.

“My aim for Silaigram is to walk towards a green and clean community by creating clean and sustainable daily-use solutions. At Silaigram, we upcycle waste from garment factories and decor shops to produce beautiful jholas and kurtis,” says Wasudev.

Silaigram comprises a team of four members, including his mother who has nearly two decades of sewing experience.

Disha co-founded Inner Goddess & Big Sister Programme when she was just in Class XI. “My main aim for Inner Goddess was to increase financial literacy in women in the investing space through workshops and campaigns,” the now 19-year-old says. Her mission was to see women become financially independent by making them realise why investing is a necessity and not just a luxury.

Inner Goddess conducts workshops in corporates, societies, and villages and has been able to impact over 5,000 women. The team consists of five core members at present.

“It is a company that works towards the economic empowerment of women intersectionally, with an emphasis on their financial liberation and personal strategy development,” she adds.

The Big Sister Programme, on the other hand, is a non-profit mentorship initiative for underprivileged young girls. ‘Big Sisters’ between ages 18 and 26 volunteer to mentor young girls from poorer economic backgrounds. They teach them valuable skills on finance, and help them become secure and independent right from an early age. So far, 200 ‘Little Sisters’ have been impacted, and benefit from having a Big Sister they can rely on.

Through Energinee Innovations, Akash works closely with the GB Nagar District Jail in Uttar Pradesh and is currently collecting waste from 52 temples across New Delhi.

He says, “My main goal is to stop water pollution that contaminates the rivers, lakes, and reservoirs of North India, and to empower prison inmates by providing them with employment.” Waste such as poisonous incense sticks and flower waste are upcycled to create beautiful sculptures and artwork by inmates for the larger community.

Akash has been able to create impactful change by providing employment to 22 prison inmates within a year. Eighteen inmates have been granted permanent bail, and Energinee Innovations has provided four of them with jobs at various NGOs. Through its initiatives, the team of six hopes to encourage people to adopt sustainable living practices.

Kaajal Gupta’s app Liberate: My OCD Fighter came to being in May 2018. After being diagnosed with obsessive compulsive disorder (OCD) as a youngster, the 17-year-old wanted to create awareness about this mental health condition. Through her app, the teen aims to educate users, connect them to a therapist, and ultimately normalise therapy.

Liberate provides various resources, including exercises such as cognitive behavioural techniques and exposure response prevention tools. The app also functions as an interactive platform that allows the user and the therapist to communicate with each other through weekly emails to stay on top of their progress. The app can be found on Google Play Store in India and the US, and has recently been released in the EU as well.

Kavin Vendhan’s SMILEY India aims to address those issues youngsters face that bring down their self-esteem and hinder self-development.

By enabling a safe space, SMILEY India provides counselling and mentoring, and holds club meetings for youngsters struggling to cope with low self-esteem and image issues. Kavin believes that ‘youth is power’ and having good role models is critical to shape youngsters into responsible adults and capable leaders.

With Kindness: The Universal Language of Love, Chandini Grover aims to change society’s attitude towards stray animals. She started this organisation the day she witnessed a stray puppy being run over by a vehicle. On that day, the 14-year-old vowed to do everything in her power to prevent something similar from happening again.

Since, the teen has conducted a number of drives in Bhopal to provide food and water, as well as vaccination and deworming for strays. She feeds around 70-80 dogs daily and has noticed a significant behaviour change in the neighbourhoods close to her own as a result of her perseverance. Her core team has six other members.

Radhika Joshi’s Second Chance Project was started in June 2018 after a close family member suffered from organ failure. The Second Chance Project is a youth-led social initiative that aims to raise awareness about organ donation in India by creative interventions such as street plays, information sessions, and through games and art.

For younger children, Second Chance spreads awareness by creating colourful aprons with drawings of body parts to impart the importance and function of each organ, how organ failure occurs, and how organ donation can save lives.

The core team comprises of six members and the project now has volunteer-run city chapters across Mumbai, Delhi, and Dehradun. Second Chance has sensitised over 800+ individuals about organ failure so far.

The key skills Ashoka looks for in its future leaders and changemakers is empathy, leadership, teamwork, and the ability to create lasting social change.

To be the next changemaker in your city or country visit https://www.ashoka.org/en-IN

App-based discovery platform TravellerPass enters India. Here’s how it can help you explore you...