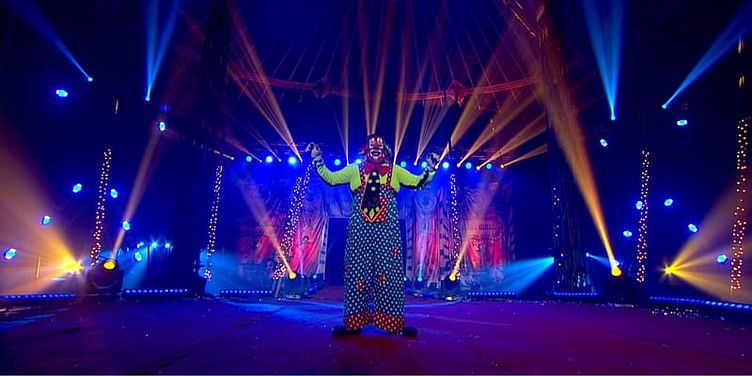 While the entertainment industry has taken a big hit due to the COVID-19 pandemic, the country’s popular Rambo Circus is set to go online with its show ‘Life is a Circus’.

A few decades ago, a circus was an event that every person, irrespective of their age or social status, wished to attend.

This was also a big part of Biju Nair’s dream, when he ran away to join the circus at the age of 30. The now 50-year-old principal clown recalls the hysteric feeling of entertaining a crowd back in the days when he started performing.

“I have seen crowded circuses, worked with many celebrities, and even performed at Prithvi theatre in Mumbai, but the joy of making kids laugh is unparalleled. However, we have been witnessing some really tough years,” he tells Social Story.

Today, technology has completely changed the definition of entertainment. Moreover, the coronavirus pandemic has only added to the existing problems of circus artists like Biju, that too, in the peak times of their shows.

But thanks to Aditya Shah, 31, and Suganthan Asokan, 26, the Rambo Circus, founded in 1991, is going digital through its show ‘Life is a Circus’ on September 25.

“While my dream of making an impact in the entertainment industry was a distant reality, I wanted to make sure the 100-year-old entertainment tradition of India doesn’t die,” says Aditya, who has been trying to bring back the vibrancy of the circus.

Aditya’s family has been managing the biggest circuses for over 70 years, starting from his grandfather. According to him, back in his grandfather’s time, circuses used to compete with films that were being released along the same time as their shows. However, this has changed evidently with the advancement in films and variety of the genres, leading to a slow death of the circus industry.

“I tried multiple things to revamp the industry but I realised that they (the circus) were not prepared for an overhaul and were resistant to a digital change,” he says.

Adding to the trouble, when the pandemic struck and the lockdown was implemented, the artists were stuck in different cities that they were performing in, and could not find a way back to their hometowns.

Aditya began receiving multiple distress calls during the lockdown, but it was quite difficult to feed all the artists. That’s when he contacted his friend Suganthan, a digital marketing professional in Mumbai.

“Seeing the numerous reports of hardships during the lockdown, it felt like a moral duty to help the people in need,” says Suganthan.

The duo has been distributing meals, ration kits, medical kits, and also providing monetary support to the Rambo Circus artists for over five months now. Through the crowdfunding platform Ketto.org, they also organised a campaign seeking local on-ground support for the stranded artists.

Aditya and Suganthan also came up with the idea to find a solution to revamp the circus, but on the digital space. With the help of Laqshya Live Experiences and Production Crew Entertainment Pvt Limited, they have created a vibrant experiential circus through which everyone can relive childhood memories.

“As part of the overall events ecosystem, we are pleased to support Rambo Circus and excited about the prospects of taking an event that was traditionally hampered by location over a digital platform.”

The circus will hit the screens on September 25 and tickets can be bought via ﻿BookMyShow﻿. While a single ticket of Rs 199 would suffice, it would be beneficial to the artists, if one can buy the family pass of Rs 399 for more than one viewer, urges Aditya.

Commenting on the initiative, Sujit Dilip, Owner of Rambo Circus, says: “Laqshya Live Experiences and Production Crew Entertainment have executed the steps required to bring the circus online for the first time in India. We have always tried to go with the trends of the generation since the show must go on!”

The circus was filmed over two days in Airoli, Mumbai, featuring about 30 artists. Viewers will get to see daring acts like the trapeze, acrobats, and silly clown acts filled with fun and laughter.

Biju Nair and other artists at the Rambo Circus say they have finally found hope that will sustain their jobs.

“Many days I would watch YouTube videos of artists to look for inspiration. I hope our performances will find viewers who are looking for an inspiration. With our circus going digital, everyone in the circus has something to dream about again,” says Biju.

Anticipating a successful show, they also plan to take this to OTT platforms and are also in talks with many such platforms (names not revealed) to further this step.

“We hope the art and the artists sustain, and we will be able to showcase the history and heritage attached with the oldest Indian entertainment tradition,” says Aditya.