This week in Web3: Ethereum switches to Proof-of-Stake, Starbucks partners with Polygon 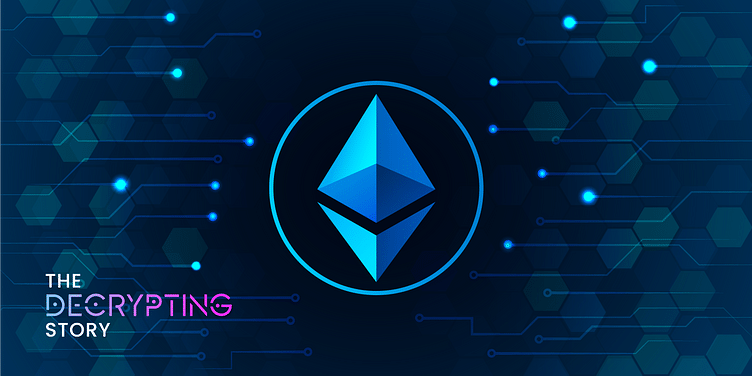 Read about this week's developments, news, and trends in the Web3 ecosystem.

A historic day for crypto

In a landmark moment for the blockchain, crypto, and Web3 sector, the Ethereum blockchain successfully completed the long-awaited 'Merge'—a transition from a Proof-of-Work (PoW) system to a Proof-of-Stake (PoS) network.

With this move, Ethereum—the dominant platform for building and running decentralised applications—cuts its carbon footprint by 99%, according to the Ethereum Foundation.

Impact of the Merge

Starbucks teams up with Polygon for NFTs

This will combine the existing Starbucks Rewards loyalty programme with an NFT platform. Sandeep Nailwal, Co-founder, ﻿Polygon﻿, announced the partnership on Twitter and said that this was possible because of the Ethereum Merge.

What the partnership is about

The company's blog post stated, "This programme will enable its US customers to purchase digital collectible stamps in NFT form that offer rewards and immersive experiences."

The rewards could range from virtual espresso martini-making classes and unique merchandise to exclusive event invites at Starbucks Reserve Roasteries, and potential trips to the Starbucks Hacienda Alsacia coffee farm in Costa Rica.

The metaverse pitched itself as the socially-distanced alternative for socialising amid the pandemic—helping people find love and friendship.

What Loka is about

In the simplest form, ﻿Loka﻿ can be considered a metaverse multiplayer game, where users can interact with game replicas of Indian cities and visit its iconic destinations.

The platform has nearly two lakh users and is expanding on its existing B2B business of hosting events on its metaverse.

It recently partnered with electronics maker ﻿﻿boAt Lifestyle﻿﻿ to host a K-pop concert on its metaverse.

NEAR Foundation, the Swiss non-profit overseeing governance and development of Layer-1 blockchain NEAR Protocol﻿, announced the launch of a Web3 regional hub in India dedicated to blockchain talent development and innovation.

To lead this initiative, ﻿NEAR﻿ has tapped Aayush Gupta and Yash Kanchan, who used to lead India's strategy for Terraform Labs.

The hub marks a strong intent from NEAR to invest in India, given that it is—home to one of the largest startup ecosystems in the world.

So far, Polygon, Solana and Ethereum communities have been leading Web3 innovation in India. NEAR is typically seen as a rival to Ethereum and its entry into India signals a strong interest to tap into the Indian Web3 ecosystem. Earlier, NEAR launched its India-focused NEAR India Accelerator programme in 2021 to identify upcoming Indian startups in the blockchain.

MeitY Startup Hub, an initiative of the Ministry of Electronics and Information Technology, announced its partnership with social media giant Meta to launch an accelerator programme to support XR technology startups in the country.

Rajeev Chandrasekhar, Minister of State for Electronics and Information Technology, and Joel Kaplan, Meta’s Vice President of Global Public Policy, were part of the event.

As reported by Mint, the accelerator programme will support 40 early-stage startups working on building XR technologies and will receive a grant of Rs 20 lakh each. Besides this, with this programme, startups will also get mentorship in a range of domains, including research and development.