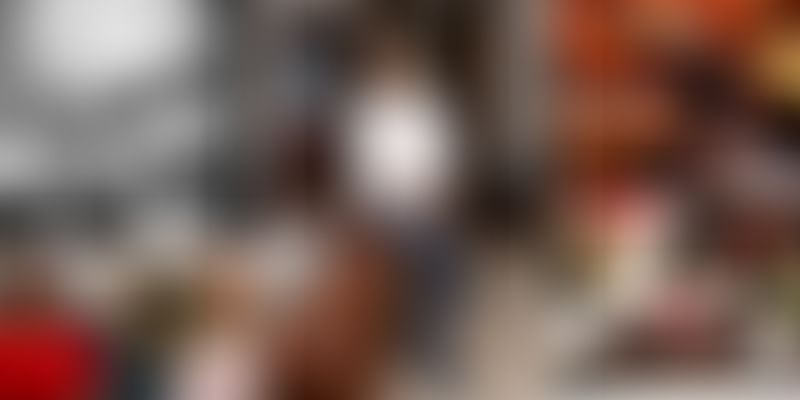 In the second week of February, YS Weekender brought to you, stories of art, cinema, entrepreneurship, dating during the pandemic, and baking.

While still talking about love, YS Weekender got in a conversation with the same-sex couple and Spotify podcast hosts Yogi and Kabeer to get a glimpse of what it means to be a homosexual in India.

The duo has recently released their podcast Shuddh Desi Gay on Spotify to talk about their struggles, monogamy, polyamory, and love, to pop-culture and social affairs.

If you are stuck home with your better-half, we recommend you try one of these desserts to surprise your loved one. Chef Niklesh Sharma of Academy of Pastry Arts Group suggests five pastries to keep the whole day sweetness, surprise and romance.

If you are single this Valentine's and looking to indulge in connections that will last, check how Bengaluru-based dating app Aisle, differentiates itself from its competitors.

According to Founder and CEO Able Joseph, Aisle is the second-most downloaded dating app in the country, and “The market leader in high-intent dating.”

“Unlike casual ones, high intent dating apps are customised for a certain demographic, have detailed profiles and track success stories as their measure of accomplishment,” Able explains.

Aisle is designed to connect people of Indian origin from across the globe, who are looking for ‘serious relationships.’

If you do not swing either way and want to spend the Sunday at leisure, we recommend you read the following articles published by YS Weekender this week.

We chatted with actor and director Anand Tiwari. We have first seen him in the famous Tata Tea commercial Jaago Re, and later in Bollywood films Udaan, Aisha, Go Goa Gone, and Chhapaak.

But actor Anand Tiwari says, "While I am happy to act for the rest of my life, what I really want to do is make cinema and series, and tell stories as a director, producer, and writer. That satisfaction is a bigger high for me."

In a candid conversation, the Love Per Square Foot and Bandish Bandit-director talks about long-lasting relationship with directing and his plans with his media company Still and Still Media Collective.

In the last of YourStory’s Drive into the New Year series — which featured leaders as they rev into 2021 and offered a perspective into how Indian changemakers plan to navigate the road ahead, we had Ashish Shah, Co-founder and COO of Pepperfry, in the driver's seat.

Having gained perspective in 2020, “I am going to make 2021 one of my hardest working years in business,” Ashish said during the conversation.

His priorities for the year are crystal clear — good sleep, taking care of his health, and more quality time with family and friends.

Watch Netflix original series Firefly Lane. But before you do, we suggest you read our review for YourStory Reviews. Trending at #1 in India, the series stars Katherine Heigl and Sarah Chalke in the lead roles. It is based on Kristin Hannah’s 2018 novel by the same name.

The show reassures us women that while ‘men may come, and men may go’, our girlfriends stick around, irrespective of the situations.

National Award winning composer Shantanu Moitra, the man behind Baawra Mann Dekhne Chala Ek Sapna to Piyu Bole and Give Me Some Sunshine from 3 Idiots, discussed how the first steps in his career have always been failure.

"I am eternally grateful to those failures because I wouldn’t have found my purpose otherwise,” Shantanu said.

Read his story on how his craft created its own destiny.

As we prepare for summers, Functional Nutritionist Deepa Kannan in her weekly column suggests 10 tips to prepare for a 'sunshine summer'.

"Come summer, the coolness suddenly starts to shift to this fiery summer, triggering a host of potential problems, unless you shift a few aspects of eating and lifestyle, which can provide a foundation on which the body adjusts," Deepa writes.