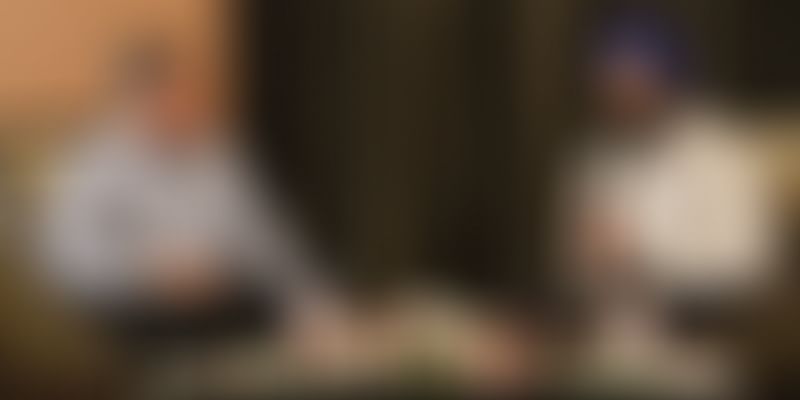 The media would mob Ratan Tata if they could. They nearly did on Wednesday, at the opening of Invest Karnataka in Bengaluru, and quite possibly exercised restraint because of the tremendous respect he so effortlessly commands. On Thursday, the setting was a lot more relaxed. Less than 25 people were in attendance – the number intentionally limited. India’s most iconic business leader had yet another announcement to make – this time, not an investment in a startup, but something larger, more long-term and close to his heart.

His private investment company, RNT Associates, is partnering with the University of California’s Office of the Regents (UC Investments) to jointly fund startups, new companies and other enterprises in India. The partnership is currently at the concept stage and the details are still being worked out, but Mr Tata described it as “a far-sighted step to recognise the new industry that is emerging in India”.

Why UC Investments and what’s different

Representing UC Investments was its Chief Financial Officer, Jagdeep Singh Bachher, who explained the key difference in the investment approach: they are looking to invest in attractive, interesting opportunities from a patient, long-term perspective, i.e. an investment horizon of over 10 years. The partnership intends to discover entrepreneurs who are looking to find solutions to real-world problems, and is not focused on valuations at this time.

Remarking on the partnership, Mr Bachher said that UC couldn’t think of a better partner than Mr Tata for exploring opportunities in the new India: “If we can bring what Silicon Valley is doing to India, then one plus one can be more than two in is situation.”

Mr Tata explained that they had no pre-judged ideas about the size of investments or which sectors they wanted to invest in – they were as open to e-commerce/m-commerce and technology as they were to solutions in energy, agriculture, water, education and healthcare. “We want to give ideas the time they need to realise their potential, to be able to solve the problem and create value,” Mr Bachher added.

Explaining the value that the University of California, the largest public research university in the US, would bring to the partnership, Mr Tata said: “UC, through its system, can provide great assistance to an entrepreneur here, something he may not be able to put together himself. Somewhere in the archives of UC there may be knowledge for which India is an outlet. It is our joint view to encourage entrepreneurship by recognising the ability of the founding groups and providing them support in a manner that will make a difference.”

As always, Mr Tata deftly yet politely declined to answer questions about his own investments in about 25 startups. He also refused to be drawn into a discussion with regard to his alleged comments about many startups being overvalued.

For now, he remains focused on his idea of a new India, one he wants to help create by finding and supporting entrepreneurs working on exciting ideas and solving problems faced by the masses. UC, in turn, has numbers that speak for themselves: it is made up of 10 individual universities with 260,000 students, 1.7 million alumni, 61 Nobel Prize winners and a corpus of nearly $100 billion. They also create five new inventions a day, and file more patents than any other entity in the US.