From Pokemon Go and Prisma to progressive web apps, mobile trends that are changing lives in 2016 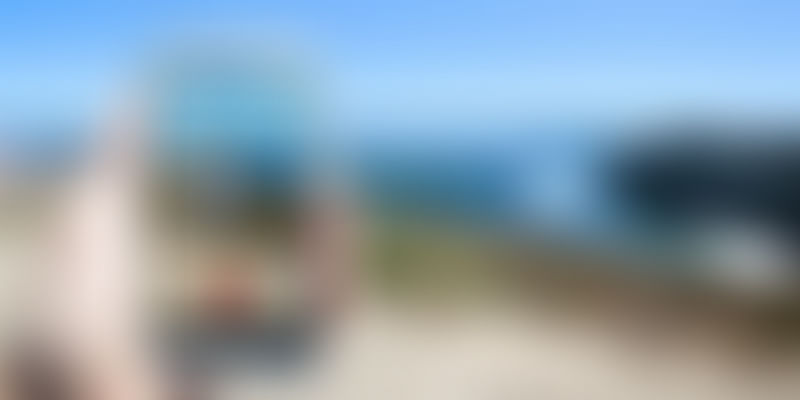 The ‘personal computer revolution’ took computers from corporate offices to every home and desk. Then the smartphone revolution came along and put computing power, that is considered to be more advanced than what NASA used to take man to the moon, in every pocket. Benedict Evans, Mobile Analyst at Andreessen Horowitz, in his recent presentation - ‘Mobile ate the world’ - considers smartphones to be the first universal product that is part of the new ecosystem of ‘mobile’, which has a market much larger than PCs.

Benedict also noted that ‘mobile’ is an ecosystem and not just a form factor or screen size. Modern mobile phones (smartphones) are a combination of advanced hardware, software with a touch interface layered on top of operating systems. These devices are also equipped with multiple sensors that track ground-level data that PCs cannot. Benedict opines,

Really, it’s the PC that has the limited, cut-down version of the internet.

In 2016, the world got a preview of some of the great potential that the mobile ecosystem has to make our lives better. Here are some of 2016's most interesting mobile trends-

Progressive web apps aim to provide an experience that combines the best of the web and apps. In November 2015, Flipkart and Snapdeal launched Flipkart Lite and Snap-Lite, respectively, their own PWAs, to provide a native app-like experience to users on mobile web.

Now in 2016, we are seeing a lot of interest from both SMEs and legacy players, who want to cash in on the PWA trend. Google and Samsung too are playing their part to encourage developers to develop progressive web apps with developer tools and resources.

In India, ProgressHive, one of YourStory’s Tech 30 2016 companies, lets companies create PWA for free using their APIs and monetises by charging for analytics. Co-founder Himanshu Kapoor had told YourStory,

We helps businesses build new-age apps that are connectivity independent, which means that the web app can work in low network zones and even offline. Other advantages of a PWA are that they require no installation, have an icon on the home screen, can send push notifications, and are available on all devices.

On the global front, content aggregator Flipboard and legacy player in the media space The Washington Post too have been leveraging progressive web apps to reach out to larger audiences.

While augmented reality has been the buzzword for some time, Niantic in partnership with The Pokemon Company took the concept and made it mainstream with their viral hit - Pokemon Go. The popular gaming app, which combines the real world with the virtual world of Pokemon, had players running around and exploring different parts of their city, in a quest to capture Pokemon.

Local businesses too were able to leverage by setting up Pokemon lures, causing an increase in footfall at their stores. Pokemon Go was also praised for its ability to get people out of their homes and interact with each other in the real world. Other companies too are now looking to leverage augmented reality based apps.

Prisma, the popular app that transforms photos into artworks using the styles of famous artists, was the other breakout app in 2016. More recently in October 2016, Prisma extended its services to 15-second video clips on iOS devices. Different from photo filters, Prisma claims to re-create a new image from scratch, with the processing happening right on a user’s smartphone, based on the data it is fed.

Google too has shown a lot of interest in this space and most recently, brought its own hardware and software together under one roof, by launching its own smartphone – Pixel - that heavily leverages Google’s AI abilities. Sundar Pichai, CEO of Google, noted during the Pixel Launch

The last 10 years were about building a mobile-first world, turning smartphones into remote controls for our lives. But in the next 10 years, the shift will be towards a world that is AI-first, a world where computing becomes universally available.

While smartphones will remain the central focus, Google and other companies are launching a 'family of IoT products' that interact with each other.

From just being a device to making phone calls, mobile devices now have a wide range of capabilities from capturing photos and videos to full-fledged internet experiences and more recently payments with Apple Pay and Android Pay gaining mainstream popularity.

But closer home in India, where Apple Pay and Android Pay hasn’t reached the masses, the National Payment Corporation of India (NPCI) launched unified payment interface (UPI) earlier this year. Lot of industry experts believe that the ability to have ‘live transactions’ without having to rely on some of the restrictions and procedures imposed by banks, make this a gamechanger for the mobile payments space. Many banks and startups in the fintech space, like Instamojo, have rolled out UPI-related apps and services already.

"Come and discover the cutting-edge mobile solutions created by India's developers, entrepreneurs and mobile enthusiasts, only at MobileSparks 2016"