Climbing for India: from World Cup tournaments to the Olympics 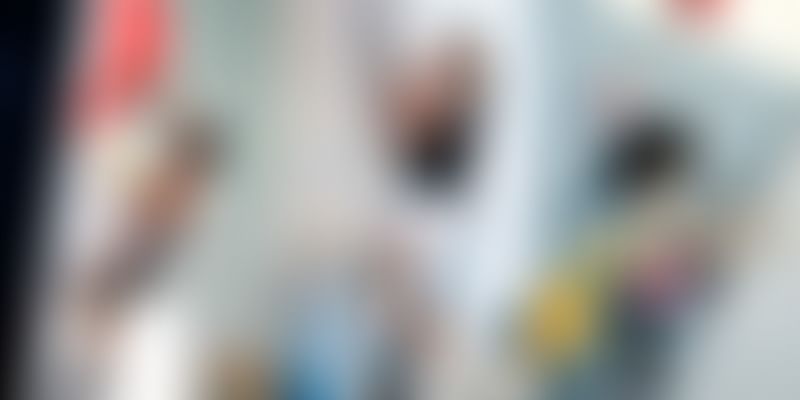 Wall climbing is fast becoming a popular sport to the Indian audience. The Indian team which participated in the 2017 World Cup held in Mumbai aim to win the Olympic Games 2020.

Prateeksha Arun from Bengaluru started climbing when she was all of 10 years. At 18, she became the runner-up in the Indian (Bouldering) Open Championship in February 2017. Pune-based climber Ajij Shaikh has won a number of national climbing competitions. He was part of the Indian contingent in the first IFSC Climbing World Cup hosted in India in 2016. Siddhi Manerikar fell in love with the sport when she was selected for her school’s Republic Day demonstration. Ever since, she practised regularly on the climbing wall of her school.

For Adarsh Singh, who started climbing at age 13, it has always been about challenging himself and testing his own limits. He successfully completed Ganesha, one of India’s most difficult bouldering routes, in 2015. This 19-year-old from Delhi trains children at wall climbing about twice a week, and practises his sport the rest of the time. He says, “I want to push myself and this sport is the best place for me to do that.”

Youngsters Prerna Dangi, Shivani Charak, and Sandeep Maity, along with Prateeksha, Ajij, Adarsh, and Siddhi, too are making a name for themselves as wall climbers.

The Youth Olympic Games Buenos Aires 2018 is all set to debut sport climbing, which involves permanent anchors fixed to climbing structures, two years ahead of its introduction in the Olympic Games. Here, speed climbing, lead climbing and bouldering will be combined to create a new form of sport climbing. The International Federation of Sport Climbing (IFSC) reports that more than 140 countries worldwide have climbing walls, with about 35 million climbers aged at an average of 23.

The IFSC World Cup of Climbing 2017 was held at CIDCO Exhibition Centre in Vashi, Navi Mumbai on June 24 and 25. The Indian Mountaineering Foundation (IMF) was the host. Supported by Tata Trusts and powered by Bajaj Electricals, the sporting event was organised by Girivihar Mountaineering Club.

After a successful World Cup in 2016, the IFSC Governing Council decided to give Mumbai the hosting honours once again in 2017. The Indian team—including Prerna, Shivani, Sandeep, Ajij, Prateeksha and Adarsh—visited Europe for an intensive 21-day training prior to the event.

In Mumbai, 120 athletes from all over the world competed to outclimb each other. This time, about 4,500 spectators turned up despite pouring rain. Even though our team did not qualify the semi-finals, the crowd was enthusiastic and supportive till the end. South Korea’s Jongwon Chon and Great Britain’s Shauna Coxsey aced the men’s and women’s categories respectively.

Girivihar is an adventure club in Mumbai, which promotes and practises alternative sports like trekking, cycling, climbing, skiing and others. Sharba Tasneem of Meraki Sport and Entertainment, Girivihar’s marketing partner, talks about what a large base of sport climbers India has developed over the recent past.

But Indian athletes still climb at lower levels of difficulty than their international counterparts.

The walls we have here are basic. It is challenging for us to climb tougher routes because those call for different techniques. The wall that came last year for the World Cup is still there, but it is assembled only during tournaments. We do not have proper infrastructure yet to practise climbing difficult routes, but they are trying to arrange for that, says 21-year-old Siddhi from Mumbai.

Better infrastructure, equipment and training facilities are the need of the day. Girivihar and Meraki have recently crowdfunded to raise costs for future improvement of the sport in India, and are currently on the lookout for potential sponsors. Since India is tapping into its pool of adventurous talent, the goal is to secure as many wins in sport climbing as possible in the Olympic Games 2020.