India at Davos: Digital diplomacy dialogue may include Aadhaar export to other nations 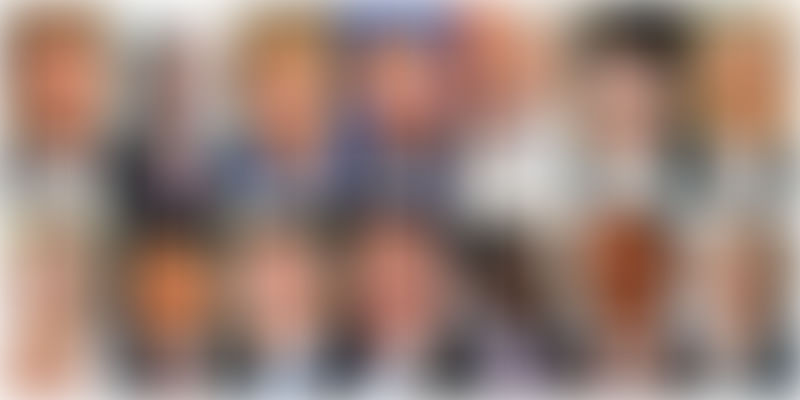 As world leaders gather at the freezing Swiss Alps resort of Davos for the four-day World Economic Forum summit beginning January 23, the presence of India’s Prime Minister, and six of his Cabinet colleagues and other Indian think tanks, is set to heat things up a bit.

The India Story is the hot story globally right now.

Riding high on its efforts towards a digital-first economy, the Modi government is no doubt going to unleash, what it calls, its digital diplomacy. In a session on Wednesday (January 24) to be anchored by Arvind Gupta, Co-founder of Digital India Foundation and member of tech bodies like the Nasscom, TiE, and Ispirt, and most importantly as the Chief Technology Officer of the ruling BJP, it is expected that the controversial topic of India’s unique digital identification system Aadhaar will be discussed.

Since the past year, there have been media reports suggesting that several countries have expressed interest in deploying Aadhaar and the software ecosystem around it called India Stack, which allows developers and startups to build software for the delivery of services, including digital financial transactions.

Arvind Gupta has been a vocal proponent of digital India, and in a recent HBR article elaborates India’s digital transformation that is taking place at the moment. “The reality is that India is moving into the future at an unprecedented rate. And the path it is taking to get there is digital,” he says.

According to the Unique Identification Authority of India (UIDAI) that is responsible for issuing the unique identity or Aadhaar based on an individual’s biometrics, till date, 1.12 billion Aadhaar numbers have been assigned to 88.2 percent of the Indian population.

No doubt the gargantuan task of collecting this kind of data in a country like India is not lost on world leaders, especially those in developing nations where the challenges of governance and providing services to the citizens is accentuated by the lack of digital infrastructure.

Since March 2016, there have been efforts towards initiating a digital diplomacy to look at how Indian tech power can help solve similar issues in developing nations. Though the exact name and number of countries remain undisclosed, those in the know say that South East Asian countries, Africa, and even a few developed nations have expressed interest in Aadhaar and India Stack.

And if this gets rolled out it has the potential to cover the next six billion population in Asia and Africa.

With World Bank “helping countries develop robust and secure Digital ID systems,” and the United Nation’s sustainable development goals that include legal identification to all citizens by 2030, the din may well get louder and what better place than Davos to thrash this out.

Members of Ispirt, the volunteer body that leads India Stack, have been meeting international representatives to iron out the modalities, but maintain that these are still early days.

“The government senses that there is a clear interest. We are at a stage where we are figuring out institutional mechanisms that are part of the government’s digital diplomacy. Ispirt is not in the business of taking it to other countries but we are happy to be the wind in the sail of India’s soft power going up,” said an Ispirt insider.

Even as the debate of individual privacy and data breach arising out of Aadhaar rage on in India, there has been a growing international queue for Unified Payments Interface (UPI), a system in India Stack layer that allows cashless financial transactions.

There is a notion among governments that digital payment should be a public good and not a commercial business for someone. The payments system is foundational and inexpensive to run which is why it is piquing other countries’ interest, according to sources.

“Aadhaar and the software stack around it have shown that it is easily deployable, scalable, and is extremely cost-effective,” says Sanjay Anandaram, an Ispirt member and angel investor. Answering the specific question if the issue will come up at the World Economic Forum, Sanjay, said, “I do not know how they will present it, but I certainly know that there is interest in the government.” Sanjay has been meeting and listening to presentations from representatives of other countries regarding possibilities of deploying Aadhaar.

Interestingly, in its annual 2017 letter, Ispirt states that “a consensus is rapidly building that without such public platforms, digital colonisation is a significant risk. China has mitigated this risk by creating its national winners. The US is somewhat protected as it has regulatory oversight on its winners. But Europe is in trouble. Denmark, recognising this, has created a Digital Ambassador to deal with the digital MNCs. They say that ‘it’s still a Westphalian world out there; Google and Apple can buy a lot of things, but not national sovereignty.’ Barcelona is leading a coalition of ‘rebel cities’ to take back ownership of digital data. It’s not clear whether these rearguard actions will have much effect.”

“Take the top three global American companies Google, Apple, and Facebook. Who owns the data of their users in different countries,” asks Sanjay. He states that the country cannot run based on tech platforms from the West. Countries are waking up to the fact of the sovereignty of data. Organisations that control data, control the geopolitics.

Answering the question of Aadhaar data breach and the fact that privacy of a citizen is a fundamental right in India, Sanjay says security is a cat and mouse game. “In the US alone in 2016, identity theft cost the US government $16 billion,” he adds.

India Stack’s fourth digital layer that of consent, the Consent Broker, was launched last year that allows service providers to unlock an individual’s data only with the user’s consent for their specific needs like credit or insurance. “This is where developed nations are showing most interest,” adds the source.

In India, meanwhile, efforts are on to draft a Data Protection Bill under the Srikrishna Committee, headed by the former Supreme Court Justice B N Srikrishna, who is studying issues relating to data protection and will make specific suggestions on principles to be considered for it.

Throwing light on the “implications of Aadhaar, the potential of India Stack as a threat to the FANG (Facebook, Amazon, Netflix, and Google) quartet and its potential implications on big American businesses,” Charles Assisi, Co-founder and Director of Founding Fuel, in an article in December last year in The Mint, writes, “What has gone unreported about India Stack is that this framework is a unique one. It allows citizens to own their data and port it to another “highway”, or from one platform to another—an idea that no private entity or government is comfortable with. Not just that, business models are being tested around this idea—all of which are uniquely Indian ones and can be exported to other parts of the world.”

Stitching up a fractured world

Showing confidence in the India Story, Morgan Stanley in its recent report, ‘India's Digital Leap, The MultiTrillion Dollar Opportunity,’ states that “India's digitisation drive has raised our confidence in our long-term growth estimates. We forecast GDP to reach $6 trillion, equity market cap to rise to $6.1 trillion and the market value of the financials and consumer sectors to hit $1.8 trillion and $2 trillion by 2027.”

“In the longer run, economic performance and potential growth will depend on the supply side and, in particular, on a revival of productivity growth. Techno-optimists claim that technology will fuel the needed gains, as the lag between digital capabilities and their applications in the economy shortens. But it is too early to say, with any evidence-backed certainty, whether they or techno-pessimists are right. There are convincing arguments on both sides, though we count ourselves as cautious techno-optimists.”

With its theme of ‘Creating a Shared Future in a Fractured World’, hopefully, the leaders at the Davos meet will address inequality within countries that is rising fast.

As the authors caution, “While individual countries show different levels of inequality, its rise has been evident almost everywhere, with income and wealth increasingly concentrated at the very top. This trend will accelerate as new technologies, regardless of how much productivity growth they generate, continue to increase the skill premium, shift income to frontier firms, and allow new types of near-monopoly, ‘winner-take-all’ positions to develop on a global scale...and herein lies the biggest danger in today’s exuberant headlines about growth.”