Warren Buffett to donate $3.6B to charity, including the Bill and Melinda Gates Foundation

Billionaire Warren Buffett said he is planning to donate $3.6 billion of Berkshire Hathaway’s stock to charity. Since his pledge to give away his fortunes to charity in 2006, Buffet has given more than $34.5 billion.

Warren Buffett on Monday said he plans to donate $3.6 billion of Berkshire Hathaway’s stock to five different charities, including the Bill and Melinda Gates Foundation, which will receive four fifth of the donation.

This is Buffet’s biggest charity so far, topping his donation of $3.4 billion to the same five charities last year, and made Bill and Melinda Gates Foundation one of the major shareholders of Berkshire Hathaway, reported CNN Business.

Since his pledge to give away his fortunes to charity in 2006, Buffet has given more than $34.5 billion, he said in a statement to Bloomberg.

Following his steps, other billionaires have also joined the bandwagon and are gifting big.

Jim Walton, the youngest son of Walmart Founder, gave away $1.2 billion of the retailer’s shares. And Bernie Marcus, Co-founder of Home Depot told Bloomberg about his plan to gift almost entire of his $4.5 billion fortune before he dies.

A group of people including investor George Soros, his son Alexander, and Facebook Co-founder Chris Hughes wrote a letter to the presidential candidates of 2020, in support of ‘wealth tax’ for the richest one percent Americans to provide funds for climate change and public health initiatives.

Billionaires like Buffett have argued they prefer to have entities such as the Bill & Melinda Gates Foundation for the charitable work, according to Bloomberg reports.

MacKenzie Bezos pledges half her fortune to charity 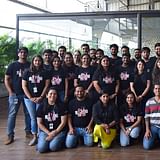