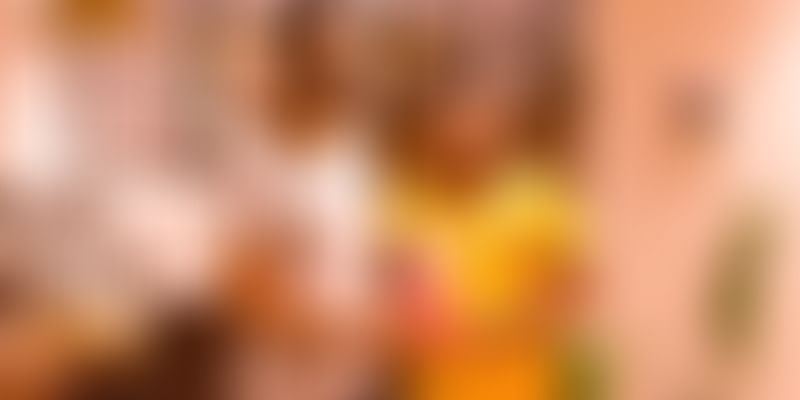 Founded in 2016, Bengaluru-based fantasy sports startup FanFight offers real-life gaming experiences to its users. It is now betting big on kabaddi to double its revenue.

It is no surprise that Indians love cricket. But, it turns out they love online cricket and making money out of it even more. Over the past couple of years, fantasy cricket has become one of the most profitable businesses and a boon for the Indian startup community.

When second-time entrepreneur Akhil Suhag founded ﻿FanFight﻿ in 2016, little did he know how big it would become. The Bengaluru-based startup caters to fans of popular sports and aims to offer a real-life gaming experience to users. One can choose teams like professional selectors, watch their performance, and win cash awards.

As fantasy gaming is a dynamic business, users are always moving onto the next platform if their luck doesn’t work on one. So, even though the market has several players already, Akhil believes there is place for one more.

“When we started, no one knew how big fantasy gaming would be but cricket was huge in the country. Right now, it’s a $500 million revenue market and that is just fantasy cricket,” he says.

With an army background, Akhil has grown up in frontier towns and believes that this has helped him stay grounded and patient. He has previously worked with Infosys, Dell, and MBA Guru, and was the founder of Contreezy.com.

From beta to scaling the product

Catering to fans of cricket, football, and now kabaddi, FanFight launched its beta version in 2016 while Akhil was still pursuing his MBA at the Indian School of Business. The startup immediately went looking for funding and the founder tells us that he approached almost 150 people – only five responded. But the Founder-CEO says that he needed just one to click.

Eventually, FanFight was funded by ACE2THREE, one of India’s biggest rummy companies that had about 10 years of experience in online gaming at the time. The company was looking to diversify its offering and decided to invest Rs 1.3 crore in Akhil’s idea in 2017.

This money gave FanFight an opportunity to build its team and get the right people to make the product.

The startup then launched its full-fledged product in September 2017. “Since then, we have been growing four times every year. Now, we are looking at crossing the 10-million user base after this year’s IPL,’’ says the Founder.

Fantasy cricket is a lucrative business and helped FanFight gain the trust of over six million users due to its consistent service.

However, the startup recently introduced fantasy kabaddi onto its platform as the sport has gained prominence in the last three to four years. Akhil believes its fantasy version is bound to make an impact on the market.

“Kabaddi is exciting; it’s played for only 40 minutes and features some of the finest players in the world. Fantasy kabaddi will play an integral part on FanFight and it'll slowly but steadily pave way for other sports as well,” he adds.

FanFight distinguishes itself from other platforms by not only offering daily cash prizes, but also fast cash withdrawals and a chance to compete with one's friends. The startup claims to have an advanced tech stack, which ensures the shortest lag between the live game and updates on a player’s potential wins.

In 2017, Ace2Three became a seed investor in the startup. Just before the 2018 IPL, FanFight raised around $1 million from Ace2Three and Canada-based equity firm Clair West, which it used to scale up its numbers. As a result, the startup went from having a mere 10,000 users to one million during 2018 IPL.

‘’From IPL 2018 to 2019, we went from one million users to four million users and we raised our next round just before the IPL 2019, which was of $5 million. The existing investors continued to invest as they were confident about the brand,” says Akhil.

How fantasy gaming is providing millennials with huge career opportunities

Initially, finding an investor was tough for Akhil, but the startup claims to be growing six times every year since it launched its full-fledged product. The founder says that this success is because of their data-related research and how the team is always looking to better the platform for players.

India's fantasy gaming market is full of players – big and small – and FanFight competes with the likes of ﻿Dream11﻿, ﻿11wickets﻿, and ﻿Howzat﻿. But, Akhil is not so worried about competition and says that FanFight has had a pretty impressive growth due to its USP, which is the ease of access and an effortless UI.

‘’We’ll invest plenty on research to make the product more user-friendly. The market will only grow and after this year’s IPL, we are expecting better growth. Cricket in India has grown multi-fold in the last four to five years. The reach has increased with the explosive growth of viewing on mobiles and the reduction of the cost of data in the country,” he says.

During the IPL, FanFight uses HotStar's APIs for effective targeting as the streaming giant has a clear demarcation of its subscribers' profiles. This has helped the startup onboard more users onto its platform.

"We have tied up with cricket.com. You can just copy a code and pick a team on FanFight. Fantasy users are glued to their devices when a game is about to resume. Our safe edit option has given everybody an equal opportunity to win money. You can now choose a playing eleven until the very first delivery in cricket, until the referee blows the whistle in football, and until the kabaddi brawl begins,’’ says Akhil.

As IPL matches will be aired across in several languages like Hindi, English, Tamil, Telugu, Kannada, and Bengali, this puts FanFight in a unique position to develop content in all the languages to target the audiences across India. In fact, it is now building a language strategy.

Fantasy cricket may have had made a mark in the early 2000s but it was only a minuscule idea at the time. Since then, the number of players has increased exponentially due to technology and easier access to sports.

A report published by KPMG and the Indian Federation of Sports Gaming (IFSG) estimates that the user base of fantasy gaming platforms crossed 70 million Indians in 2018. Participants in the nascent sport spent around $1.73 billion (Rs 11,880 crore) last year.

The huge numbers are a clear indication of how the portal has shot skywards. Sources say the startup is well on its way to cross Rs 50 crore in revenue this year.