Future of Work 2020: How bike rental startup Bounce is getting users to park right 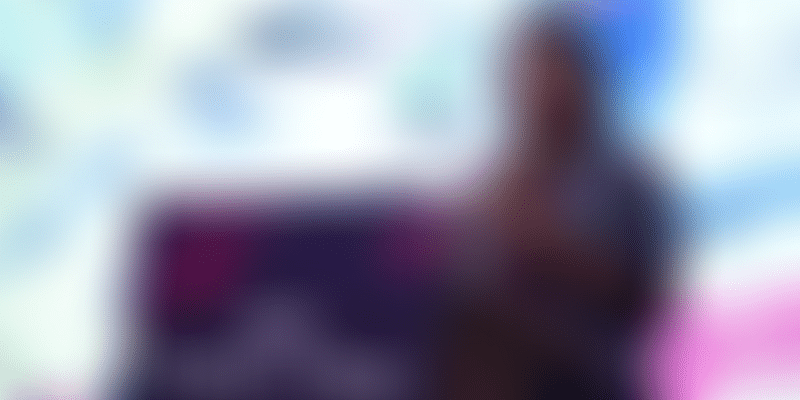 Ever noticed the yellow Bounce bikes at random locations across your city and wondered why? At YourStory's Future of Work 2020, Sruthi Sivakumar, Head of Design at the mobility startup, explains how it is getting users to park properly.

Indians spend more than two hours a day on the road daily, as per a report released by office commute startup ﻿MoveInSync﻿ last year. In the thick of traffic woes, scooting on a two-wheeler is more convenient than using cars and public transport systems.

Bengaluru-based startup ﻿Bounce﻿ is tapping this opportunity through its keyless and dockless two-wheeler rental platform, operating on the anywhere-to-anywhere model.

Future of Work 2020: Goibibo’s Vikalp Sahni explains how to leverage the internet to build marketplaces

While the startup now records a hundred thousand rides daily and has grown five times in the last one year, Sruthi Sivakumar, Head of Design at Bounce, said one of the biggest challenges for them was getting their users to park properly.

“There are users who try to take advantage of this ‘anywhere’,” she said, referring to its yellow scooters being abandoned in the middle of road and on flyovers, instead of a parking area.

“We definitely do not want Bounce creating a nuisance in the city. We want people to utilise it well and everyone to have access to this kind of service,” she said, speaking at the third edition of India’s largest product-tech-design conference, YourStory’s Future of Work 2020.

Sruthi said the startup began identifying the ‘offenders’, users who were not parking the bikes properly, and saw a clear pattern. People would abandon the rented scooty and end their ride in traffic.

Teams of designers, researchers, engineers, product managers, and those working on the business then went to places where such instances took place more frequently. The team noted a lack of any sense of ownership among the offenders.

They noticed that people were abandoning these bikes because of traffic and also because of the presence of traffic policemen. “One can usually see the length of traffic in a lane. And when there was too much traffic, they would just leave the scooters on the side, wherever that was, and move away. It didn’t matter to them that it was in the middle of the road,” Sruthi explained.

“At the same time, there are certain places like the end of a flyover where cops stand. So, Bounce users, riding without helmets, would abandon the bikes on the flyover and leave,” she added.

Some users would also conveniently leave the vehicle on open roads near the bus stations as well.

Contacting these users, who always demanded ‘proof’ of abandoning, led to further measures to curb the practice of bad parking.

Future of Work 2020: Here's what you need to develop products for space

Sruthi shared that Bounce decided to use fear and guilt as motivating factors to ensure proper parking by testing the feature of mandating users to click a live picture to end a ride.

At the same time, Sruthi claims that Bounce as a community is strong.

“Users with no record of abandoning a bike midway were extremely happy because they get offended when people do not use it in the right way. It is a service that they want and are unable to use it because of a few people,” she said, adding that they initially thought it would be a friction point and that they would be unhappy about the additional step.

Sruthi said apart from storing data on parking behaviour, clicking the picture also helped the next user to find the bike more easily. Users quickly adopted this as many had earlier cancelled rides due to inability to locate a bike.

After the picture is taken, the team employs Machine Learning (ML) technology to check if there’s a Bounce bike in the picture and then sends it to the next user.

“Today, around 90 percent of our users click a parking picture and out of that, about 80 odd percent of users actually have a bike in the picture. The idea is to make all users click a proper picture of the bike,” she added.

Notably, the startup recorded 70 percent reduction in bad cases of parking in the last couple of months. “While this is a huge percentage for us, it doesn’t end here because our end goal is to make bad parking less than one percent. And we are constantly experimenting and evolving,” she said.