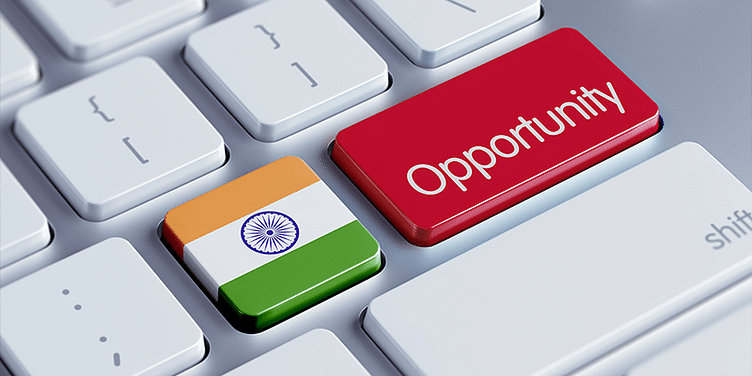 January 16 is now India’s National Startup Day. These inspiring quotes capture a wealth of trends and tips on this occasion. Happy leading!

Launched in 2014, StoryBites is a weekly feature from YourStory, featuring notable quotable quotes in our articles of this past week. Share these 50 gems and insights with your colleagues and networks, and check back to the original articles for more insights.

With more than $20 billion in venture capital investments in 2021, the Indian startup ecosystem is the third-largest in the world. - Srikanth Sola, Devic Earth

There are around 90 unicorns in India, making us the third-largest unicorn hub in the world. - Gaurav Manchanda, The Organic World

India is often described as “the poster child of emerging markets” for its vast commercial potential for startups. - Garima Surana, Sochcast

To startup in India today is a unique opportunity to build world-class products for a new and emerging consumer globally. - Nruthya Madappa, 3one4 Capital

The declaration of the National Startup Day is a pivotal moment in India’s transformation from becoming a nation of job seekers to job creators. - Naiyya Saggi, BabyChakra

It isn't about the unicorns or soonicorns or quantum of funding, but all about entrepreneurship being a way of life. - Sateesh Andra, Endiya Partners

India startups are creating visualisers and budding leaders who have the idea and passion to bring change through innovation. - Ujjwal Singh, Sri Chaitanya

Our startups are changing the rules of the game. That's why I believe startups are going to be the backbone of new India. - PM Modi

Some of the biggest changes that we have seen in the last two decades – ecommerce, digital payments, mobility – all have been powered by startups. - Vishal Chopra, WeRize

With the second-largest arable land in the world, India can be a world leader in establishing the potential impact on climate and farmer incomes by adopting sustainable agriculture practices. - Dhruv Sawhney, nurture.farm

Startups are not just bringing innovations to the marketplace with products and services that are out of the box but also playing a major role as job creators. - Neha Lidder, Platoon Advisory and Kombat Wellness

With a population of nearly 1.3 billion, even niche market segments have high market and growth potential. - Arshia Pasricha, WLTH

There cannot be a better time to be a startup in India. There is a high regard for homegrown businesses, consumer sentiment is buoyant, and there is a strong sense of community amongst startups. - Apeksha Gupta, John Jacobs Eyewear

Some of the advantages of starting up in India would be: the opportunity to access one of the largest yet most value demanding markets in the world. - Ravi Kallayil, Plaeto

[Year in Review 2021] From unicorns to IPOs, top 10 Indian startup milestones this year

Until five years ago, technology and digital were thought of as a cool thing to do, but now it has become a demand where everything is tech and digital. - Aakrit Vaish, Haptik

India is an intrinsically entrepreneurial country, people have always innovated and solved business problems in a cost-effective way. The challenge/opportunity for us is to build world-class, scalable companies. - Roshan Farhan, Gobillion

India offers a large number of opportunities to build startups in areas that genuinely make lives better, and contribute to the socio-economic development of our people. These startups will create wealth for everyone. - Vinayak Bhavnani, CHALO

[2022 Outlook] From contactless menus to automation, 5 trends shaping the future of restaurant industry

The Startup Day each year will focus on India's amazing entrepreneurs and will also help us redouble our collective efforts to achieve even greater heights to help us build startups that tackle the greatest challenges. - Prashanth Prakash, Accel Partners

National Startup Day is a good way of not just recognizing our young entrepreneurs and stakeholders in the ecosystem but also reminding us that we need to continue this momentum and compete at a global level. - Narendra Pasuparthy, Nandu’s

Creating occasions like this will encourage and spur even more entrepreneurs waiting in the wings to take the plunge and start their companies. - Vinayak Bhavnani, Chalo

This has come even in the middle of a global crisis, and the way our startups have shown resilience and innovated to navigate through these difficult times is yet another example of our rising power. - Ravi Kallayil, Plaeto

[The declaration] will make it easier for future entrepreneurs to have the hard conversations with their families and get their support. - Sanket Shendure, Minko

It is a day for all entrepreneurs to platform together over their shared values. - Anshuman Narain, CashBean

After 14 years and over 1.2 lakh startup stories, what greater validation could we have as a community than January 16 being declared as 'National Startup Day'. - Shradha Sharma, YourStory

[The day] is a validation of the extremely important role Indian startups have played in solving problems of the country. - Harsh Pokharna, OkCredit

This motivation boost was much required ever since 2020. Pivot or perish was the mantra for 2020 when the world was badly affected due to COVID 19. - Arshhya Chabbra, Alive and Well

It would be highly beneficial to simplify the perception of how angel tax is being levied on startups. - Chaitanya Ramalingegowda, Wakefit.co

Early-stage startups should be exempted from paying GST under the reverse-charge mechanism. - Deb Mukherjee, Ceres Foods

Make exits easier in domestic M&A: share swap of a startup by another shouldn't be taxed again until they are liquidated. - Vinayak Bhavnani, CHALO

A certain degree of tax breaks will serve as incentivising the growth of more angel investors. - Gaurav Manchanda, The Organic World

FDI inflow and compliances need to be simplified and made efficient. Same is the case with subsidiaries funding outside of India. - Mabel Chacko, Open Financial Technologies

Shorten approval processes and weed out redundancies in compliances in the banking system for receiving and sending funds overseas. - Anup Jain, Orios Ventures

Corporate tax should be lowered for those startups who have a turnover of less than 100 million so that they can sustain themselves for a longer time. - Zafar Imam, FinShell

Create a sovereign fund to invest in promising hard tech startups that can aid in nation building - wealth will be generated and retained in India. - Sanket Shendure, Minko

While the policymakers should keep the larger fiscal interest paramount, other countries have shown how to balance emerging business requirements with quick turnaround on regulatory changes. - Anshuman Narain, CashBean

Startups having a defined threshold of turnover should be given the option to file only One annual return for all compliances. - Mangesh Panditrao, Shoptimize

With the largest working population India has ever seen and the outburst of the internet as a service, the Indian youth is today equipped to solve problems that previously did not have a voice or a face. - Dhruv Sawhney, nurture.farm

In some industry cases, the size of India's market is larger than the population of certain Western countries. What is more interesting is the fact that the youth of India is driving this incredible growth. - Narendra Pasuparthy, Nandu’s

This will motivate young and ambitious individuals to make bold bets on the future, take calculated risks and find others to partner with as they build their businesses. - Arjun Nair, Great Learning

This will encourage more startups to emerge in tier 2 and tier 3 towns and will play a key role in increasing our country’s GDP. - Mabel Chacko, Open Financial Technologies

Entrepreneurs from smaller towns are solving some of the most immediate issues and challenges being faced by us. - PC Musthafa, ID Fresh

If we have to become a truly innovation-driven economy, startups should get funding for early-stage R&D just as it is done in the US with the National Science Foundation, a Govt funded organization that is independently run to propel innovation. - Ravi Kallayil, Plaeto

A more acute focus should be placed on subjects such as coding among graduates across all streams. - Anshuk K Aggarwal, AdYogi

Today India is rapidly moving towards hitting the century of the unicorns. I believe the golden era of India's startups is starting now. - PM Modi

The startup policies in over 26 states have made it less cumbersome for individuals to bring their ideas to life. - Harsh Pokharna, OKCredit

Startups riding on technology are beyond barriers – age, gender, creed, race, geography, et al. They are the greatest equalisers of all time. - Kapil Gaba, OneValley

We still have so many untapped ideas and talent resulting in losing out on economic growth and job creation. - Prashanth Pitti, EaseMyTrip

Purpose + Skill is what will change this country – starting up might be just one of the ways. - Aanan Khurma, Wellversed

The gaining government recognition for startups on India by launching different schemes and easing regulations has only made the future of startups in the country stronger. - Vineeta Singh, SUGAR Cosmetics

A clear long-term startup roadmap would be the need of the hour. - Harsh Pokharna, OkCredit