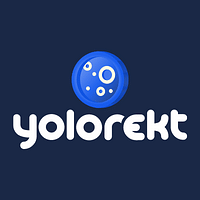 How YOLOREKT is changing the way people bid on cryptocurrencies, stocks, and other financial assets 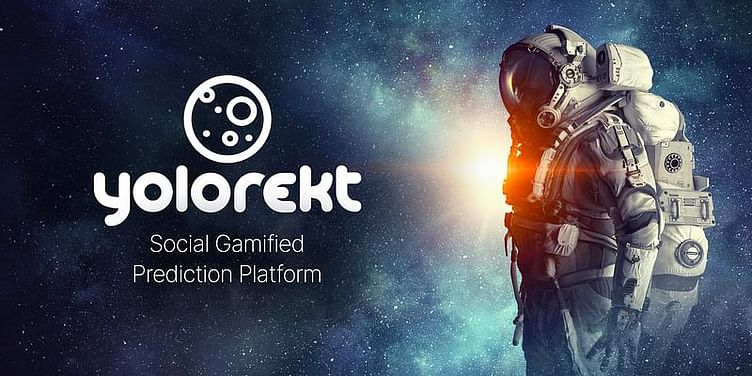 The gamified cryptocurrency price prediction and leveraged trading market platform gives an outcome in only three minutes, with a range of game lengths, styles, and categories on the horizon.

Bidding on prices of cryptocurrencies is not only volatile and risky but also time-consuming at times. With an aim to be a significant platform in this market where traders – even amateur, aspiring traders – bid on cryptocurrencies as well as stocks, commodities, forex and other financial assets, Yogesh Srihari, Garen Vartanian and William Bentley De Vogelaere launched ﻿YOLOrekt﻿ in 2019.

Headquartered in Los Angeles, USA, the platform’s name is derived from two words used extensively on the famous subreddit called r/wallstreetbets – YOLO and Rekt. According to the founders, YOLOREKT is a first-of-its-kind platform that enables users to bid and get results in minutes, making it not only an easy-to-use channel for price prediction but also one that provides instant gratification, unlike other players in this sector.

First in the game

Fascinated by short-term trading options offered by Nadex and considering the increasingly short attention span of younger generations, Yogesh came up with the idea of a bidding platform that provides instant gratification.

With the addition of gamification to the short-time price prediction model, YOLOREKT creates more excitement and engagement among its users. They aim to replicate the Wall Street-like excitement in the online/blockchain bidding sphere. “Nobody has ever tried to add gamification to the price prediction model. In fact, the short-term nature of the game and volatile nature of cryptocurrency prices adds excitement and fun to the gamified price action,” said Yogesh.

As a result, the platform has already achieved liquidity of over 25 million in the initial two months of trading and is closely inching towards over 15 million bids. The platform is also regarded as the “Hottest and Fastest growing Dapp” by analytics site DappRadar.

Simply put, YOLOREKT is a decentralized short-term, gamified price prediction market platform where users can regularly spend time without keeping their bids open for days, in the fear or risk of getting liquidated from open positions. YOLOREKT’s user interface makes it easier for new users to get on board, play, and bid on the platform. The platform also offers a leveraged option for more adventurous traders.

Built on the platform – Polygon – YOLOREKT has an intuitive, hyper-gamified setup with Social-Fi elements. People can bid on YOLOREKT without any KYC. As this platform is built on blockchain technology, users – even amateurs – can bid on the platform using a decentralized wallet such as MetaMask, Trustwallet or Unstoppable Domains without disclosing their identity. Users can further convert their tokens earned on YOLOREKT into real money through exchanges like Coinbase and Binance.

The step-by-step onboarding process makes it easier for users - even newbies - to play and bid on the platform. Users simply need to Register or Sign In with their email address or connect using their Metamask / Trust wallet / Unstoppable Domains. USDC can be easily purchased with a Debit/Credit card or can be directly sent to their Dapp wallet through any DEX (Decentralized exchange) or CEX (Centralised exchange).

The platform allows users to predict the short-term fluctuations of various cryptocurrencies/stocks/commodities like Bitcoin (BTC), Ethereum (ETH) and Tesla (TSLA), among others. According to the company, users will be able to predict whether the final price of an asset will end up above or below a strike price by placing bids on the outcome.

“Since there are two sides of every three-minute game - ‘Bid up’ and ‘Bid down’, the winning ratios range anywhere between 1.5X to 3X. For instance, if someone bids $10, they can potentially win anywhere from $15 to $30, taking into consideration the cumulative bidding on both sides,” said Yogesh.

Is bidding on YOLOREKT safe?

Backed by investors like Pantera Capital, Lemniscap, Deep Ventures and Cluster Capital, YOLOREKT is working on a next-generation UX/UI for users who fall at the intersection of trading, prediction, options and gaming. Similar to NFT, YOLOREKT has YOLO XFT that updates user bidding data as a function of their bidding volume. The company complies with regulatory norms and currently operates in only those countries where cryptocurrencies are allowed.

Additionally, the company collects user feedback before adding every interacting and engaging element. Moreover, to curb crypto fraud, the company ensures its security is audited for compliance and privacy by Quillhash. YOLOREKT also has an ongoing Bug Bounty program in partnership with Immunify.

Binary outcome variants, multi-strike price, and multi-outcome games would later be added to the game suite, informed Yogesh. In addition to the 3-minute games, YOLOREKT plans to add 24-hour games in the upcoming weeks. “We plan to incrementally add markets in crypto, stocks, and forex. In addition to expanding on the set of assets, we also plan to launch short-term, in-game sports markets,” he added. Another exciting soon-to-come addition is leveraged trading markets similar to perpetual futures.

Considering YOLOREKT is a decentralized product, the founders of YOLOREKT believe the company will be an enabler for the global adoption of blockchain Dapps.