I have always shared my husband’s dream and will always support him in every way to realise it, says Yogita Bhalla, spouse of Avishkaar’s Founder Tarun Bhalla 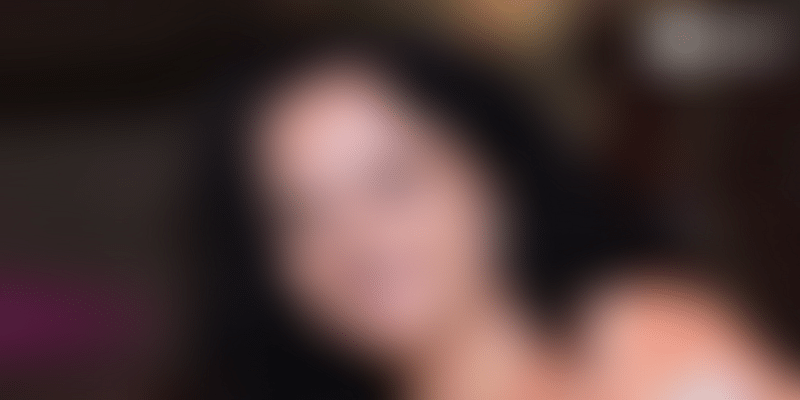 In our new four-part series, we focus on the spouses of entrepreneurs and their contribution to the building of startups. Today, we shine the spotlight on Yogita Bhalla, spouse of Avishkaar's Founder Tarun Bhalla

It's always the venture and the entrepreneur who are in focus when we talk of a startup. The contribution of the spouse and children must also be highlighted and celebrated.

Today, we shine the spotlight on Yogita Bhalla, spouse of Tarun Bhalla, Founder and CEO, Avishkaar, and her role in building the company.

Yogita shares an interesting reflection as we talk about Avishkaar’s journey and how their elder daughter Nandini, who is now 10, became a part of the venture early on.

“We had Nandini model for Avishkaar’s earliest Robotic kit, more than six years back. She enjoyed being an apple of everyone’s eyes. Today, she believes that her father’s organisation is a leader in India, and soon will be a leader in the world. A huge onus on us to make it happen!”

An edtech company, Avishkaar manufactures and sells robotics kits. A pioneer in introducing STEM and Robotics in India, Avishkaar is one of the foremost players to set up Atal Tinkering Labs (ATL) in the country. Yogita leads the UI and Design at Avishkaar, and has a Master’s in Computer Science from Virginia Tech, Virginia, USA. She has worked with reputed software design organisations like Cadence Design Systems, Microsoft, and Adobe Systems in the past. She is also the founder of an online test preparation venture called Simplylearnt.

What makes an entrepreneur take the plunge? In a few cases like that of Avishkaar, it can easily be traced back to as early as childhood. The entrepreneurial background of the family, an open and conducive environment at home, an encouraging and no pressure attitude of parents – all play an essential role in triggering the spark. Add to it, meeting a supportive partner in this journey makes the conviction to create something stronger.

Almost two decades back, protesting outside the Delhi University VC’s office against reversal of four-year curriculum had brought the couple together. While Tarun was at the forefront of the overall protest, Yogita was representing her college. Since then, the couple has braved many a storm as well as achieved several milestones together.

How and where did the journey begin?

“Tarun is a maker at heart and a staunch believer in possibilities. The desire was always there, I would say. Right from the day we met, I know that he wanted to create something of his own. His upbringing as well as the family background have gone a long way in kindling entrepreneurial spirit in him. So even after studying in the US and working there, the urge to come back to India and start his venture was quite powerful. Both of us were passionate about bringing technology and education together. With robotics, it was like having a physical product in hand, which gave him that adrenaline rush, a kind of real deal. That's how we incorporated Avishkaar in 2009 with a home office in West Delhi. Seven years in 2016, we moved it to a professional setup followed by an investment round in 2017. And things have been upwards and onwards from there,” says Yogita.

I ask her about the decision of having two startups - SimplyLearnt and Avishkaar and running them simultaneously as a couple for considerable time.

She says, “Both of us were passionate to do something in the field of education. We tried out various ways we could build a business in that domain. The first stint was after school classes based on hands-on science learning. Next attempt was on online test preparation or e-learning, SimplyLearnt. When the idea of Avishkaar and robotics germinated, we took a conscious call as a couple.  Tarun would focus aggressively on Avishkaar, and I shall work on SimplyLearnt along with concentrating on bringing up our elder daughter, Nandini. At that time, I took over SimplyLearnt completely to build that as a separate business entity.

For almost eight years, I supported Avishkaar from outside. Whether it was with my technical expertise, with finances or filling up any requirement as was needed by the business. However, after we welcomed Ananya, our second daughter, it got challenging to sustain SimplyLearnt. The team also dispersed in pursuit of better opportunities. Then I joined Avishkaar in a full-time role other than just being a director of the company.

There were times of zero savings and no salary on this journey. We always tried to live them through with minimalist lifestyle. We ensured that there weren't any compromises to decisions related to our children. I think, as learning, I would say that it is better to prioritise and focus on one business at a time.”

What was the reaction of the family, especially with two entrepreneurs at home?

“My husband's family is already entrepreneurial, and they understand the challenges that are part of the journey. They supported us in every way - financially, emotionally, and even help us raise our kids - a debt we can never pay off. The course of the startup from a one-room office to big office space was long and arduous.  They had their doubts and questions on whether we are on the brink of disaster or whether we will manage to earn some money. I must acknowledge that sailing through some of the tough times wouldn't have been possible without the rock support of my in-laws.

How is it working with the spouse full time?

It's a lot of fun. But can get stressful at the same time. The good part is that I hardly need to explain the demands of my role and work to our parents or Tarun, as this is our venture. Also, to ensure that it remains fun, we consciously decided that I shall not report to Tarun directly to avoid stress.

With a business in an expansion mode, it can be difficult unless a conscious effort is made to find out the time, how does the couple manage "we" time or the lack of it?

“A business does take a lot of your time; there are days when we hardly get to talk to each other being busy with the venture, children, and chores. Luckily, Tarun always finds peace at home with the children and his parents. It may be becoming more and more difficult, but one of the days of the week we indulge in some binge-watching and midnight snacking together, which helps."

What is one thing that she feels strongly about this journey as she reflects on the time gone by?

“This journey has been one of faith. In our society, where steady income is a benchmark of success, living with uncertainty demands a strong belief in oneself. We have had our moments of disappointment and a long period of struggle,  but we always believed in Tarun’s audacity and conviction. Also, our comfort with minimalism helped us along the way. Being an entrepreneur myself made me understand the risks and nuances of the journey in a better way.  While I have ensured complete support at home, I believe together, we have empowered each other to grow as an individual.

Above all, as I reflect, if it were not for our family, especially Tarun’s parents, our faith may have shaken early on. So we owe a lot of what we have achieved to their support and trust in us."

Problems come and go but the journey of creating something of your own and helping your spouse ...

Life may have lost its predictability, but there is a lot of excitement - Shalini Gupta, spouse...

Women power in advertising: 5 campaigns that touched our hearts