How this IIT-Bombay alumna’s SaaS startup raised $44M last month, and has been doubling its revenue in the last 3 years 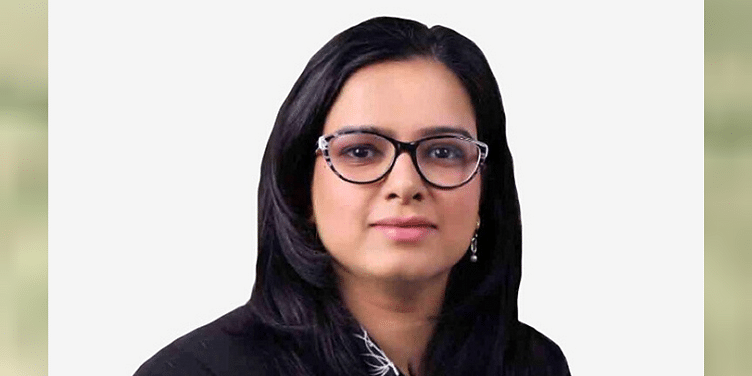 Keen on solving a host of real-world problems, entrepreneur Kanti Prabha has been building Software as a Service (SaaS) products for the past 15 years. The 39-year-old had previously helped build tech startups, Evalueserve and UnitedLex.

The IIT-Bombay graduate is leveraging artificial intelligence (AI) and machine learning (ML) to build enterprise contract management (CLM) through ﻿SirionLabs﻿, a Seattle, US-based startup she co-founded, along with Ajay Agrawal, Claude Marais, and Aditya Gupta in 2012.

As CCO of Eros Group, Ridhima Lulla is driving originals amid a 70-100 pc surge in viewership

At a time when most startups and SMEs are adapting and trying to stay afloat in the post-COVID-19 ecosystem, SirionLabs raised $44 million as part of its Series C funding, led by Tiger Global and Avatar Growth Capital, last month.

“Our solution was built for times like this when trust, certainty, and accountability have become more relevant than ever in business relationships. We allow customers and suppliers to have greater control and governance, while improving efficiencies,” Kanti tells HerStory.

She adds that the startup has gained more traction with increased focus on keeping supply chains up and running with an emphasis on efficient execution and management of enterprise engagements.

How does SirionLabs help?

Businesses are tied together by numerous contracts that lay down rules including the terms and conditions of a commercial engagement.

The average Global 1000 corporation maintains over 40,000 active contracts, according to the International Association for Contract and Commercial Management.

“The emergence of services-based engagements in the last two decades makes this a challenge of acute proportions. Services’ contracts are more complex as compared to goods and commodities because of the intangible nature of value, complex delivery frameworks, variable pricing structures, evolving contract terms, longer tenures, etc. They need to be closely monitored throughout the lifecycle, especially post-signature, to ensure the full value is realised,” she says.

This is where SirionLabs simplifies the process. Its AI-powered enterprise contract management system helps manage a complete contracting lifecycle on a single, easy-to-use platform. From creating new contracts with smart authoring to monitoring deliverables and outcomes embedded in the contract, the startup claims to function as “central nervous system for both buyers and suppliers in enterprise engagements”.

Operating on a subscription-based model, Kanti states that price is determined by number of users accessing the solution in a client company. Despite being an industry-agnostic platform, it gains strong traction in industries like banking, financial services, and insurance (BFSI), IT, telecom, transportation, CPG and retail, pharma and healthcare, and manufacturing. Some of its notable clients are Vodafone, Unilever, BP, Credit Suisse, Fujitsu, and EY.

With a research and development hub in Gurugram, the SaaS startup has managed over 3.5 million contracts worth $300 billion in more than 100 countries.

“Further, businesses save up to 12 percent of the annual contract value through invoice reductions in strategic supplier engagements and improve revenue by two to five percent by plugging revenue leakage in enterprise accounts,” the entrepreneur shares.

The name Sirion, Kanti says, is inspired by JRR Tolkien's fictional world where the great river of Sirion flows through the central continent on earth.

In the last eight years of operations, the startup has successfully raised a total capital of $66 million. Besides the recent fundraise last month, SirionLabs raised $5 million in 2014 as part of its Series A round from Sequoia India.

In July 2016, the VC firm further led the Series B round by infusing $12.25 million, with participation from QualGro Asean Fund and Canopy Ventures.

In the past three years, the startup’s revenue has doubled Y-O-Y and its customer base has increased by 4x in the last 18 months.

Further, it claims to reduce the cost of governance in contract deals by 60 percent for the clients.

Giving back to the ecosystem

Kanti says there is a pronounced gender gap in Science, Technology, Engineering, and Mathematics (STEM) field.

“We are not just talking numbers. An increase in the numerical representation of women has to be complemented with the possibility of influencing executive decision-making as well. There has to be progress in bringing women into leadership and decision-making positions which currently is too slow.”

She suggests investing in initiatives and policies to provide more opportunities for women. “Organisations must also build an inclusive cultural infrastructure to encourage women and communicate how their work benefits the business,” she adds.

Incubated with women-centric accelerator The Rebalance, its aim is to help budding entrepreneurs navigate through the diverse challenges of building and scaling a startup.

Emphasising the need for role models, Kanti who is also a mother of two, says, “I look up to Indra Nooyi. It’s inspiring to see how she balances motherhood and an extremely demanding work life. Since I also wear many hats - as a mother and as COO in a growing company, she has taught me that with courage and a little bit of planning one can manage even the toughest of situations.”

12 inspirational quotes from literature that capture a mother's love

Meet the 5 Youtubers who entertained us through the pandemic