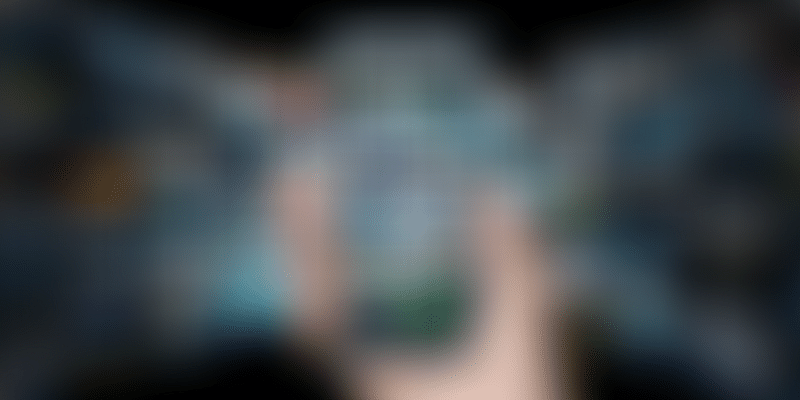 One year after the nationwide lockdown was announced, YourStory traces the journey of the unprecedented growth witnessed by India's OTT industry.

Like most industries, the COVID-19 pandemic was game-changing for the media and entertainment industry. If the last decade was about PVRs and INOXs, 2020 turned to be the year of OTT entertainment, with cineplexes and movie theatres being shut down for most parts of the year.

Stuck inside their houses, people across the globe turned to digital screens to seek entertainment.

OTT video streaming platforms including the likes of Netflix, Amazon Prime Video, Disney+ Hotstar, Voot, and SonyLIV, among others, gained immense popularity in India. NASSCOM stated that OTT viewership in India is at an all-time high now.

It added, “While OTT platforms were making a mark for themselves in the Indian market, COVID-19 crisis accelerated the process. From just two OTT platform providers in 2012 to about 40 players now, the OTT revolution has come a long way.”

Globally, Netflix, which struggled to add new users in the US for nearly two years, recorded a growth of 47 percent in subscriptions in the first few months of the pandemic. The American OTT platform’s stock gained about 33 percent, reaching a two-year high in April last year, with the platform seeing a spike in new subscriptions.

At present, India is the world’s fastest-growing OTT market. According to BCG, it is estimated to be worth $5 billion by 2023. But what exactly accelerated this growth last year?

While the likes of Netflix, Disney+ Hotstar, and Amazon Prime Video continue to rule the OTT space, since the last 12 to 15 months, there has been an explosion of video-streaming platforms. At the last count, there were more than 40 video streaming services.

Lionsgate, which is the Hollywood studio behind films like La La Land, Hunger Games, and The Twilight Saga, also launched its OTT service in India in December 2020. The platform offers Hollywood movies, English TV shows, and web series, including 120 Oscar-nominated and 187 Emmy-nominated titles.

Additionally, Samsung also announced that it has been preparing to launch its video streaming service TV Plus this year.

"Throughout the pandemic, we have seen how consumers spend time at home and how much they value access to great media content. We have seen TVs become the centre of entertainment — from being a source of news to a streaming on-demand partner,” said Seline Sangsook Han, Senior VP, Visual Display Business, Samsung Electronics.

Before the pandemic, OTT lived under the shadow of cineplexes and movie theatres, with only a handful of films made exclusively for OTT. Most films were made for the theatres and only released on OTT later. However, the widespread closure of movie theatres and cineplexes led top film studios towards video-streaming platforms to offload their unreleased titles.

YourStory also reported while Netflix received over 100 film pitches within the first few weeks of the nationwide lockdown, Hollywood media reports suggested Amazon Prime Video received about half of that.

“During the pandemic, a lot of films went to OTT platforms because we were shut. If one avenue of revenue is shut, then we have no other option but to explore the other avenues. That being said and done, we are now open and running and yes, they will coexist the way we coexisted prior to the pandemic...That is the kind of normalcy we will need to return to, and I feel both OTT and cinemas will have their own audience,” said Sanjeev Kumar Bijli, Joint MD of PVR Ltd.

Netflix, Disney+ Hotstar, and ZEE5 followed suit. More than 25 Bollywood films have premiered digitally since then.

Films like Sushant Singh Rajput and Sanjana Sanghi’s Dil Bechara, Soorarai Pottru, Ludo, Raat Akeli Hai, and Chintu Ka Birthday, among others, were first released on OTT platforms. Series including the likes of Scam 1992, Panchayat, Bandish Bandits, Special OPS, Aarya, and Asur made noise in the OTT space as well.

At TechSparks 2020, Gaurav Gandhi Director and Country General Manager of Amazon Prime Video India revealed direct-to-digital releases like Gulabo Sitabo and Shakuntala Devi were watched across 4,000 cities and towns in India within the first week of going live.

However, industry experts believe that this digital-first trend is not a COVID-19 fad and will outlive the pandemic, despite movie theatres opening up for the audiences.

Aparna Acharekar, Programming Head of ZEE5 India said, “The winds have shifted and the numbers reflect the immense potential and reach of this segment...Economically too, digital rights are something production houses can benefit from and for platforms, these convert into new subscribers and streaming hours.”

Only a month after India went into a nationwide lockdown, YouTube saw a 20.5 percent surge in subscribers in India itself. Interestingly, over 90 percent of video views came through mobile devices, indicating behavioural shifts in media consumption.

“There are some environmental reasons that drove the growth... India has mostly single-TV homes. So, the mobile phone is really the TV in the house,” Gaurav said.

It is estimated that about 325 million Indians today stream online video — either ad-supported or paid. According to Broadband Indian Forum, over 65 percent of OTT consumption during the lockdown was recorded in rural India. Gaurav added, “To say OTT isn’t mainstream is incorrect. It is really, really deep. It is not a metro thing.”

With increasing consumption of OTT across geographies, the Ministry of Information and Broadcasting sought to bring platforms Netflix, Amazon Prime Video, Disney+ Hotstar, and other services offering "audiovisual programmes", as well as online news portals and sites offering "current affairs" content under its purview in November last year.

A year of firsts

Not just within the country but the Indian OTT industry shone bright in international waters as well. The crowning achievement came in November last year when Netflix India original Delhi Crime won the International Emmy for Best Drama Series. Gaurav said that one in five viewers of Amazon Prime Video’s Indian original content is international, with direct-to-digital films released being watched across 180 countries.

Not just that, Netflix India original The White Tiger, starring Adarsh Gaurav, Priyanka Chopra Jonas, and Rajkumar Rao has been nominated in the Best Adapted Screenplay category for the upcoming Academy Awards, or Oscars.

What makes OTT the hot cake it is today? And how do creators assess this space?

Anand Tiwari, who has worked in the OTT space, both as an actor and director, told YourStory recently, “The OTT platform is very liberating. However, I have no qualms about making content for cinema, digital platforms, or theatre. At the end of the day, we are all here to tell stories.”