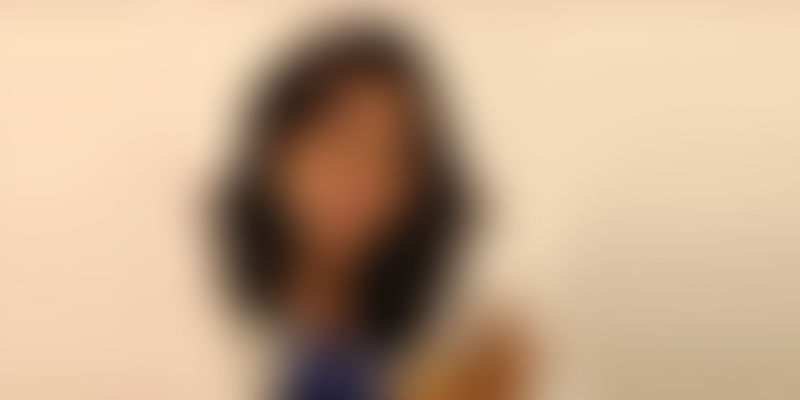 As Senior Program Manager at Microsoft, Nitu Narula is part of the go-to-market team for the new productivity product, Kaizala.

As Senior Program Manager at Microsoft, Nitu Narula has been instrumental in the development and adoption of the company’s latest product Kaizala, a communications and work management app and service. The product has been developed with a customer feedback loop, and Nitu played a key role in bringing in relevant feedback to shape the product.

She has also worked with Andhra Pradesh Chief Minister Chandrababu Naidu to create a channel for him to connect with his citizens on Kaizala. In the last few months, Nitu has driven the creation of a healthy partner ecosystem for Kaizala to support the high demand from enterprise customers.

In an interview with YourStory, Nitu speaks about her journey in Microsoft, women in tech, and the challenges they face.

YourStory: Can you tell us about your journey in Microsoft so far? How have you made an impact?

Nitu Narula: I started with Microsoft about 12 years back in Redmond in the Microsoft Office division. I was part of the team that got the opportunity to impact billions of Office and Windows customers.

I also got a chance to create education software for rural societies. While these opportunities honed my software skills, I also started the Hyderabad chapter of Goonj, with our first-ever collection centre in Microsoft – something that I feel as the biggest achievement of my life so far. I participated and organised various Giving Campaigns and realised that I am not just working with the best in class engineers, but also with the best in “class human beings.”

YS: Do you think women in technology in India are a rare breed?

NN: No, not at all. In India, I see women as equal players. In fact, I see women utilising their technical skills, not just to earn an income, but also to leverage their skills in technology to create a larger impact. In Microsoft itself, women have created a Citizen Next app that helps reports incidents/issues to the Greater Hyderabad Municipal Corporation/Municipality. Another app, Guardian, helps with women’s security when they are travelling alone.

YS: What more can be done to attract women to careers in technology?

NN: Talking to and counselling girls in schools will be a good first step. Especially, showcasing the flexibility that comes with technology jobs is a boon for women even as they become mothers and have more responsibilities. The option to work from home, flexible working hours, doing part-time work, working in a secure environment are great benefits for the women workforce. Speaking about these and the huge impact that technology can make in society can definitely help attract more women. Also, we should talk about some role models.

YS: How can women better their lives with the help of technology?

NN: There are many jobs that require a lot of physical power, odd locations and working hours, and hence it becomes difficult for women to take them up. Technology has made those jobs accessible for women. Working remotely has made it easier to surpass the late night or odd location barriers.

When we talk about technology’s role in improving the lives of women, I especially want to talk about it in the context of women in developing or under-developed countries where it’s only because of technology that they are now able to do not just their household chores but are also able to contribute to their households.

Whether it is the automatic washing machine that saves hours, mixers/grinders or other such appliances – technology gives women more time to achieve more.

YS: Do you think women face sexism as part of tech teams?

NN: I don’t think there is anything particular about sexism in tech teams. If anything, I find this prevalent across industries.

YS: Have you faced the glass ceiling?

NN: No. I don’t see any glass ceiling for women in progressive technology companies like Microsoft. The ceiling exists mostly because of priorities that we have chosen for ourselves.

YS: What are the challenges that women in technology face, and how can they overcome them?

NN: Women sometimes adapt to the male-dominated tech industry by aligning with the way men work – which sometimes does not bring up their innate qualities, and hence the value of diversity in the workplace is lost. Having a critical mass of women in leadership roles can help women empathise - for bringing a good customer obsession or having a great team that gels well, or bringing their intuitive abilities to take quick calls to work in favour of the product or the business.

YS: Can you share any interesting anecdotes as part of your career?

NN: One of the most interesting and gratifying experiences at work for me was my involvement with the Andhra Pradesh government and Chief Minister Chandrababu Naidu for Kaizala adoption. If I had tried to remain in my “woman” shoes, I would have never picked up this project. But I really wanted to see the impact technology can bring for people if adopted by governments properly.

I led the team that worked with the Chief Minister to create a channel for him to connect with his citizens on Microsoft’s Kaizala platform. While Kaizala enables citizens to provide inputs and feedback to the CM through their mobiles, it is hugely beneficial to him because he can gauge the “happiness index” of his citizens at the district and mandal level, as well as enable him to receive continuous feedback and suggestions from the public and in turn share updates on developments.

We launched this channel on April 13, 2017. We had created some dummy reports early that week to show the CM how the data would look like.

Just half-an-hour before the media event, the IT Secretary and I looked up the Kaizala Management Portal to see if anyone had shared feedback. We saw that more than

1500 people had already shared their problems on the channel. I got goose bumps seeing the impact of our work. A villager in a remote Andhra village had problems with land papers, and the CM was reading his complaint in front of us and action was being initiated in real time. It was beautiful to see the bar graphs of each district on “people’s happiness” and the CM reviewing the “red” ones and finding accountable people. All in all, it was an amazing experience to bring technology to bridge gaps.