Elections 2019: India's youth is talking; will the political class listen? 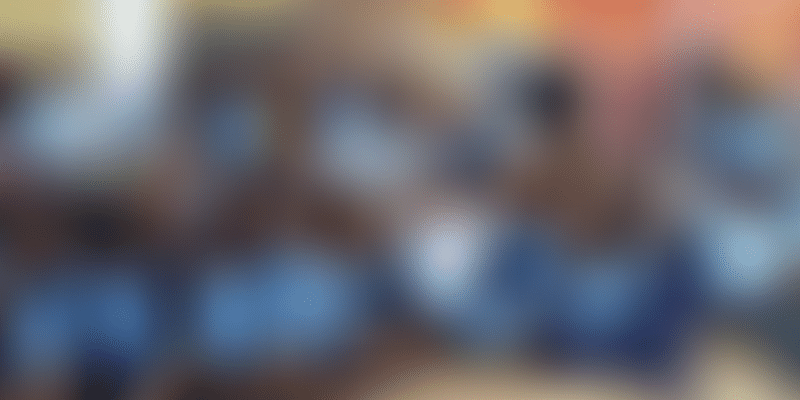 India's first-time voters are informed. They know what the political parties are promising and have gone through the manifestos. But these digital natives have a unique set of demands. YourStory speaks to some Gen Z voters to know more.

What do the young want?

Perhaps, no other set of people are as obsessed at finding the right answer to this billion dollar question as the marketers. After all, the young are its most important constituency.

However, there’s more to a nation than just the products its young buy. A nation is judged by how well its political system can address the aspirations of its youth. And in this ongoing 2019 Lok Sabha Election, it will be interesting to see if the political class has its finger on the pulse of the nation’s youth.

With the average age of the MPs in the present Lok Sabha at 56 years, this question is as good as the billion dollar one.

India is a young nation. Two-thirds of the country’s population is under 35 years of age. It is a demographic that is ripe for the picking. An asset like no other. Whether it is the internet-hooked urban youth or the daughters and sons of the soil, the young in India are mostly politically aware.

“I went through the recent history of the parties involved and made sure to read their manifestos so that I make an informed choice,” says Sasha Ranganath. The humanities student, who said they had voted this time around, is not only informed about the parties and the local candidate but also aware of what’s happening in their constituency.

“Ultimately, it's our present and future that will be impacted by the representative chosen. And we need to understand at least on a basic level what our representative stands for, and whether they will keep their word or not,” Sasha adds.

According to the findings from a recent survey by Inshort, more than eight in 10 youth thought that voting needs to be made compulsory, while almost three-quarters of young voters cast their vote only after extensive research about the electoral candidate in their constituency.

Incidentally, this year, the voter turnout is also set to touch a record high. With the first four phases already concluded, all eyes are on the remaining three phases. Even if there’s a marginal increase now, as per an SBI report, India will witness one of the highest voter turnout since Independence.

How to get the youth to vote

Twenty-five-year-old Raghu is just about catching up on his sleep now. In the past few months leading up to the elections in Karnataka, he and his teammates at the Bangalore Political Action Committee (B.PAC), a non-partisan citizen’s group that aims to improve governance in Bengaluru, have been mobilising first-time voters and college students to vote.

“We’ve been conducting voter registration drives at the college level. We went from class to class across colleges in the city to conduct awareness programmes on the importance of voting,” says Raghu.

In fact, pan India, more than 15 million first-time voters aged between 18 and 19 were added to the nearly 900 million electorate this General Election. Will this group change the political climate? Will they be able to bring the change they want to see?

This new, young breed of voters want their leader to do more than public interviews. “The main quality I wish the next leader has is accountability,” says 19-year-old Amrit Balakrishnan.

A third-year triple major student in Psychology, Sociology, and English, Amrit couldn’t cast his vote this year as his voter's ID wasn't issued on time even after applying three months prior to the commencement of the elections. He would have been a first-time voter this year. Ask him what he thinks could solve this issue, and he promptly replies, “Online voting could partially solve this problem.”

Amrit is not alone. Thousands of first-time voters were unable to get their fingers inked (which incidentally is a matter of pride for many) because they were either studying or working away from home. There were suggestions that the Election Commission should plan for separate polling booths in colleges to solve this issue.

In times of technological prowess and startups, when there’s an app for every pain point, one can only hope that there was some way to mitigate this issue.

“I wish there was an opportunity to vote in the city you live in simply by showing your Voter ID at a polling station and vote accordingly for your constituency online at a booth,” says Hyacinth Mascarenhas, a Communications Specialist. Sasha adds, “There should be some sort of absentee ballot facility available for those out of state to vote.”

The number of different solutions to solve this issue only goes to show the youth today are not politically indifferent.

Demands of the digital native

For 27-year-old Soham Ghosh, who owns and operates an investment company, a people-first government is the solution to most of India’s concerns. He says the focus needs to be on

Internet safety and cyber security are two other top concerns for the urban youth, at least.

Nevertheless, education or rather the need to make it aligned to the employment realities of today is an issue close to most young people. Thirty-one-year-old Anil Shetty, an entrepreneur and angel investor in Bengaluru, has been consistently working at the grassroots to bring about change.

The son of a farmer from a village in Udupi in Karnataka, Anil studied in government schools and later come to Bengaluru to pursue higher education. He is running a campaign, ‘save government schools’, and has roped in many people to support the cause.

“I come from a rural background. I believe we are more politically aware than urban dwellers. Unfortunately, we don’t have enough resources to pursue politics. My focus is to make sure that in the near future, elections must be fought on the education manifesto. As long as education does not become an election issue, change will never happen,” he says.

He adds that young India wants quality education, access to quality jobs, good public infrastructure, and individual liberty. “We certainly don’t want our politicians to come to our dressing room, kitchens, bedrooms, and prayer rooms. I mean to say we want to decide what we want to wear, what we want to eat, who we want to love, and who we want to worship.”

Anil has also floated a political party called Nav Bharat Democratic Party and hopes to contest the Assembly elections in 2023. “By then, I will have 10 years of my work behind me. I started working for people’s welfare since 2013,” he adds.

Joining hands with Anil is 26-year-old South Indian actress Pranitha Subhash. She has been spending a lot of her spare time across the state to work towards saving government schools.

She too is keen to join politics but hopes to wait it out for seven to eight years before taking the plunge. The fact that Pranitha is also the state icon of the Karnataka Election Commission shows that her heart is in the right place.

Something that can be said for the rest of the youth as well.

(With inputs from Dipti Nair; Video by Shlok and Aishik)

Also Read: What young India wants from its next Prime Minister