Indians prefer to 'Swiggy it' more than ordering in on Zomato: KalaGato report 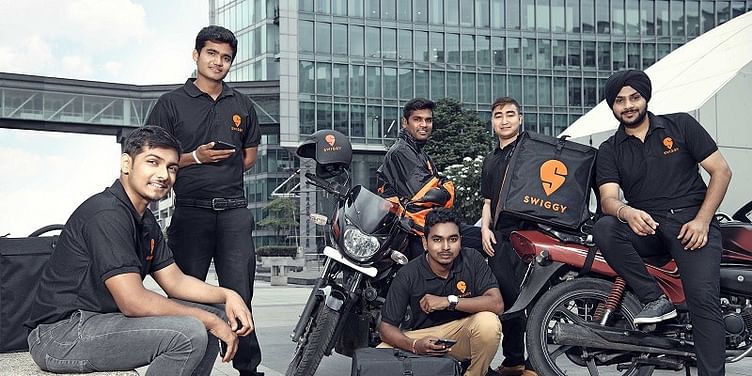 Foodtech unicorn Swiggy won the food delivery race last year, and was closely followed by FoodPanda, thanks to the Ola-backed platforms push on discounting. Rival Zomato got only 23.78 percent of the market share by transactional volume.

Data intelligence and management platform KalaGato has reported in its Food Industry Data that Swiggy is leading the Indian food delivery market.

According to the report, the Bengaluru-based startup scooped up almost half the market share by transactional volume. Their average market share for 2018 (January to November) stood at 36.40 percent.

The foodtech unicorn earlier this week announced the launch of its subscription-based homestyle meal app Daily. The application now also allows users to schedule their meals in advance and opt for daily, weekly, and monthly subscriptions.

Gurugram-based Zomato ranked third with only 23.78 percent of market share.

However, “Those who believe that Zomato has lost the battle to Swiggy, would do well to remember that Zomato operates in multiple countries and has built a different niche by focusing on Gold, which has found phenomenal success with diners,” Aman added.

Zomato delivery executives are queuing up outside this restaurant. Here’s why

Zomato crossed the 200-city milestone earlier this year. The foodtech unicorn reported earlier this week reported that it had added another 100 cities in less than two months, taking the count to 300.

The average order value from Zomato declined from Rs 375 in January 2018 to Rs 223 in November 2018. However, according to Zomato's recent filings by the company had a revenue of $68 million in 2018, while it touched $206 million this year.

“The big threat for traditional food chains is that they have handed over demand generation to third-party apps like Zomato, Swiggy, and Uber Eats who can build their own brands and cloud kitchens at the cost of brick-and-mortar players. Aggregators will have to balance their own priorities (profitability and private labels) with those of their restaurant partners; restaurants will have to continually invest in marketing and brand building to remain relevant,” Aman said.

This is how Swiggy, Zomato, and other food delivery apps are making a bang for their buck this ...