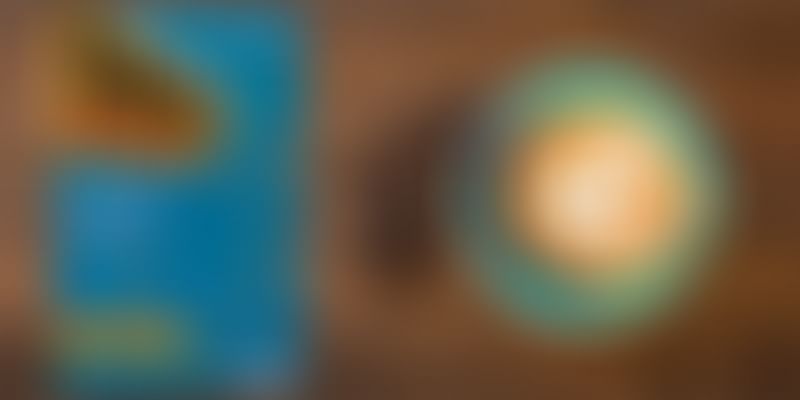 ‘Seeing Digital' is a must-read guide to understand the wide range of digital transformations sweeping our world.

This past decade has brought about an unprecedented wave of digital transformation, building on and accelerating earlier waves. David Moschella’s new book, Seeing Digital: A Visual Guide to the Industries, Organisations and Careers of the 2020s is a must-read guide to understand these changes.

The 200-page book provides a well-designed combination of trend analysis, checklists and worksheets for professionals to visualise and harness digital shifts. Here are my seven clusters of takeaways from the book; see also my reviews of the related titles The Platform Society, A Human's Guide to Machine Intelligence; Machine, Platform, Crowd; The AI Advantage; Human + Machine; Life 3.0; and The Four.

David Moschella is a Research Fellow at the Leading Edge Forum, the thought leadership arm of DXC Technology (formed by the merger of HPE and CSC). His earlier books are Waves of Power and Customer-Driven IT. Previously, he was head of worldwide research for market analysis firm IDC.

Empathy, learning, and stamina are key factors for future success, explains DXC CEO Mike Lawrie, in the foreword. Science, knowledge, and technology are being systematically brought to bear on a wider range of human activity than ever before.

Companies like Google, Amazon, and Microsoft are competing against the very industries to which they supply tech infrastructure. Tech leaders have a mindset of investing heavily in emerging domains, and are willing to sustain heavy losses for a lengthy period of time; this may come across as “unfair” for incumbents.

We are now living in the post-PC, post-smartphone, and post-cloud era. Embedded IoT technologies and AI are driving the new wave of change. Professionals now need to understand the importance of “double-deep learning,” or mastering tech skills in addition to their own domain knowledge.

The disruptive impact of early mainframes and PCs are relatively modest compared to what is happening now. But at the same time, they have yet to have as broad a social impact as earlier waves like electricity, automobiles and radio/TV, David observes.

The author prefers terms like “machine intelligence” (MI) over AI, and “matrix” to refer to horizontal cross-industry capabilities. The term “consumerisation of IT’” reflects the appearance of innovation first in consumer space and then shifting to enterprise networks.

Software may be eating the world, but data is now eating software, as shown by the rise of ML and its ability to build rules based on analysis of massive data sets. This is different from earlier top-down expert-systems approaches, David explains.

MI is used in four categories of activities: sense, interact, analyse and automate. “Expect bots for just about everything,” David predicts. Natural language processing (NLP) will enable a new generation of eyes- and hands-free applications.

But challenges arise in ensuring transparency and explainability of ML models, and their ability to react to unexpected circumstances and real-world complexity. MI will lead to some amount of job loss and shifts, and larger issues may arise from a sense of “diminished human worth” in a world of better machines.

He charts how tech markets evolve in a cycle of launch (early adopters), custom-built offerings (fast followers), product (mass market), and commodity/utility (late adopters). A good example of this cycle is the rise of AWS.

Each of these phases has implications for marketing strategy, community engagement, and cultural mindset, eg. envisioning/deploying, emerging/mature. The author classifies companies into four categories, based on their strengths in the market: thinkers, watchers, chancers, and players.

The path of disruption

Disruptive waves of innovation have unseated market leaders of previous waves: mainframes (IBM), minis (Digital), PCs (IBM), internet (Google), and mobile (Apple). The top few firms enjoy “winner-take-all” status, and most have been US firms. However, the P2P model may challenge some of their dominance.

The rise of the platform model and the power of customers as a means of production are significant drivers of co-creation. Tech firms have always operated in platform mode; this structure and mindset is coming to traditional businesses as well, David observes.

This has important implications at the levels of product, operations and customer interaction. Digital platforms offer real-time access, automation, personalisation, tracking, collaboration, and match-making. The human body itself is becoming a platform, thanks to wearables, implants, and AR/VR devices.

The leadership style has to change from one of control, authority, and directives to one of openness, influence, and facilitation. Open innovation calls for better sensing and engagement of the broader ecosystem, via open data, free agents, citizen scientists, and open APIs. New business models based on aggregation, sharing, games, and crowds will need to be explored.

Companies will need a mix of Chief Digital Officers, digital champions, digital transformation leaders, and digital marketing leaders. Digital leaders can emerge from the workforce areas if they are adequately recognised, rewarded, and inspired, David urges.

The entrepreneurial mindset needs to be encouraged, along with experimentation and willingness to learn from failure. A digital culture can be promoted through storytelling, rewards, peer support, nudges and coaching, the author recommends.

The IT department needs to function at multiple levels: provider, promoter, partner, and peer. This calls for proficiency in technical and architectural understanding, along with sensing of industry and ecosystem shifts. For example, marketing has shifted from low-tech mass media advertising to high-tech digital engagement; embedded product IT is becoming more widespread as well, David explains.

The transformed employee and ‘full human’

Though professional replacement has been modest so far, workforce augmentation (eg. cobots) will be on the rise. Professions like art, music, farming, and driving are less ripe for disruption as compared to law, translation, and accounting, David explains.

3D printing and robotics will affect trade by bringing back some factory work onshore. Blockchain-enabled shared ledgers can transform accounting. Disrupting education at scale may be a bigger challenge than originally thought, David cautions.

Traditional work-life boundaries are disappearing, and social media is blurring the professional-personal distinction as the “full human” or “whole you” is now on display. Digital enhancements are amplifying the “quantified self,” and many digital firms are pushing their business model based on “your data for our services.”

Professionals and citizens need to master their “digital reputation”, which involves being keenly aware of what they share and need to learn. Suspicion of untested technologies, fear of embarrassment, inertia, and introversion can be challenges in this regard, David acknowledges.

Ultimately, professional success in terms of a “social media mindstack” will be determined by the quality of contributions online, ability to influence and motivate others, and leadership in respective fields.

Digitizing your workforce – why, how and the benefits that follow

There will, of course, be a fair share of sceptics of the new wave of IT, but this has been part of every IT era, David observes. Societal attitudes have changed quickly as well, as seen in ecommerce and online dating.

“The future will never be predictable; risk will always be with us,” David cautions; there will always be a need to make risky bets to shape the future.

The book shares provocative analysis on what digital transformation means for societies and countries, ranging from jobs and IP to cybercrime and digital addiction. Modern infrastructure, educated citizenry, and support of startups are key success factors for the long run.

But along with global data flows, many countries are also implementing protectionist measures, censorship, and other controls. Other questions that arise are whether cyberwarfare will rival traditional military power.

The author charts how China has created its own counterparts to the Silicon Valley internet giants. It has succeeded in keeping US tech giants in check in its domestic market. Though a manufacturing powerhouse, it lags Japan and South Korea in creating global brands; there are also issues with respect to corruption and censorship.

While Japan was an IT leader in the 1980s and early 1990s, its companies were largely focused on mainframes and minis, such as Fujitsu, Hitachi, NEC and Toshiba. Many Japanese firms also failed to see the dominance of software, David observes, comparing the Sony Walkman to the iPod. But he foresees that Japan will lead in advanced robotics and automation, driven by the needs of an ageing population.

Knowledge of English and software skills are important for global services players, as India has shown. Unfortunately, India has been a laggard when it comes to embracing the next wave of wireless technologies. But David predicts it will be a key player in intelligent software, thanks to analytical and mathematical talent.

Countries like Singapore, Malaysia, and South Korea have been aggressive in government-led infrastructure projects. The US leads Europe and other parts of the world in the overall IT stack; Europe will lead in advanced services, and in setting privacy norms.

In sum, this is a compelling single-volume book on the wide range of digital transformations sweeping our world. It will benefit broad segments of readers: entrepreneurs, tech giants, business professionals, and policymakers, and is a good read for the end of the year – or the beginning of a new one.