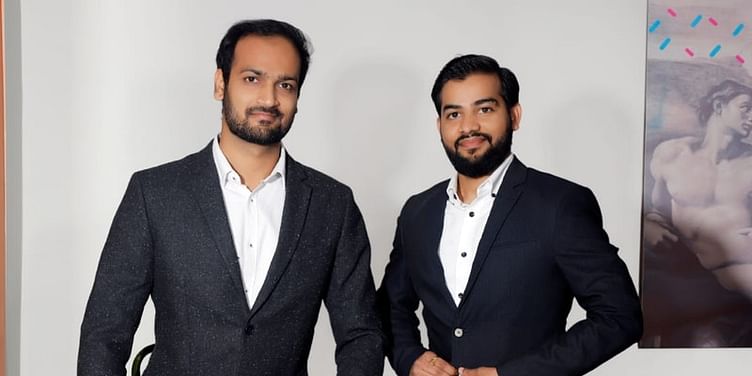 Founded by Neeraj Khandelwal and Sumit Gupta, Mumbai-based CoinDCX is an aggregator of cryptocurrency trading services.

In 2014, when Bitcoin was gaining traction, Sumit Gupta was introduced to the distributed ledger technology. This is when the idea of bringing together various decentralised marketplaces and cryptocurrencies, the medium of transaction in these marketplaces, stuck by him. He then contacted his friend Neeraj Khandelwal, and both collaborated to close the key market gaps between this new technology and consumers globally.

The duo realised that Blockchain traders, who have to keep up with thousands of crypto trades in seconds, did not have a single platform to trade from. This prompted the IIT-Bombay graduates to start ﻿CoinDCX﻿ in March 2018.

The Mumbai-based startup is an aggregator of cryptocurrency trading services. The platform helps users trade cryptos with high-security levels and verified information.

Sumit and Neeraj have known each other since 2007. The duo first met in Kota while preparing for their IIT entrance exams, and became good friends and worked their way into IIT-Bombay.

After college, Neeraj ventured into his family business to understand the nuances and challenges of being an entrepreneur. Post this, he joined hands with many start-ups to drive their technical architecture. Sumit joined an MNC in Tokyo, which he says, ‘helped him to understand the technicalities and culture within a corporation’.

Soon, Sumit was introduced to the distributed ledger technology, and he got together with Neeraj and discussed the idea. In 2018, after studying the market and the future of the crypto technology, they took their first step to building the DCX journey with a cryptocurrency exchange.

The co-founders say CoinDCX has now become one of the largest cryptocurrency exchanges by trading volume. Their first target is to touch the daily trading volume of $1 billion by March 2020.

“In case of a trading platform like CoinDCX, the key competitive advantage we wished to have was to develop an advanced trading terminal that outperforms any current offering available to traders on the market. In addition to challenges on liquidity (we initially faced), the other big challenge was to connect fragmented cryptocurrency capital markets within a single trading terminal,” says Sumit.

According to the founders, the company has developed a single-point access to trade all the cryptocurrency instruments available in more than 500 markets. It claims to have built a highly scalable trade machine engine, which can handle up to one million transactions per seconds. CoinDCX charges a transaction fee on every transaction or trade made on the platform.

“We have brought all the crypto-trading products under a single roof. The products are designed for all types of traders keeping their experience, risk tolerance, and frequency of trading in consideration,” says Sumit.

At 500 plus markets with DCXtrade, the trader can convert INR to Cryptos and vice versa on DCXInsta, earn by lending their holdings with DCXlend, and leverage trades using DCXmargin.

“Firmly establishing a crypto business was a notable challenge in India as the RBI ban came knocking our doors during the initial stages. We were focused only on developing a product, which allows traders to swiftly trade cryptos with required security and simplicity. We started by building a lite crypto exchange with high liquidity. CoinDCX hence became our first product. Liquidity and INR gateway were the biggest challenges cryptocurrency exchanges were facing in India, and we have proficiently dealt with them. It took us five months to build a complete platform, which is easily scalable and satisfies all the demands of the traders," says Sumit.

The entire platform is built from scratch by the CoinDCX team. The 50-member team has full-stack developers, blockchain developers, machine learning engineers, app developers, software engineers, and data scientists who give them the required proficiency of implementing any advanced logic or features in our business. The team, which is working on a plethora of products, believes it will successfully drive the retail adoption of cryptocurrency in global retail markets.

The market and revenues

Blockchain and cryptocurrency industry in India is at a very nascent stage. Due to legal uncertainties, in India, crypto trading is allowed only on a peer- to- peer basis, and trading is not allowed by crypto companies. These companies are also not allowed to have bank accounts because of the fear of money laundering by non-state actors.

Blockchain entrepreneurs also do not have a solid direction to progress and construct a roadmap with pre-determined milestones. For this very reason, founders are forced to register their companies outside India.

“Restrictions today are primarily because of minor confusions with policy. We need to engage with the stakeholders and present a positive crypto story. We firmly believe crypto is a big contributor towards our goal of India becoming a $5 trillion economy. Crypto-based companies are scarce in India and are mostly B2C,” says Neeraj.

Speaking about decentralised finance (DeFI), Sumit says: “We have always been a strong proponent of DeFI. A range of products which offers decentralised finance services has already been minted on the roadmap. We want to upgrade the blockchain ecosystem of India. We also wish to benefit a billion people with financial inclusion using crypto enabled fintech services in the next five years,” says Sumit.

CoinDCX raised an undisclosed Seed funding in 2018, which was led by Bain Capital. The startup has empowered traders to trade better using liquidity from some of the world’s leading exchanges like Binance, HitBTC, and Huobi global.

Competition and plans ahead

Cryptocurrency industry is still at a nascent stage and exchanges like CoinDCX act as a gateway to ease the transfer of value – from fiat to crypto and vice versa. The exchange’'s massive liquidity and simple user interfaces are what sets it apart from the rest of the exchanges - at least that is what the founders claim since it makes the trades extremely fast and reliable.

“Our traders trust the platform because of the quick execution of orders on all our products,” says Neeraj.

Some of the other players competing in the space include BTCXIndia, ﻿SmartCoin﻿, ﻿Ripple﻿, and ﻿Paxful﻿, but CoinDCX claims none of them have such large trading volumes. The startup, however, refused to disclose the total traders and average trading volume per trader.

The CoinDCX team also plans to launch DCX Derivatives soon. The startup claims it will be the first to introduce crypto futures in India. This platform will introduce Bitcoin and other crypto futures to traders where they can leverage up to 20x on trades. DCX Derivatives will have both normal and perpetual futures by keeping the risk tolerance and frequency of traders in consideration.

Countries will have to show ‘extreme caution’ on cryptocurrencies, says FM Sitharaman