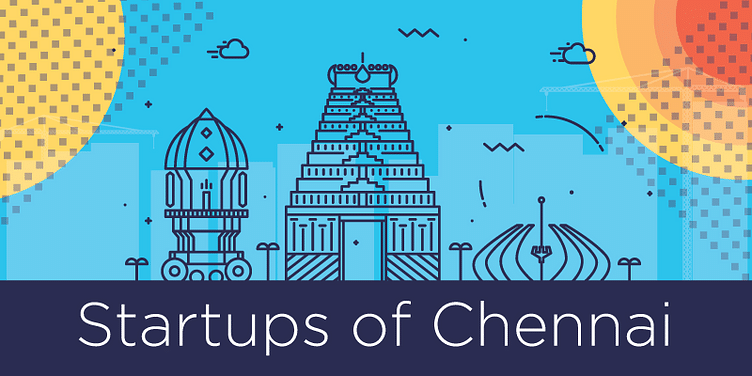 It's worth noting that Chennai startups have recorded a 206 percent jump in the funding amount for H1 2020 from H1 2018 levels.

The capital of Tamil Nadu has seen considerable growth in the number of startups and the startup culture over the last couple of years.

The presence of several mentor organisations like TiE (The Indus Entrepreneurs), CIIE Startupreneurs, IIT Alumni Clubs, and Nasscom’s Million Dollar Startup Programme, has given a push to the startup ecosystem in Chennai. The city’s incubation centres such as IIT Madras Research Park provide the necessary base for a good launch.

While startups based in Mumbai, Bengaluru, and Delhi-NCR have retained their position in terms of funding deals, Chennai has also grabbed the investors’ focus despite the ongoing pandemic.

It's worth noting that funding amounts in Chennai startups have recorded a 206 percent jump in H1 2020 from its H1 2018 levels.

Here are the top 10 funding deals bagged by Chennai-based startups during the lockdown (We have considered deals that were closed since March 25).

Online financial service marketplace raised two rounds of funding during the lockdown, amounting to $9.78 million. In April, the startup raised Rs 29 crore as part of its ongoing Series D round from existing investors, including Amazon, Sequoia, and Walden SKT Venture Fund, according to the RoC filings accessed by YourStory.

In June, the financial service marketplace, which sees around 100 million visits per quarter, raised Rs 45 crore from new investor WSV – a joint venture fund of Walden International and Korean company SKTA – and its existing investors including Amazon, Sequoia India, Experian, and Eight Roads.

The company stated that the latest capital raise was part of ﻿Bank Bazaar﻿’s Series D1 equity financing round, and the proceeds are earmarked to accelerate the delivery of contactless personal finance products and its business expansion in India.

Founded in 2008, BankBazaar is an online marketplace which gives customers instant customised offers on loans and credit cards. It also provides free consumer credit score on its portal and has partnered with over 50 financial institutions in the country.

Including this recent round, BankBazaar, which claims to have been chosen by over 50 of India’s leading financial institutions to integrate with the platform, has so far raised $116 million in funding from investors.

The funding will be utilised by Flinto to support its rapid growth in the early learning space and to expand its newly-launched pre-school solution Flintoclass@HOME.

Founded in September 2013 by Arunprasad Durairaj, Vijay Babu Gandhi, and Shreenidhi Srirangam, the startup claims to deliver structured early learning at the doorstep and focuses on making the child school-ready from the safety and comfort of home during the COVID-19 pandemic.

[Jobs Roundup] Dronna, Ahilane, Flinto and many more are looking to hire you

In June, the startup raised $5.5 million from IndusInd Bank through debt financing as part of its Series C round. The transaction was guaranteed by Development Finance Corporation (DFC) — America’s development bank.

In August, it received a grant of $114,000 from the Dutch entrepreneurial development bank FMO. The grant will be used for procurement and distribution of dual-purpose PPE kits and enablement of on-site soil testing for farmers.

Earlier, in February 2020, the startup had raised $32 million as part of its Series C round led by Lightbox, with participation from FMO — the Dutch entrepreneurial development bank, as well as its current investor LGT Lightstone Aspada.

Started in 2015 by Karthik and Sanjay Dasari, WayCool Foods procures, processes, and distributes a wide range of food products, including fresh produce, staples, and dairy products. It claims to be transporting over 250 tonnes of food every day to 8,000 enterprise clients across southern India.

In April, API platform ﻿YAP﻿ raised $4.5 million in its Series A round of funding led by Singapore-based venture capital firm BEENEXT.

The startup said the funds will be used to strengthen the team, build its technology, and offer enhanced API products to fintech platforms, with a specific focus on enabling access to credit, corporate banking solutions, cross-border payments, and the freshly minted neo banking stack.

The five-year-old company provides access to API-based financial services to over 200 fintech companies. It claims that it closed the last financial year with a 400 percent revenue growth and processed over $2 billion in annual payments, with millions of users through 200+ discerning fintech engagements.

The funds will be used to create an omni-channel presence and build the digital and technological capabilities of the ecommerce business. The company plans to focus extensively on the online-to-offline model, while adding stores in new geographies.

Rebranded in 2008 from Venkateshwara Opticals to Specsmakers by Pratik Shah, the company recently launched a new line of protective eyewear called ‘Blue Zero’ glasses which protects the eye by reducing the risk of macular degeneration.

In August, ﻿Grinntech﻿ closed a round of $2 million from a set of high net-worth individuals (HNIs) and senior people from the automotive industry. The startup specialises in producing lithium-ion batteries for electric vehicles (EVs) and energy storage systems.

Founded in 2013 by Nikhilesh Mishra and Puneet Jain, the IIT-Madras incubated startup is currently working on technologies that can enable fast adoption of EVs.

The startup also unveiled a range of high-tech batteries customised to Indian conditions, along with its proprietary IoT-enabled BMS to power two-wheelers, three-wheelers, and tractors/light vehicles.

In May, online credit management startup, CreditMantri raised a little over Rs 6 crore ($803,146) from a clutch of existing investors including IDG Ventures, Elevar Equity, and impact investor Accion.

In April, ﻿GUVI﻿ Geek Network Private Limited, which owns and operates vernacular-language based education tech startup Guvi, raised Rs 6 crore in its pre-Series A round of funding from Education Catalyst Fund, an education-focused venture capital fund managed by CBA Capital.

During the lockdown, Guvi claims it is experiencing a huge surge in the number of people visiting and signing up for their online courses.

The funds raised will be used by the tea startup for geographical expansion as well as to streamline the supply chain systems.

Founded in 2018 by Vidur Maheswari, Chai Waale has expanded to 14 outlets, including three cloud kitchens, in less than two years since its inception.