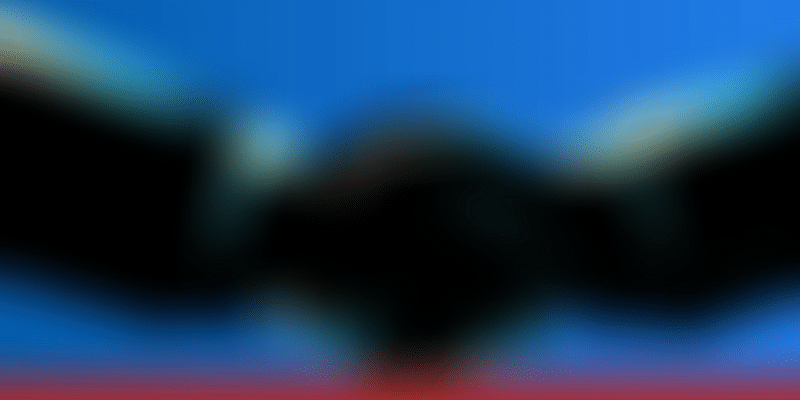 Edtech growth soared due to the pandemic. Now, the sector is witnessing early consolidation, with India’s only two edtech unicorns racing for the next purchase.

Edtech’s sensational rise in the pandemic is well-documented by now. But, of late, deals in the sector have become a bit of a ‘blink-and-you-miss-it’.

Typically, there have been two to three deals per week, eight to nine per month, and more than 70 in the last 11 months from March 2020 to February 2021, according to YourStory Research.

These deals include both funding announcements — edtech was India’s most-funded sector in 2020 fetching a record $2.2 billion in venture capital as per IVCA — as well as mergers and acquisitions (M&As) that have picked up pace in the last two quarters.

Blackstone-backed AESL is a 33-year-old company, which runs offline coaching for engineering and medical entrance tests. During the pandemic, it transferred a section of its offline classes to the Aakash Digital app that launched in June 2020.

Why did BYJU’S pay such an eye-popping sum for a traditional education business? More on that later, but first, here are some other notable edtech M&As that took place recently.

These include Unacademy buying out PrepLadder for $50 million, and acquiring a majority stake in Mastree for $5 million; BYJU’S acquiring Toppr for $150 million (deal is in the works); Unacademy acquiring a majority stake in TapChief for an undisclosed amount, and scooping up NeoStencil; Vedantu buying out Instasolv (where it had led a Pre-Series A investment of $2 million); Unacademy pocketing Coursavy for an undisclosed sum; BYJU’S acquiring LabInApp; upGrad acquiring The Gate Academy and Rekrut India; QuizNext selling out to LEAD School; and Eduvanz acquiring Klarity in the education finance space.

Clearly, sectoral consolidation has begun. But the jury is still out on whether this consolidation is premature or the edtech sector is ready for its next phase of growth.

Sajith Pai, Director, Blume Ventures, tells YourStory, “COVID-19 has brought edtech ahead by two to three years. Some early-stage startups got pandemic market-fit. Their MAUs became DAUs in three months, which is crazy. Capital has come in and capital is chasing the winners. Market leaders are getting a disproportionate premium. But capital wants growth too. If you put in $50 million, you want to see that become $250-300 million in two to three years.”

Pai oversees edtech investments at Blume that has backed Unacademy (one of India’s two edtech unicorns), Classplus, Leverage Edu, Uolo, Mastree, and FlipClass. “It would be interesting to look at the numbers after schools reopen. You could start seeing some drop. This consolidation is just planning ahead of that drop,” he says.

Several edtech startups are also adopting the growth-via-fundraising strategy at a time when venture money is flowing into the sector. “Raising capital is fine, but if it becomes a challenge, startups have to quickly move towards profitability. It isn’t difficult because gross margins in edtech are quite high (70-80 percent),” Pai adds.

Some edtech founders reckon “clean-up and consolidation” was inevitable.

Anshul Bhagi, Founder, Camp K12, told YourStory recently, “Everybody is going to do everything, and specialist players will expand their horizons. Consolidation is happening primarily for two reasons: either to acquire [new users] cheaply, or to offer customer delight. Who gets acquired will depend on execution and how fast they hit exit velocity. Players that are able to build network effects will win.”

So far, a majority of edtech M&As have involved market leaders Unacademy (seven deals) and BYJU’S (four deals, and one failed attempt to acquire Doubtnut). Both companies are doing a bit of a ‘land grab’ right now, according to industry experts.

Interestingly, their consolidation efforts have been driven by the enormous rounds of funding they raised from domestic and international investors.

As a result, Unacademy’s valuation skyrocketed 4X from $510 million to $2 billion in nine months between February and November, while BYJU’S turned decacorn and went from an $8 billion to a $12 billion valuation in a year. It is the world’s most valuable edtech startup today, and on its way to expand globally.

One investor at an early-stage fund told YourStory anonymously, “BYJU'S grew by selling a low-tech high-content product that isn’t live. Now, they are realising that they don't have the 'test prep' muscle as Unacademy, which has acquired horizontal companies in the segment to scale. Or even Vedantu, which has a presence in test prep. That's where the money is. That is why BYJU'S had to acquire Aakash Educational Services (for NEET). They also have to now go from non-live to live learning where Aakash has built a decent live product that could help.”

“BYJU’S will also look to use schools as a distribution platform for its content. Hence Toppr, which is trying to partner with schools, could help them,” he added.

Of all the recent transactions, BYJU’S reported $150-million bid for Toppr has got the industry talking for two reasons primarily:

a) Toppr isn’t a new player. It has been present in the K-12 (and later test prep) segment since 2013, but has struggled to raise funds. The Mumbai-based startup has raised only about $110 million in four rounds (Series D), while its peers pocketed that much or higher in single funding rounds more than once.

b) Almost everyone in edtech agrees that Toppr always had a “good product” that couldn’t scale because it wasn’t pushed well at the right time.

The investor anonymously quoted above says,

“Edtech is buzzy in the early stage, but once you reach Series C-D rounds, VCs typically go for the winners. Toppr has struggled to raise funds, and within the industry, you could sense that it was getting left behind. It wasn't as strong a test prep product as Unacademy or Vedantu. Nor did it have a sales machinery like BYJU'S to drive growth. Toppr got into it [sales push] later, but I wish they'd done it earlier. However, it has a good product in K-12.”

Incidentally, Toppr Founder Zishaan Hayath told YourStory in an earlier interview, “‘Learning apps’ is a multi-dimensional product where several learning modules have to come together to create a complete learning experience. Several companies in the sector started by building one module and hence, are looking at acquisitions.”

Is edtech ‘overhyped’? Will consolidation continue?

In its recent Startup Outlook Report 2021, InnoVen Capital stated that edtech was voted as the “most overhyped sector” by 56 percent of founders and senior leaders in India’s top 100 startups. (The second sector was gaming at 5.4 percent.)

Yes, edtech was the natural gainer from the pandemic, with educational institutions and coaching centres closing en masse, and forcing hundreds of millions of students to take online classes, thereby accelerating growth and activity in the sector.

But, will this sustain beyond the next few quarters? Will edtech continue to attract the premium capital it has even after 2021?

Narayanan Ramaswamy, Partner & Sector Head – Education and Skill Development, KPMG in India, told YourStory, “The ‘compulsion’ of edtech may not be there once schools reopen. But, edtech is a phenomenon that has been there even before the pandemic happened. The lockdown showed how edtech can be a game changer. In my view, there is no turning back. Edtech will get more streamlined and accepted as a part of curriculum, content, pedagogy, assessment, and certification, and will continue to see patronage and adoption by all stakeholders.”

However, the contours of edtech are still evolving.

“Since the market share of each sub-segment is not very large right now, every player is trying to enter every segment to consolidate,” Ramaswamy explains. “Like it happens in other sectors, there will be space for all categories of players — large consolidated ones, niche ones, regional ones, and full-service players.”

Who knows, edtech could even go the ecommerce way, with large foreign companies making a bid for India’s most successful education startups.

Time will tell. For now, there’s another M&A around the corner.