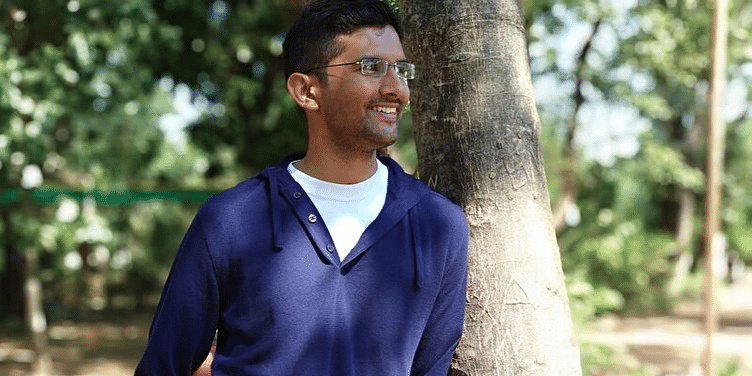 NIRMAN aims to to address the developmental challenges Indian youth face and to hone leadership and potential. The organisation holds workshops to foster personal exploration and growth, explore social challenges, and ideate on possibilities for social uplift.

Psychologist Jeffrey Arnett defines “emerging adulthood” as the phase from late adolescence to early adulthood (18 to 25 years) when individuals become more independent and are ready to explore possibilities. In India, that segment can also be loosely termed “emerging youth”. It is the largest in the world, and comprises youngsters who struggle with “identity, instability, self-focus and feeling in-between”.

According to the ‘World Population Prospects: The 2015 revision’ (a database of the United Nations Population Division), India has the world’s highest number of 10 to 24-year-olds–about 242 million despite having a smaller population than China. With the country expected to have 34.33 percent share of the world youth by 2020, the time to address this burgeoning group with a foundation-enabling ideology was ripe.

That is why NIRMAN, under the aegis of its parent company SEARCH - Society for Education, Action and Research in Community Health, was initiated in 2006 to address the developmental challenges faced by Indian youth, and to hone leadership and potential across the country.

The idea itself was conceived by Dr Rani and Dr Abhay Bang who founded SEARCH in Gadchiroli, Maharashtra. In 2008, Amrut Bang, their son took over the mantle and is successfully leading NIRMAN today.

NIRMAN aims to bridge the chasm between societal problems waiting to be solved, and India’s youth who are in search of a purposeful and meaningful life.

“The current education system gives a lot of information, occasionally a few skills, but does not give the youth a sense of purpose. ‘What should I do with my life?’ remains the unanswered question. Very few get a chance to actively search for the answer,” states Amrut Bang, programme lead at NIRMAN.

The organisation’s goal is to encourage the youth to embark on a journey of self-discovery to find their life’s mission that stimulates them intellectually, and paves the way to emotional satisfaction.

A journey of self-realisation

That Indian society is riddled with grave problems like poverty, malnutrition, unemployment, lack of quality education, food and water scarcity, and global warming, What NIRMAN creates with its focused workshops and mentorship is a large group of young professionals that understand, explore, and are socially responsive to these burning social problems.

NIRMAN conducts a series of three workshops, each comprising of eight days, every six months in in its green campus at Gadchiroli. It has had nine batches so far, with the 10th batch all set to start early December 2019.

The workshops aim to foster personal exploration and growth, explore social challenges, and ideate on possibilities that contribute to social uplift.

These workshops are led by changemakers who inspire the youth to lead a meaningful life, cultivate one’s understanding of real-world problems, and groom young leaders to work towards the betterment of society.

Providing health services in remote rural and tribal areas, rural electrification, watershed development, waste management, activism through RTI for improving transparency, research on chronic diseases such as malaria and pneumonia, and providing appropriate technology to improve the well-being of labourers and porters, their developmental work is focused on diverse issues.

NIRMAN also conducts lectures and seminars at various colleges, and provides action-based learning and volunteering throughout the year. Personalised fellowships are also offered.

Since inception, more than 1,230 participants have joined the community in nine batches with backgrounds ranging from medicine, engineering, theoretical physics, journalism, fine arts and agriculture.

The initiative has also received funding from Vivek Sawant, MKCL, the Amit Chandra Foundation and the Spine Foundation led by Shekhar Bhojraj, amongst others.

“The biggest impact that NIRMAN has created for youth in India is that it has provided immediate growth to the individual and made people interested in social challenges. Further, it has provided youth with an authentic experience through our community-based workshops,” Amrut says .

Many workshop graduates are now working on various social issues. Some have started their own ventures while others work with different non-profit organisations, the government, or even on their own social projects, despite tackling full-time jobs.

For instance, NIRMANI Pranjal Koranne, with a master's degree from IIT-Madras, has worked with 112 children in a tribal ashram shala of Rangi to improve reading literacy.

Another graduate, Dr Aarthi Gorwadkar helped provide clinical care and de-addiction facilities in the tribal district of Gadchiroli .As the only psychiatrist in Gadchiroli, she recently conducted the first community-based survey of mental health disorders among tribal people in India.

The young psychiatrist has greatly benefited from the organisation. She came to NIRMAN at a time when she was contemplating higher studies in the US. Many of her peers were already in the US with fat pay packages, but her life changed when she chose NIRMAN.

“Coming to NIRMAN changed my outlook and the way I saw myself as a doctor. I used to previously think from an extremely conventional point of view. I met so many other people who thought like me, and wanted to contribute to society, and make a meaningful impact. Today, NIRMAN holds a special place in my heart, I feel an emotional belonging, and it has enriched me,” Aarthi says.

“One of the early challenges while launching NIRMAN was convincing youngsters and their parents about the importance of having and finding a purpose in life, and the long-term benefits therein,” Amrut reveals.

Amrut Bang, who graduated in 2007 with a bachelor's degree in computer engineering from the Pune Institute of Computer Technology, worked as a software engineer in the antivirus MNC Symantec in 2008 for eight months before he became programme lead at NIRMAN, and joined his parents in the inspiring work.

“I used to write code for someone else’s banking to be secure. One day, I realised that this was not my purpose; life should be more meaningful. India has grave problems, and I wanted to be able to contribute, create a change in society and solve these problems. That was when I decided to join NIRMAN and make a difference. Being passionate about youth and their development, I wanted to be able to help them,” Amrut says .

From 2008 to 2015, Amrut led the programme at NIRMAN. He then took a break for a year to pursue an MS in non-profit leadership from the University of Pennsylvania. He even received the prestigious Richard J. Estes Global Citizenship Award at the University, an award presented to a graduating class fellow who has demonstrated commitment towards social impact.

Amrut then came back to help the youth in India, and continues to work as the programme lead even today.

“I dream of an India with more than 10,000 Indians who are NIRMANIs,” Amrut says. He now hopes for pan-Indian participation going forward.

NIRMAN recently collaborated with the Maharashtra University of Health Sciences and will be conducting workshops to create the largest sensitisation drive for doctors across the state. Medical students who wish to contribute to social good will be selected by NIRMAN to be a part of their workshops and growing community.

Caring for son with autism, this couple is now building a township for autistic care

In the face of great prejudice, this sub-inspector married her lesbian partner in a traditional Hindu wedding