These entrepreneurs teamed up with their dad to found startups 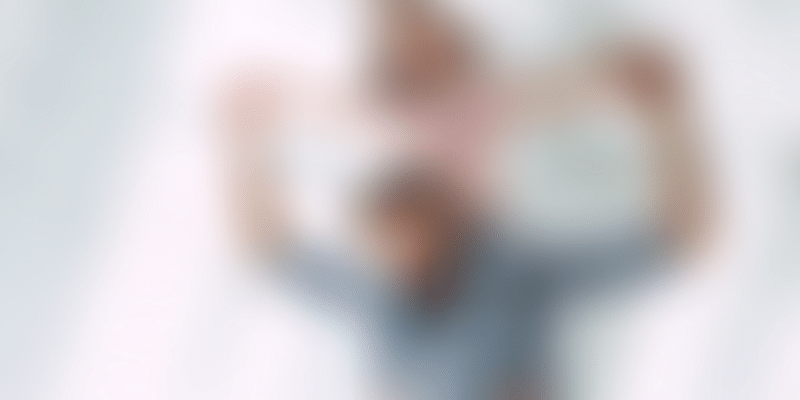 Fathers tend to be our compass while we navigate the vagaries of life, and some fathers are the guiding light to their children at work as well. These startups run by father and son/daughter duos show that a dad can be a great partner at the workplace too.

The wisdom that fathers pass on to their children is priceless and sticks with them for a lifetime. Fathers tend to be our compass while we navigate the vagaries of life, and some fathers are the guiding light to their children at work as well. These startups run by father and son/daughter duos show that a dad can be a great partner at the workplace too.

YourStory presents stories of strong teams built by fathers and their children as a labour of love.

The startup idea behind Wizely could very well be the most common thing every parent tells their children: save money. And while at it, this father-son duo is focussed on making saving effortless so that people can check off their bucket list goals, free of guilt. It can be travelling to an exotic place, buying the next cool gadget or getting a set of jewellery for your mother.

Wizely was started in January 2018 but the process began much earlier between June 2016 and March 2018. Vijay Bobba is a serial entrepreneur who sold his previous company PayBack to Amex. Nihar Bobba, on the other hand, is a data science proponent who has worked as an i-banker in the US.

The duo is now keen to instil the discipline of saving among the young population. They surveyed thousands of Indians and their aspiration to save, studied the data and convinced their retail partners about the need for a saving platform.

“Borrowing is easy, paying back is difficult. We help people save and use savings to pay for their expenses,” Nihar told YourStory recently, a piece of ‘wizdom’ his father may have instilled in him while growing up, no doubt.

An accident left Akhilesh with a broken shoulder and numbing pain. Having 33 years of experience in making aromatherapy oils himself, he prepared a perfect blend of herbs that ended up relieving his pain as well as his friends’ and relatives’. His daughter, Swapnil, then joined in to make Aromazeia, a full-fledged platform for naturally made essential oils.

Although the family has been making essential and aromatherapy oils, hydrosols, flavours, and fragrances since 1911, they established a manufacturing unit in Uttarakhand towards the end of 2014. Together, the father and daughter ship Aromazeia products to other countries including Argentina, Australia, Austria, Bulgaria, Belgium, Bosnia, Brazil, Columbia, Bulgaria, Cambodia, Canada, China, Chile, Denmark, Indonesia, and France.

“Our sole ambition is to spread this love all around the globe and bring people closer to Mother Earth,” Swapnil said in a previous interview with YourStory.

This Father’s Day, gift your dad some cool gadgets to show him just how much you care

The father-daughter duo then built a supply chain network Jeevaniya Naturals. They have a store in Lucknow and products sourced from her network of organic farmers are available there.

The motto of her venture being to rejuvenate and preserve the health of the healthy and alleviate the disease of the sick, Deepti said,  “Jeevaniya Naturals promotes preventive and sustainable healthcare and the use of organic and other traditional health and wellness products.”

Mitali Tandon is the Founder and CEO of Morning Fresh. Long before now, during her college years, she volunteered at organisations like Spastic Society of Karnataka, and was part of ‘Young Enterprise’ group and worked as fundraising manager at an NGO for Dalits and Adivasis in Karnataka. It was when she worked at her father’s business that she found her ‘eureka moment’.

ADH is a naturally occurring enzyme in the liver that helps in breaking down alcohol. So the father-daughter duo worked together and discovered that certain peptides in silk protein stimulate its production. The idea worked and it led to Morning Solution, an easy way to overcome hangovers.

In a previous interview with YourStory, Mitali said that drinking Morning Solution every night should be the new drinking routine to be ready to take on the next day.

Deekshith and Thanmai founded IoT Research labs in 2015 when they saw an opportunity to address challenges in the vehicle industry using technology. It is a fleet management company, powered by Internet of Things (IoT). When the idea first clicked with Thanmai, he talked with his father. Their conversation soon moved on to harnessing technologies like Internet of Things, cloud computing and data analytics.

“It struck me at that very moment that he would be the best person to oversee my idea, as it evolved," Thanmai said in an interview with YourStory. And they began educating the drivers and fleet owners about the technology.

The IoT based sensor gathers information about the vehicle and users can log on to the application to view the details. The startup also provides insightful reports and analytics that help businesses to make data-driven business decisions.

Brinda, along with her father-in-law, bought eight cows, a couple of bulls, and began rearing the Gir breed. Researching on how Indians consume milk, they found out that Indians use European cows and hybrids to increase the quantity of milk. They produce A1 milk which is not as healthy as A2, produced by local cows.

They have now set up a family farm, Varenyam Farms, with 130 cattle heads, selling milk under the brand HMS milk. The venture’s main aim is to preserve indigenous breeds of cattle and spread awareness among people about healthy ingredients from their farm.

But this is not their first collaboration. Brinda, her sister, and father-in-law had created a platform where a farm’s output could be showcased to the public using social media.

This father-daughter duo had a vision to build a tech company in Chennai. At the time, Lakshmideepa was already working at an international telecom company in London, and her father was a serial entrepreneur. Lakshmi relocated to India in 2012 and teamed up with her dad, and they developed an NFC-enabled product to launch YELDI Solution in July 2015.

They collaborated with NXP Semiconductors for their core technologies and developed NFC handset, card, backend infrastructure, and mobile app.

Speaking to YourStory in 2016, Lakshmideepa said she heads the business development, product management, marketing, and advertising and HR in YELDI Softcom.

Ved Ram Nagar started Paras Dairy in 1960. But he wanted to do something that will help people. And thus, Paras Healthcare was born with the idea of making healthcare affordable and accessible. His son, Dharminder Nagar, who was a doctor, joined hands with him to start the first Paras Healthcare hospital in 2006, followed by others in Patna, Noida, and Darbhanga.

Apart from medical studies, Dharminder had an MPhil from BITS Pilani and an executive MBA programme from Harvard.

“Like any parent, he stressed that I get out of academics and start implementing my learnings. My seed capital wasn’t much, and land for the hospital was given to me by my family,” Dharminder said in an interview with YourStory.

One principle that Ved Ram Nagar worked on which resounded with his son was: what you give to the universe comes back to you.

Dipti Motiani had worked with her father building Freshtrop, a Rs 200-crore food processing company focused on exports. But she then convinced him about another venture when the thought struck her: why not make in India for India? And that led to Second Nature, which produces superior quality nut milk and cold-pressed juice from Nashik. She began to research the processes that go into sourcing quality fruit by working closely with farmers.

“We wanted to make a product that we could offer to our children. This, in a nutshell, is our focus - a product that we ourselves love to consume and a product that Indian mothers can give to their families without worrying about what’s in the bottle,” she told YourStory earlier.

When Aayushi completed her postgraduate course from Delhi’s Shri Ram College Of Commerce, she thought of tapping her father’s area of expertise. Her father has worked as CFO and vice-president of Nike India and founder and managing director of Lotto’s master franchisee Sports Lifestyle Private Limited (SLPL).

They noticed that the sportswear market in India was either dominated by the top few international brands or the local factories and private labels. Mid-segment sports lifestyle brand seemed promising to them.

With Globalite retail, they set on a journey to make all types of footwear, ranging from sports shoes to casual shoes, sneakers, loafers, clogs, slippers and sandals.