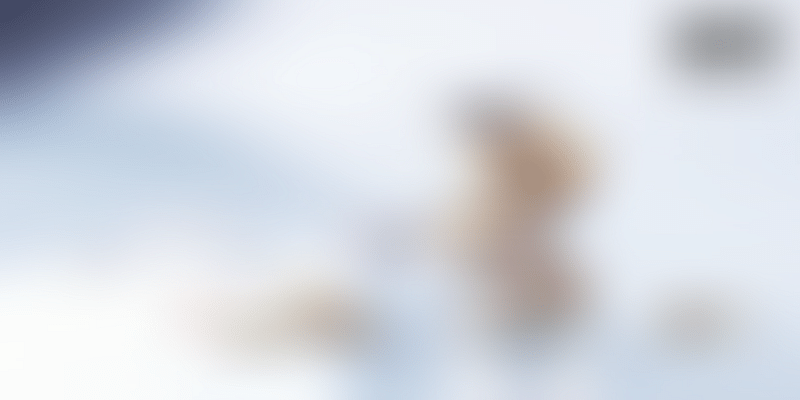 This week, Gurugram-based 1mg and Bengaluru-based Unacademy bagged the most funding, while GOQii and Bellatrix Aerospace caught the eye of Bollywood’s Akshay Kumar and Deepika Padukone, respectively.

Growth capital took the centre stage with the ecosystem seeing close to four Series D deals that together contributed $170 million to the total amount.

There were three Series B deals that garnered around $47 million, while there was only one deal of $3.6 million in Series A round.

Seven were Pre-Series A deals, one of which was undisclosed while the other six raised $9.2 million. One deal was an angel round worth $145,000.

From Priyanka Chopra to Deepika Padukone: Bollywood actors are investing in startups

The highlights of the week

Gurugram-based 1mg raised $70 million in Series D round led by IFC (the investment arm of the World Bank) and Corisol Holdings, a European family office and the largest shareholder in Zur Rose/ DocMorris (Europe’s largest e-pharmacy). The healthtech platform will be using the capital to accelerate investments in its growth, supply chain, and healthcare AI.

Unacademy, the Bengaluru-based edtech startup, raised $50 million in Series D round from Steadview Capital, Sequoia India, Nexus Venture Partners, and Blume Ventures. The company will use the funding to fuel its expansion strategy.

Health and fitness startup Cure.fit announced it has closed a total of $120 million in its Series D round. The Bengaluru-based startup had raised $75 million in April 2019, and an additional $45 million now. It aims to utilise the fresh investment for its expansion plans in India and across the world.

Co-living and co-working provider NestAway raised $5 million in second tranche of its ongoing Series D round from University of California and RNT Associates (UC RNT Fund). The Bengaluru-based startup secured $10 million from Tiger Global and Chiratae Ventures in May this year.

Bengaluru-based Astrogate Labs, which works in the satellite communication field, raised an undisclosed amount of funding in its Pre-Series A round from VC firm Speciale Invest. The spacetech startup has several big plans up its sleeve, including a small-aperture optical ground terminal and plans to set up a network of optical ground stations.

Celebrity-led beauty and wellness company Scentials raised Rs 25 crore in Series A round led by Unilever Ventures. The Mumbai-based company will expand its offerings by introducing new lines and limited editions across the country starting with a makeup line with Malaika Arora before Diwali.

Bellatrix Aerospace, an IISc-incubated spacetech startup, raised $3 million in Pre-Series A from a group of venture capital investors.

Yashas Karanam, Co-founder of Bellatrix Aerospace, said lead investors IDFC-Parampara, StartupXseed, Karsemven Fund, and Survam Partners led the round. The investors also included Bollywood actor Deepika Padukone (through KA Enterprises), GrowX Ventures, and incubators CIIE (from IIM-Ahmedabad) and SINE (from IIT Bombay). The Bengaluru-based startup will use the funds to expand its team and demonstrate its tech in space.

Swag Fashions Hub, a celebrity-led apparel and accessories company, that was Co-founded by tennis star Mahesh Bhupathi, raised Rs 20 crore ($2.9 million) in its Pre-Series A round from high-net-worth individuals to expand its offerings.

Bengaluru-based Streak AI Technologies raised Pre-Series A funding of $1 million led by 3one4 Capital, with participation from existing investor Rainmatter Capital. The financial technology startup  will use the funds to grow the team, scale the customer base, and focus on transforming retail participation in stock markets.

Early-stage fund Prime Venture Partners invested $1 million in Pre-Series A round in Bengaluru-based reconciliation software startup Recko. The company said it will use the capital to expand its team and speed up the product development and data capabilities.

Networking platform for professionals, TapChief, said it has raised $650,000 in Pre-Series A from more than 50 investors including SEA-based VC firm 500 Startups, AngelList India, Stanford Angels, and SucSEED Venture Partners.

Seed-stage investment platform Indian Angel Network (IAN) invested over $500,000 (Rs 3.5 crore) in Pre-Series A round of edtech startup ConceptOwl. The startup will utilise the funds to enhance and diversify its offerings, and bolster its sales and marketing operations.

Bollywood’s superstar and health icon Akshay Kumar invested an undisclosed amount as part of the Series C round in wearable tech startup GOQii. The actor has also joined the company's board as a strategic advisor, partner, and its brand ambassador. With a user base of about 2.7 million, the company is looking to grow to 10 million users by the end of FY20.

Fintech startup Open raised Rs 210 crore ($30 million) in Series B round, led by Tiger Global Management and participation from Tanglin Venture Partners Advisors. Existing investors 3one4 Capital, Speedinvest, and BetterCapital AngelList Syndicate also participated in the round. The startup plans to use the funding to scale up the team, launch more products and value-added services, as well as expand its reach to one million SMEs in the next one year.

Bengaluru-based biotech startup String Bio announced on Thursday it has raised an undisclosed amount of funding from a number of investors including Ankur Capital. Other investors include Oil and Natural Gas Corporation Limited (ONGC), French investor Seventure Partners, Karnataka’s Information and Biotechnology Venture Fund (KITVEN), and Srinivasa Hatcheries. The startup said it will use the funding to develop alternate proteins for global feed and food companies.

Coimbatore-based co-living space provider Isthara Parks Pvt. Ltd has raised $5.7 million from JM Financial India Fund II, a Mumbai-based sector-agnostic growth-capital private equity fund. The startup will use the money to fund its expansion plans in its existing markets of Hyderabad, Bengaluru, and Delhi-NCR region as well as in other key cities in Asia.

Noida-based i2iFunding, an RBI registered peer-to-peer lending platform, has raised around $253,000 (Rs 1.75 crore) from SucSEED Venture Partners for its growth and expansion.

New funds to look at

Alternative asset manager Roots Ventures is on track to close its Rs 200-crore maiden fund that will invest in early-stage and growth-stage companies in India. Besides, the fund also has a Rs 100-crore greenshoe option that will allow it to raise additional capital if the fund is fully subscribed.

With the support of TV Mohandas Pai, Chairman of Aarin Capital, a new Japanese fund is coming to Indian shores. The Indo-Japan Emerging Technology and Innovation AIF is a fund of funds (FoF) with a unique proposition of investing and managing a portfolio of 15 to 25 India dedicated VC funds. It will undertake its first closure around the end of September this year.

Looking for angel investment for your startup? Here's all you need to know