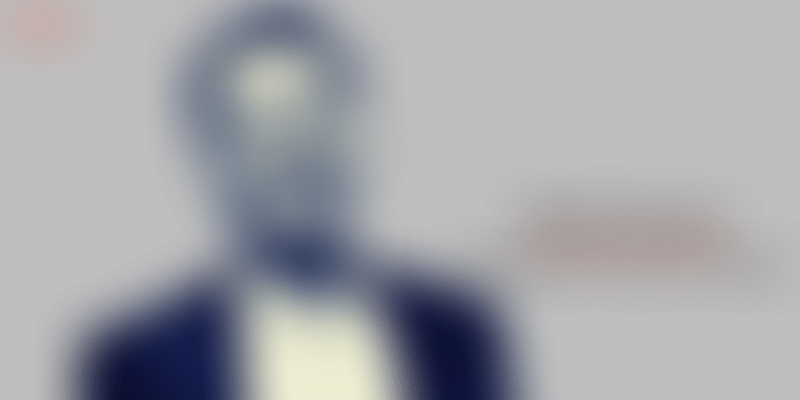 “Why are you doing this?”

This is the first question Bejul Somaia asks startup founders in every pitch meeting.

In his nearly two-decade long stint in the venture capital and startup world, Bejul has consistently relied on this question to tell apart bold founders who are in it to play the long game and win at all costs.

As the Managing Director of Lightspeed Venture Partners, he has done that consistently for the past 12 years at the early stage venture capital firm, betting on unconventional names and bold ideas that have yielded stellar returns for the firm.

The examples are many.

Lightspeed was the first investor in power marketplace Indian Energy Exchange (IEX) until its eventual IPO. Later, as Partner, Lightspeed India Ventures — which Bejul helped set up — he was an early backer of OYO when the hospitality company was just two-properties-old; his investment of over $20 million yielded a 35X return when Lightspeed made a partial exit in 2019.

“The one thing we've operated by since the beginning is first principles — about what needs to exist in this country," Bejul tells YourStory.

"We continue to want to support really talented founders very early in their journeys to build, what we hope and what they hope, will be very large companies,” Bejul emphasises in a nearly hour-long conversation with YourStory Founder and CEO Shradha Sharma, shortly after Lightspeed India announced it raised $275 million for its third India-focussed fund.

The Build-in-India opportunity for startups

This explains why Bejul is particularly excited by the ongoing movement to build a self-reliant India, with Indian startups and India Inc heeding the call to build world-class products and solutions from India.

“Could we be more fortunate to be doing what we're doing in this country at this time when the government is so committed to Digital India and entrepreneurship and to this idea of self-reliance? I think it's so powerful."

At the close of its third India-focused fund, Lightspeed — which has so far invested over $750 million in India — said the latest fund will be used to “partner and support bold entrepreneurs building for tomorrow, right from inception through growth stages.”

“Even beyond the entrepreneurs in India, there are a lot of folks in the US who are really interested in coming back home,” notes Bejul, referring to the growing momentum of Indian talent, particularly tech talent, choosing to return home to innovate and solve for India-specific problems with global implications.

“What's most exciting for us is the idea of first principles… Just because something worked in China or the US, does not necessarily make it the right solution for India. We want to work with founders who are deeply connected to the markets they operate in,” Bejul says.

Whether it’s ﻿Udaan﻿, India’s B2B marketplace designed specifically for small and medium businesses, or ﻿Yellow Messenger﻿, Asia’s largest conversational artificial intelligence platform for enterprises, or ﻿Darwinbox﻿, a cloud-based human resources management software provider, or ﻿Oyo﻿, the Indian hospitality chain of leased and franchised hotels and homes that has gone global, or ﻿BYJU'S﻿, the world’s largest edtech decacorn, or ﻿ShareChat﻿, the largest Indic language social media platform — the common element remains the unique products and services built by these companies based on their deep connect with and understanding of the market.

Exciting day for @IEXLtd and @lightspeedvp as IEX starts its journey as a listed company! pic.twitter.com/ka25OPanWa

“Ten years ago, you could have called me crazy if I told you there were going to be billion-dollar startup valuations in India,” Bejul says.

“Ten years ago, there was no Aadhaar, there was no UPI. There was no Jio. The largest companies were maybe a $100 million-type revenue. You didn't have this flywheel in the ecosystem and momentum; yet, we have come that way in 10 years. So now, we have momentum. Let's imagine what will happen in the next 10 years,” he adds.

Since launching Lightspeed India Ventures in 2007, the sector-agnostic firm has made the maximum number of investments — over 80 percent — in firms at seed or series A stages, with some as early as pre-product or pre-traction.

Which is why the ‘people decision’ and the ‘market decision’ are so crucial, says Bejul.

Equally important are founder-investor relationships and investing in building authentic, long-lasting relationships that are built on the foundation of trust, honesty, humility, and a shared sense of purpose, says Bejul.

Talking about how understanding one another was the crux to making founder-investor relationships work, he explains,

“Let's say I was fortunate enough to be an investor in your journey. That doesn't mean that we will always agree with one another, but if we understand each other and we respect each other, then we will listen to each other. And, I think that's really important.“

Bejul went on to contextualise the equation with an example of how a venture investor might believe that the way to win was by heavily subsidising the offering and to scale very rapidly, while the founder may have contrary views.

“One of the things we try to do before any investment is just spend time with founders, obviously getting to know each other, but also talking about what's important, in the way that the founder is thinking about the business over the next 12 to 18 months; what are the things he or she is focusing on? And we often talk about this idea of milestones. It's not about numbers, but broadly aligning the product-market fit is important right before we scale,” he says.

Indeed, Bejul himself came armed with his own entrepreneurial experience — of starting his own company focused on local search in 2003 — and operational experience during his stint in a venture-backed startup in 1999 as an early employee, before Lightspeed eventually offered him the opportunity to build a business from scratch in India.

His move from an operating role to a VC role meant Bejul had to take on and view risks differently, learn tremendously on the job, and stay focused on the prize — something he works with founders to help them see.

“Doing this (agreeing on long-term milestones) is important because this is a long journey and it's never a straight line. Conviction is always tested at some point in the journey. The company will hit an air pocket and an investor will have to figure out whether they can take this leap of faith. And in order to make a leap of faith, you have to understand the other person. And you have to know that there is this fundamental alignment,” he adds.

Empathy in leading amidst a crisis

Bejul believes that tough business decisions, even when backed up by numbers, have to be viewed through a lens of humanity in tough times and tempered with empathy.

“For a business, the most important thing has to be survival because if we don't survive, then no jobs are preserved and sometimes tough calls have to be made. However, this doesn’t mean that you can’t make and implement these decisions without a sense of humanity,” he says, adding,

"Empathy, with transparency, are just foundational."

Bejul also advocates tempering all aspects of entrepreneurship with a sense of fair play and ethics — including data and numbers in a VC pitch.

“If you can tell a small lie, chances are you can just as easily tell a big lie,” he adds.

Humility, attention to detail, a sense of purpose, and exceptional understanding about the market are traits Bejul admires in entrepreneurs.

No wonder then that he questions the assumption that one has to be aggressive to succeed.

He uses a cricket analogy to elucidate this point.

“Was Rahul Dravid aggressive? He wasn't. But was he incredibly intense? Was he persistent? Was he the epitome of determination? Was he resourceful? Could you count on him? Would he just grind it out?”

“Was he aggressive? Was he flamboyant?”

So, being aggressive or high energy or flamboyant should not be misconstrued as markers for success. Instead, authenticity and honesty are more likely indicators of success.

“What I found is actually the people that are most powerful are those who are most authentic and operating in a way that is most true to themselves,” Bejul says.

I feel it in my bones

Bejul — who is part of Lightspeed’s dedicated investment team being set up in Singapore to invest in Southeast Asian markets — has always viewed the ability to influence founders as a ‘remarkable gift and responsibility.’

In fact, if one has to evaluate the power equation between startup founders and investors, Bejul believes, in all humility, that — contrary to popular view — the power lies unquestioningly in favour of the entrepreneur.

“Our success rides on the work that entrepreneurs do. If we are successful, it is because they are successful, and we should never forget that. What we can do is bring the best of ourselves to every situation and not come in with preconceived notions or ideas. Ultimately, we're in a service business, and there is no room for ego or a lack of humility,” he says.

Super excited to take our style of early-stage investing and company-building to SEA!@lightspeedvp @LightspeedIndia https://t.co/T8C5ENtwEi

The veteran investor — who is regarded as a top VC dealmaker for his ability to help build and shape market-leading businesses and generate stellar returns on investments — believes there’s never been a better time for entrepreneurs to build in India.

“I feel it in my bones that it's going to be amazing. I just think it's an incredible time to be building. And I hope more risk capital comes into the market. I don't hope that as an investor because it's more competition for us, but I hope that for entrepreneurs because it can be the catalyst for people to go on their journeys and pursue their dreams, which I think is incredible,” he says signing off.

Watch the full video interaction with YourStory Founder and CEO Shradha Sharma for more insights from Bejul Somaia on the following topics:

[00:51] On building Lightspeed as an entrepreneur

(With inputs from Trisha Medhi)